Love arguments are a piece of the puzzle called relationship. Even the calmest partner can sometimes find themselves in a heated argument. Some arguments can lead to a better relationship and some can put an end on your relationship.
Despite the cause of the argument, partners must play nice so that they don’t turn the battle into a raging war. 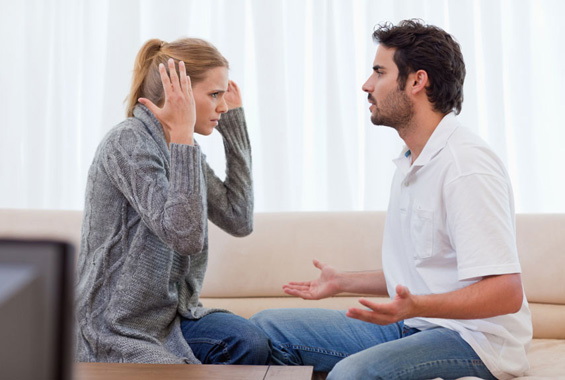 If you don’t want to cross the line of no return, try not to use these horrible sentences during your heated “discussions”.

Actually, we’re talking about any offensive word there is. Your argument will be childish and immature if you use these kind of words. Don’t you ever forget that words have the power to hurt. Restrain yourself of using offensive words and talk to him by his name. Keep your dignity and good manners, even in a love war.

WHY CAN’T YOU BE MORE LIKE… Ana’s boyfriend? Your brother?

Comparing you partner with someone else may look like a good method for motivating him but these kind of comparings can make your argument even worse. So, lock those thoughts in your head.

Just so you get it better, you think – Ana has lost some weight.If she can do it, I can do it, but if your partner says to you – Why can’t you lose some weight as Ana did?- you might find this offensive.

I WANT TO BREAK UP

You may think that by saying this you”ll give a more serious tone to your argument and you will show that you can’t be taken for granted, but you might be facing with an agreement from your partner.
If you really want to put an end of your relationship, wait for a calmer moment. 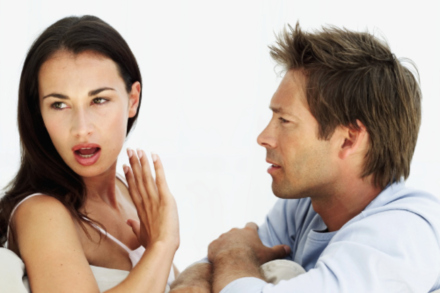 If you let your argument escalate to this, the damage might be irreversible. This is one of those statements that you’ll wish to go back in time and stop yourself from saying this. Although said during a heated argument, these words can stick between you for a long time. So the rule is simple, NEVER say I hate you during an argument.

I AM NOT ANGRY

You refuse to communicate and instead of having a healthy discussion, you turn your head to the side and claim that you’re not angry. Men know the meaning of “fine” so why expect that he’ll believe in you lie?

Sit with him and tell him why you are angry, you’ll feel much better. If you weren’t angry, there wouldn’t’ be an argument in the first place.

I TOLD YOU SO

Oh, those sweet words that confirm your female intuition. They seem so powerful for you and so devastating for your partner. Telling him I told you so is like pouring gas in a fire. What good will come from your ego if the result is a horrible argument and not speaking for days?

People change and that’s normal. Change is a part of growing up and maturing physically and mentally. If your partner has changed a lot, there is a place and time and a different approach to talk about that.

Bringing up this during your argument will take away the attention from the real issue and point out to an issue that doesn’t have anything to do with the argument.

IT IS ALL YOUR FAULT

It takes two to tango and it takes two to argue. Even though you know that it’s his fault, you should point it out that much during your argument. Ask yourself this – What are you doing with this man who does everything wrong? Sure you don’ mean it, so don’t bring it up in an argument. 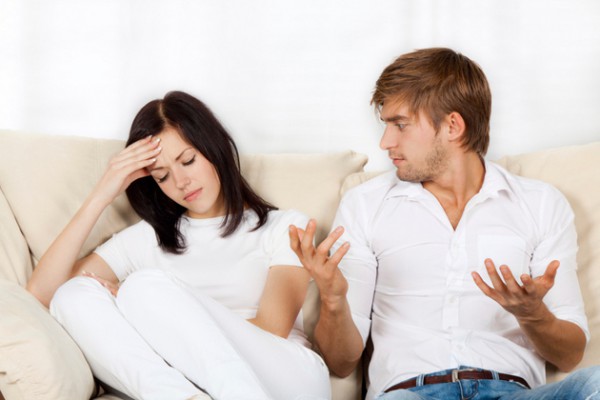 We already said that comparing is bad, but comparing using his parents is the worst and that doesn’t lead to anything good.

MY FRIENDS WARNED ME

All men have nightmares from the intimate girl talks. They are aware that your friend’s opinion is very important, but sometimes that opinion can manage your relationship. You can’t tell your partner your friend’s opinion during the argument. It’s already enough that you two are having an argument, why drag your friends in it?

WE’RE NOT DOING THAT TONIGHT

The holy Grail of women’s threats. There isn’t a more degrading statement during an argument. While making your partner feel bad, you restrain yourself from pleasure too. Making love after an argument is the best thing ever!

Read more about: How to start forgiving and forgetting