You may have heard the general guideline during pregnancy is to not drink, but you may have wondered, “is alright to have a drink or two while pregnant?”

In short, there is no amount of alcohol that has been proven safe during pregnancy. Drinking is not recommended during pregnancy for the safety of the developing fetus. Alcohol consumption can lead to Fetal Alcohol Syndrome (FAS), which can result in physical, psychological, and neurological abnormalities.

Not drinking while you’re pregnant can get complicated if you’re an alcoholic or in recovery. Expectant mothers in this situation tend to struggle the most. 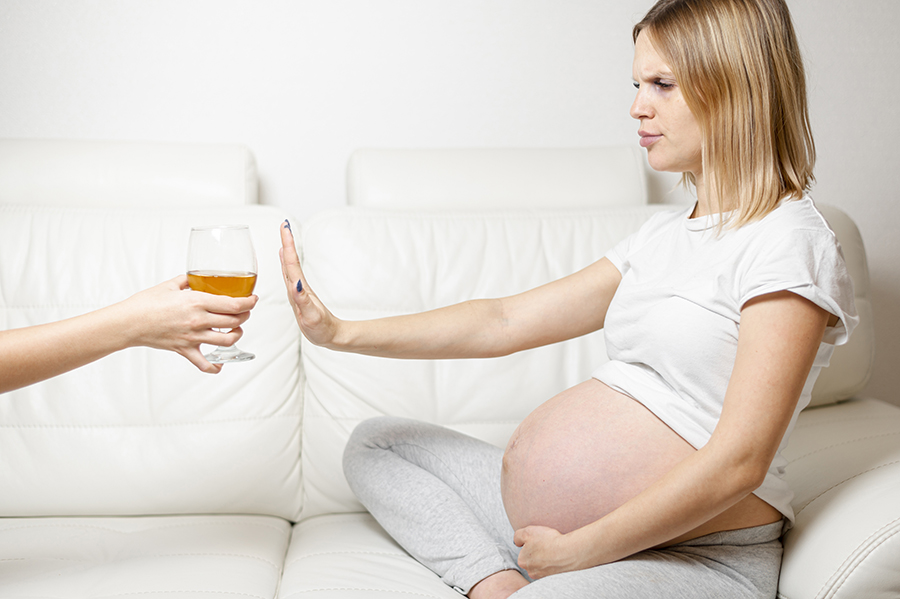 Let’s go over in more detail why it isn’t okay to have an occasional drink during pregnancy.

What is Fetal Alcohol Spectrum Disorder?

First, let’s talk about Fetal Alcohol Spectrum Disorder (FASD), which can result from prenatal alcohol exposure. There are four conditions that fall under FASD:

All four of these conditions are the result of alcohol exposure during embryogenesis or after birth until age three years old.

Moreover, children with FAS may not demonstrate all of these features: some children only have minor brain dysfunction while others show no signs at all (i.e., they look completely normal).

Besides FAS, other risks for your baby include miscarriage, stillbirth, or preterm birth. Drinking during pregnancy increases the risk factors of these outcomes occurring.

A miscarriage is the spontaneous loss of a pregnancy during the very early stages. Alcohol can increase the risk factor for this. In fact, there is a 20-fold increased risk of having a miscarriage if you have more than two drinks per day or five drinks per week during pregnancy.

Stillbirth is a term used for a fetus that shows no signs of life after 20 weeks. Heavy drinking during pregnancy is a high-risk factor for having a stillbirth because it can interfere with fetal development.

A preterm birth is the delivery of a baby before 37 weeks of pregnancy. Drinking alcohol during pregnancy increases your chance of having a preterm birth by 50 percent. 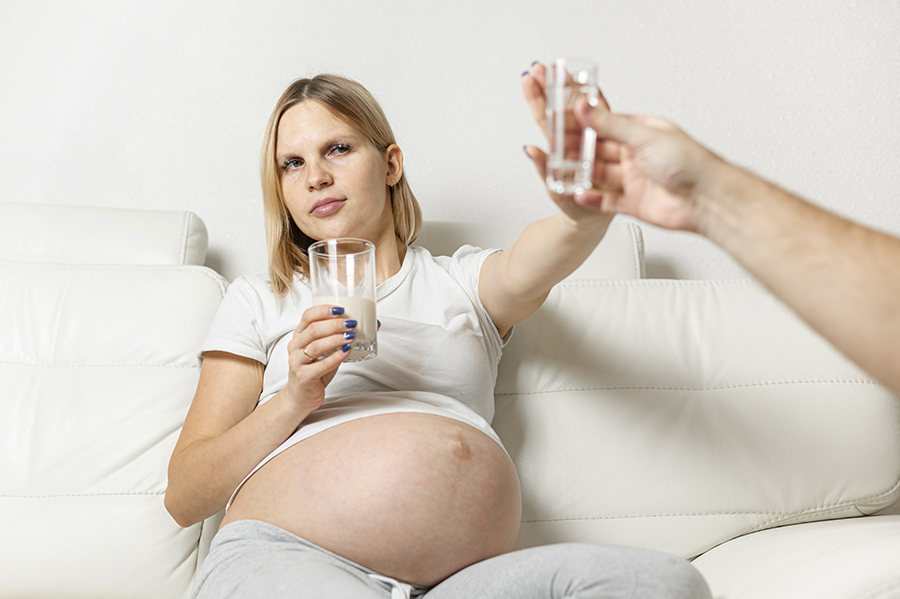 When should you stop drinking

If you are pregnant, do not drink any amount of alcohol. It is also important to understand that every alcoholic beverage you drink before or during pregnancy counts as one drink regardless of what exactly was in it. Drinking has many adverse effects on the fetus that doesn’t make drinking worth it.

If you have concerns about drinking during your pregnancy, have a problem with alcohol, or are uncertain how to proceed, please consult with your primary care physician or OB/GYN, who can help provide information.