No doubt you’ve seen celebrities praised for “bouncing back” after a pregnancy, or maybe you’ve even said the same thing to a friend who recently had a baby. Many women feel pressured to quickly get back to their pre-baby body, sometimes faster than is healthy. Today, we’re taking a look at what recovery from pregnancy really looks like for the average non-celebrity mom: 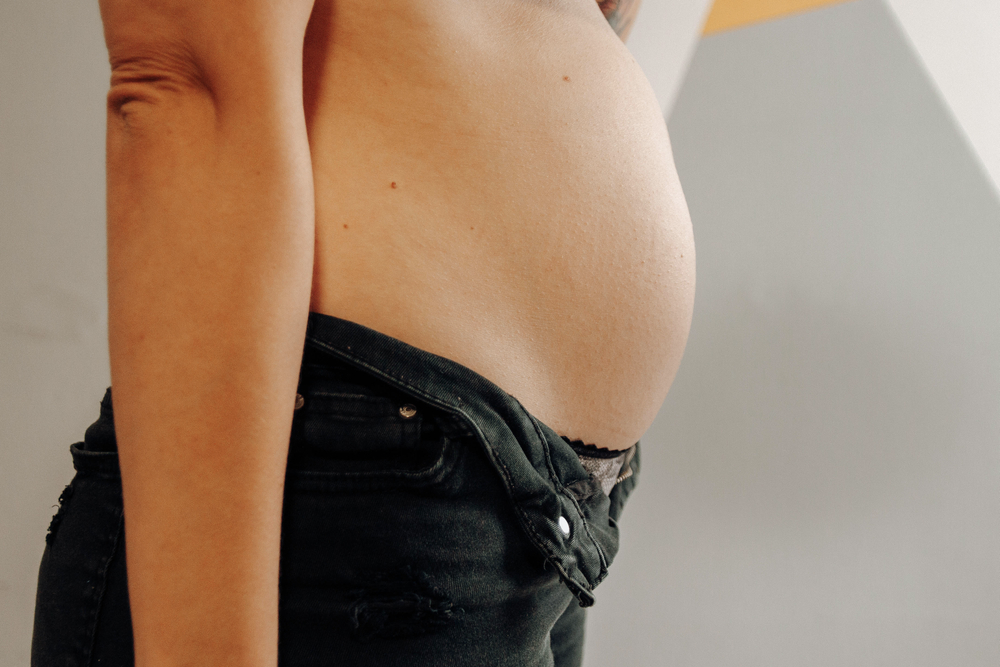 It took your body nine months to put on that pregnancy weight, so you shouldn’t expect it to disappear overnight. Most women lose an average of 13 pounds during birth due to the baby, the placenta, and the amniotic fluid. The rest of the weight is retained fluid and stored fat, and you’ll leave the hospital still looking six to seven months pregnant. Some of that weight will come off a bit more quickly as your body gets rid of all the fluids that it’s retaining, but the fat can’t be lost that quickly. With diet and exercise, losing one pound a week is usually a reasonable goal for most people, and because of this, most women take six to 12 months to return to their pre-pregnancy weight after they give birth.

Some basic bodily functions may be temporarily affected.

Giving birth is a major physical event that your body needs to recover from. For instance, many women experience postpartum incontinence (aka the involuntary release of urine) after giving birth. Birth strains and weakens the pelvic floor muscles, which can compromise control of your bladder for up to six months after giving birth. Even if you don’t have incontinence, the act of urinating may also be painful, especially if you gave birth vaginally. Most hospitals will give you a stool softener so that you don’t have to strain too hard to poop and accidentally hurt something. You might also struggle with constipation for up to three months after giving birth

You need to eat more during pregnancy in order to fuel all the work that your body is doing. While you don’t need to eat quite as much post-pregnancy as you did during it, if you’re breastfeeding, you actually do need to consume roughly 450-500 additional calories a day in order to have enough fuel to create that milk. While there’s a lot of focus on cutting calories after birth to lose the baby weight, if you’re breastfeeding, you need to make sure that you’re giving your body enough fuel so that it can create the milk that your baby needs. In fact, breastfeeding itself can actually help you lose weight after giving birth, so don’t fret too much about needing to eat a little more than you normally would. 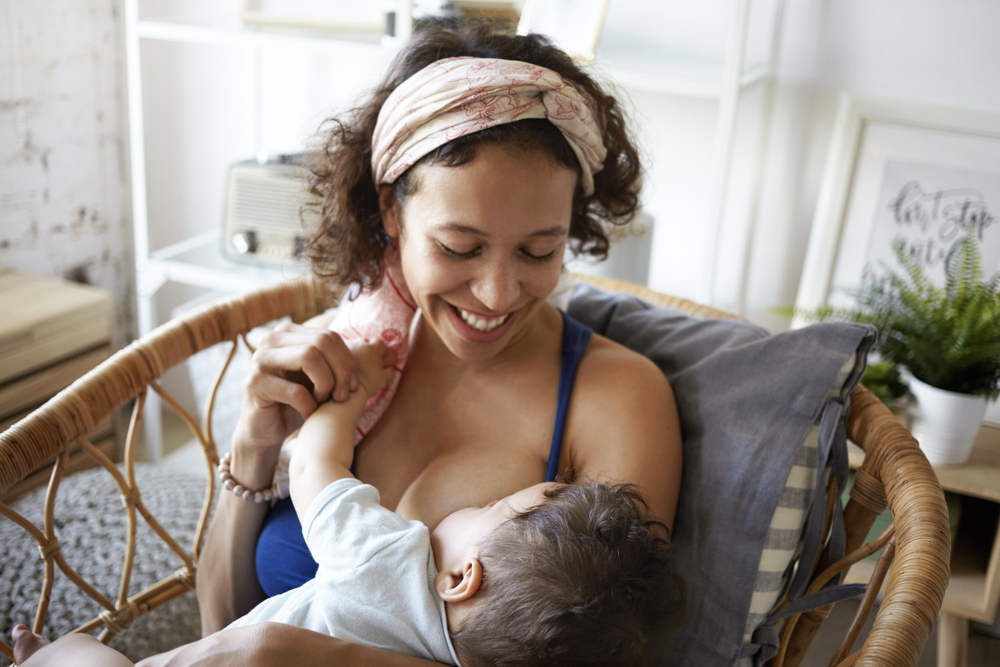 Pregnancy and birth change your body, and sometimes it doesn’t quite go back to the way it once was. Some women find that their hips and even their rib cages are slightly wider than they were before they had kids. Other women find that their feet never go back to their pre-pregnancy size and remain permanently larger. Nipples becoming darker and larger is another common physical change, and many women develop stretch marks as well. Some women also experience changes to their hair or skin that are permanent, such as straight hair becoming more curly or formerly dry skin becoming more oily. Most of these changes are completely normal and relatively minor in the scheme of things, but it can take some time to get reacquainted with your own body afterwards.

You might need to strengthen muscles you never considered before.

Visible muscles such as the arms, legs, and stomach often get the most attention because they’re so easy to see. However, after pregnancy, you might find your life most affected by the muscles that you can’t see, aka the pelvic floor muscles. These muscles form a cradle along the pelvic region and help control your bladder, vagina, and bowel movements. During pregnancy and birth, these muscles can become weakened due to all the extra weight that the growing baby places on them. These can lead to postpartum incontinence as well as difficulty having sex. To help rebuild the muscles, your doctor may instruct you to perform pelvic floor exercises, sometimes even with Kegel balls to tighten up the area and help it to resume normal functioning. 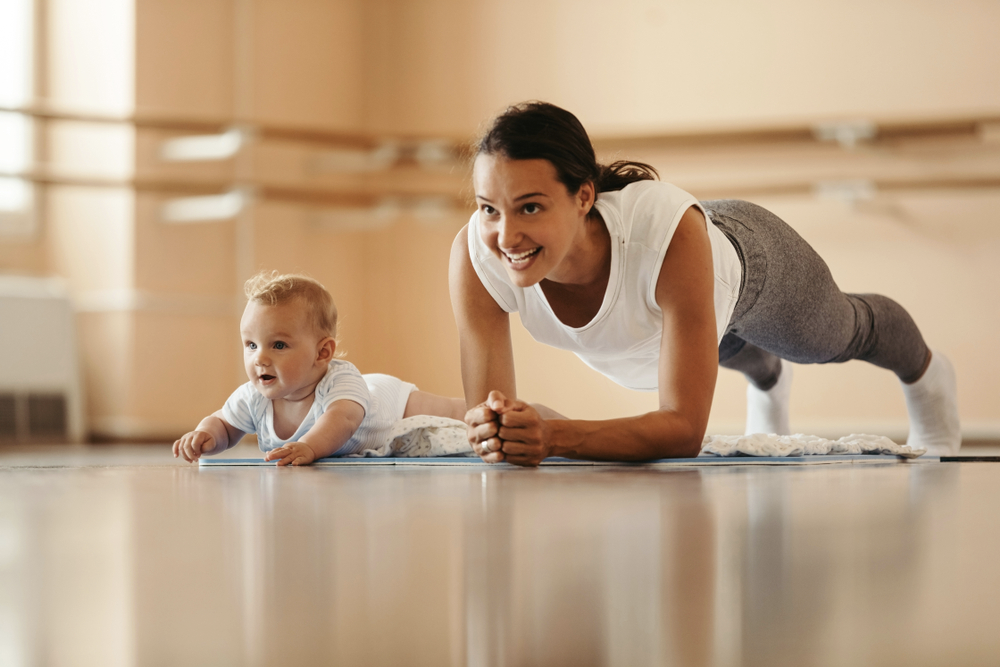 Your recovery won’t look like a celebrity bounce back.

Even if you’re not an avid celebrity newshound, you have no doubt seen tabloid covers while standing in the checkout line at the grocery store. These magazines and tabloids frequently laud movie stars, professional athletes, and other celebrities for “bouncing back” quickly after pregnancy and getting back to their pre-baby weight within weeks. Many women compare themselves unfavorably to these stories and wonder why they can’t drop the weight as quickly as famous people. Keep in mind that celebrities usually have a lot of money and an entire team of people behind them, including nutritionists, personal trainers, cosmetic surgeons, and nannies for their new baby. It’s not fair to compare yourself to people who have these kinds of resources at their disposal! Not only that, many of these photos are retouched or otherwise exaggerated. Celebrities are basically the definition of exceptions to the rule, so you shouldn’t compare yourself to their post-baby progress.

Above all, remember to be kind and patient with yourself as you recover from pregnancy. It took a long time for your body to undergo the many changes of pregnancy, so you can’t expect that things will go back to the way they were overnight (if ever). Instead, focus on embracing your new body and the fact that it nurtured and birthed a beautiful baby!