Wildlife enthusiasts dream of having close encounters with exotic wild animals. Mickey McCaldin from Ireland is also a wildlife enthusiast who loves going on adventures. While enjoying a safari trip in Kenya’s Masai Mara reserve, he got a surprise of his life when he got a close encounter with an adult wild cheetah. Everyone in the vehicle was admiring the gorgeous cats, but some cats got closer than anyone expected. Some of the cheetahs climbed on top of the vehicle, and one even jumped right into the back seat of the car. 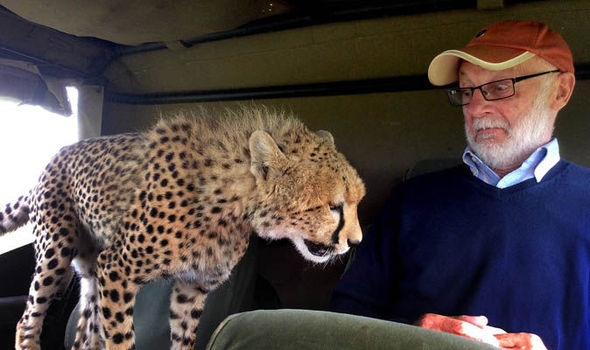 Although cheetahs may look cute and friendly, they’re dangerous predators and can be really dangerous. While some people would panic if they get so close to a cheetah, Mickey stayed cool and his reaction was perfectly captured by his friend David, who was sitting in front of him in the car.

“I’ve been living in Kenya all my life and I’ve never seen anything like this. He [the cheetah] just wasn’t scared of getting up close and personal. At first Mickey was really relaxed but I think he was quite concerned it might try and sit in his lap. Unlike a domestic cat, you certainly don’t want that,” explains David.

The encounter lasted only a few moments, and then the cheetahs left the vehicle and starred at the tourist from a distance, before disappearing in the distance.

Take a look at the dramatic encounter! 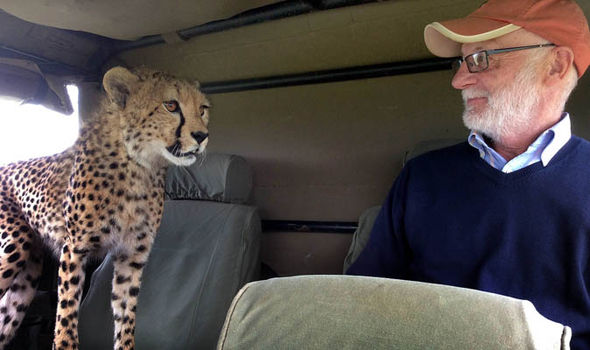 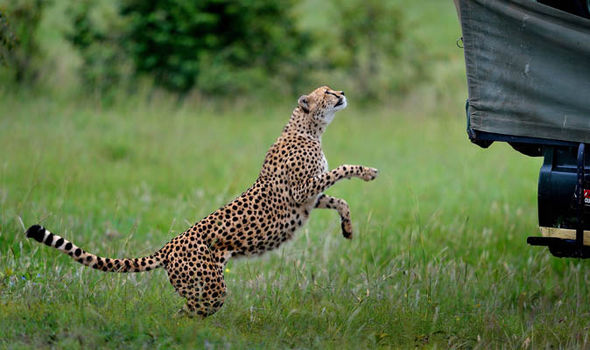 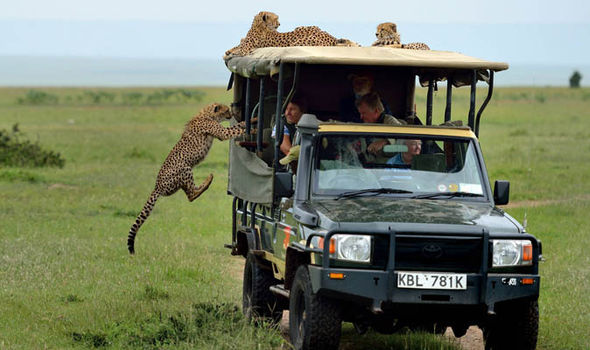 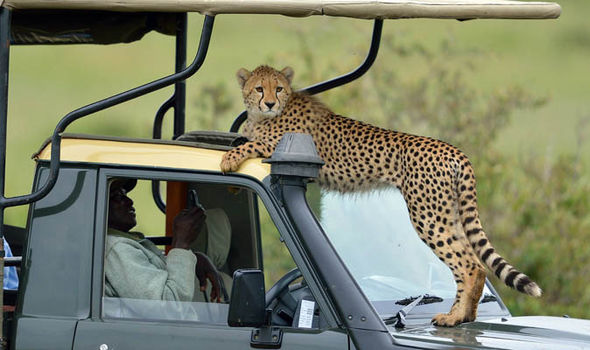 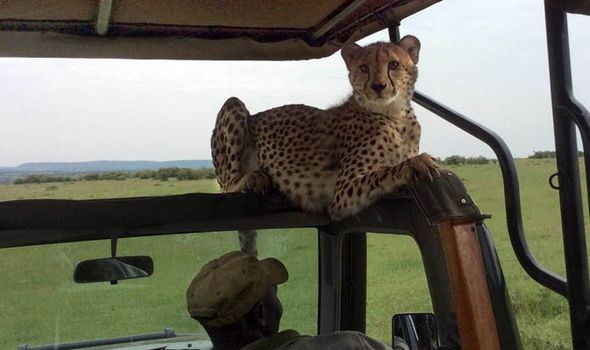