If you have decided to take on the challenge of eating healthier and changing your diet to meet your fitness or weight loss goals, chances are you have considered going “vegan.” Most people know the vegan diet as being a diet that consists primarily of plant based foods, excluding any animal products including fish and eggs, and even dairy foods like milk and yogurt. Some people go vegan as a way to honor the rights of animals and stand firmly against animal cruelty. Others take on the vegan diet just as a way to get healthy, because animals who are used to produce mass food products for human consumption are beefed up on steroids, growth hormones and other toxic chemicals that cross over into the foods we eat. All of this can later end up having a profoundly negative impact on our health.

However, the human body does require some level and source of protein, which leads us to the biggest controversy over the vegan diet, “where do “vegans” actually get protein?” As a result, we are going to uncover the top plant based sources of protein that can help you stick to your diet goals and pave your way to a healthier lifestyle. 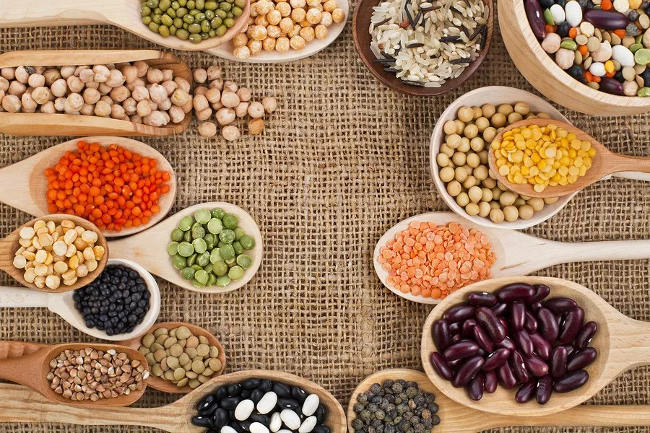 First on our list are hemp seeds, which are a great source protein, fiber, and healthy fats. Along with being loaded with plant based protein, they are also good for your heart. As a result, hemp seeds may also be found under the name of “hemp hearts,” because they are very heart healthy. Hemp seeds contain omega-3 fatty acids that do wonders for the heart and are said to have a “delicious subtly sweet and nutty flavor,” to them. They are also so small in size that they can be sprinkled to any meal or smoothie for an added protein boost.

Chia seeds are much like hemp seeds, loaded with protein and heart healthy fats, the only difference is that chia seeds have what’s known as soluble fiber, which means they can turn water into a gel like substance, which is primarily what they have been used for over the centuries. If you want to add some protein to any meal or smoothie that needs thickening, chia seeds will definitely thicken that watery stuff while giving you that boost of healthy, plant based protein you need, while further supporting your heart.

Quinoa, a food you probably would never think of as a seed, is in fact, just that. It’s primarily used as a carbohydrate, but does have protein in it as well. Known too as a starchy protein, because it is thick, it also contains healthy fiber as well. Probably one of the biggest benefits for some from the use of quinoa, is that it is said to also be gluten free! 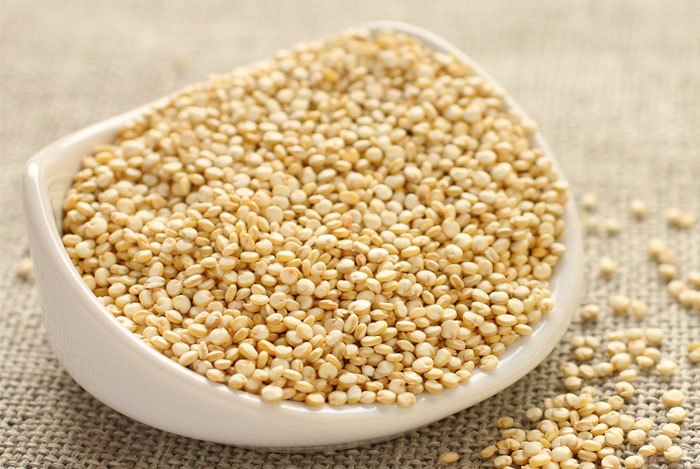 Another top source of healthy plant based protein is spirulina. It is said to be “incredibly protein rich and one of the few sources of plant-based protein that is mostly protein by dry weight (about 70%).” Spirulina is also very colorful which makes it kid friendly, especially if their favorite color is a blue-greenish color, because once mixed into other entrees or drinks, the color pigmentation is so strong in spirulina, that it will change the entire color of the meal to the color of the spirulina. It is also said to have a sweet and nutty taste, with a hint of seaweed in its flavor.

Want to build or retain muscle without all the calories? Check out the 5 best BCAAs for women on BodyCompBlueprint.com!

Prevention.com also has their own list of the top 20 foods, veggies and seeds that are organic, healthy and all plant based that are known to be the highest in protein. Their list also includes organic edamame, which is listed as probably the healthiest appetizer ever, because it boats 18 grams of protein, per 1-cup serving. Second on their list of fruits and veggies high in protein is organic tempeh, which is made from fermented and cooked soybeans and has 16 grams of protein, per each 3 ounce serving.

Other foods high in protein as listed by the website are beans like Lima beans, rice, particularly wild rice, tofu (of course, you can’t have a list about healthy plant based proteins, without tofu on it), peas such as chickpeas, and nuts such as almonds and seeds.

Making sure that all of your food is organic is the biggest secret to getting the most from your vegan diet, or any diet that calls for plant based proteins. Avoiding added harmful chemicals would be one of the most beneficial changes worth even considering moving strictly to plant based proteins. As a result, always buy organic. Not to mention that these foods and options can easily replace the protein provided by meat, that our body requires daily. As mentioned, the biggest controversy over the vegan diet and plant based diets is that they don’t offer the protein replacement our body would need to substantially sustain itself, but that is untrue. There are several healthier food alternatives that are loaded with protein that can easily and adequately replace protein delivered by animal meats. Not only are they considered healthy proteins, but they have added benefits as well, like heart healthy benefits by the deliverance of omega 3’s and other body friendly nutrients, all the while offering the encouragement you need to continue to eat healthy and stay healthy.