This scared puppy was wandering alone in the streets and hiding in the bushes. One kind hearted women has noticed this little dog and contacted Hope For Paws to help catch him. Once they arrived on the spot, they enclosed the area to prevent the dog from escaping. But when the rescuers looked under the bushes they were surprised. They thought they would find a big adult dog, not a frightened puppy, as it was. 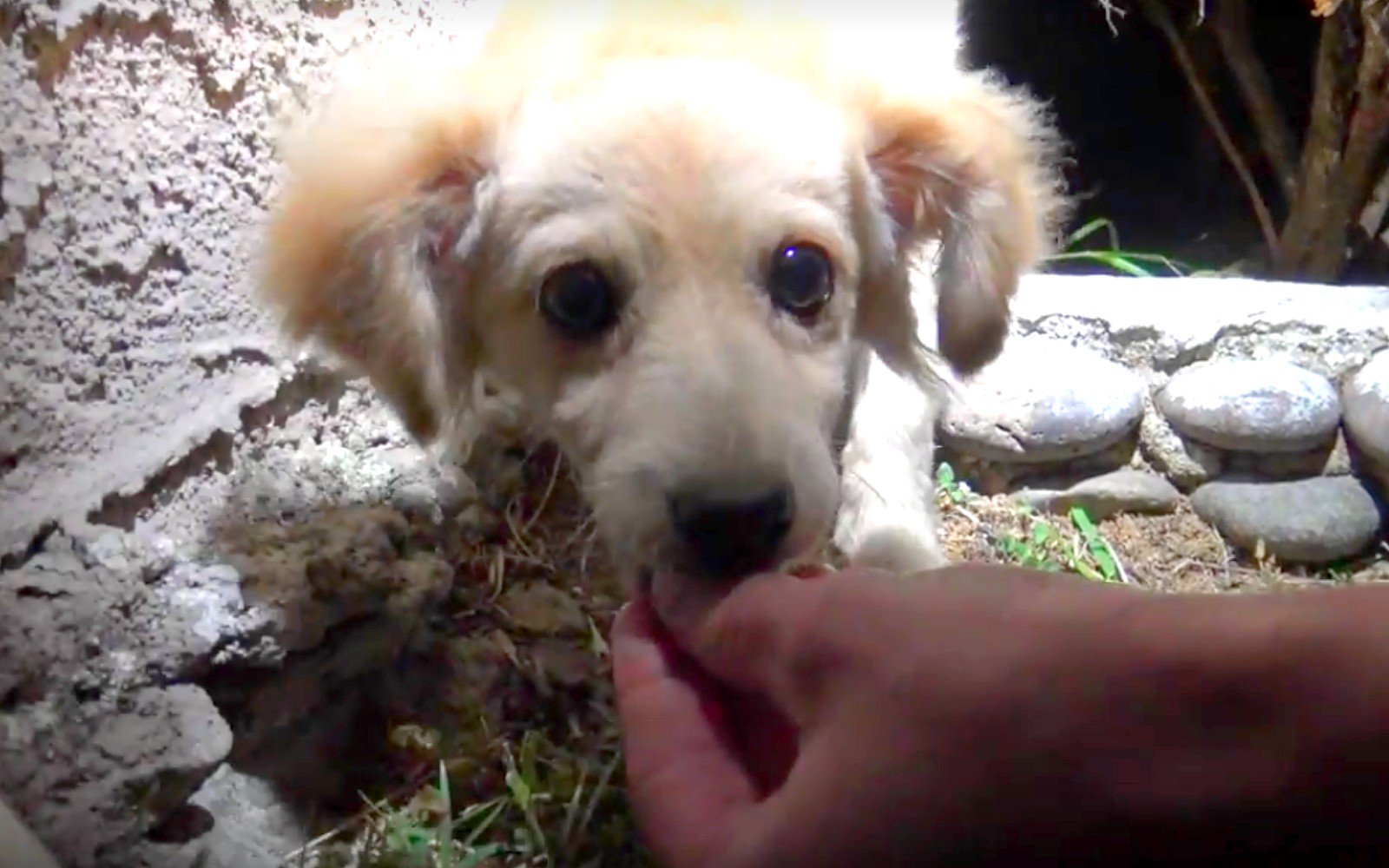 The team from Hope For Paws used their popular technique to catch the dog. They started feeding him with little bits of cheeseburger. The puppy was so hungry, that he even bit the finger on one of the rescuers. The puppy soon began to wag his little tail and, slowly got out of the bushes.

The pup got a new name – Fox, and he was taken to the vet for a check. It was discovered that little Fox has a microchip, but when they called the number, the person refused to take him back. The previous owner didn’t want the puppy anymore and had been received the dog as a gift, which she did not really want.

Luckily, Fox is in a new foster home and he is looking for a forever home. Now, he is safe with people who really care about him.