If you need an energy booster that’s healthy and easy to make, to start your day then these energy bites are great. Their ingredients are natural and healthy and the best thing about them is that they don’t need baking. If you want to try a great and energetic snack then try out no bake energy bites. 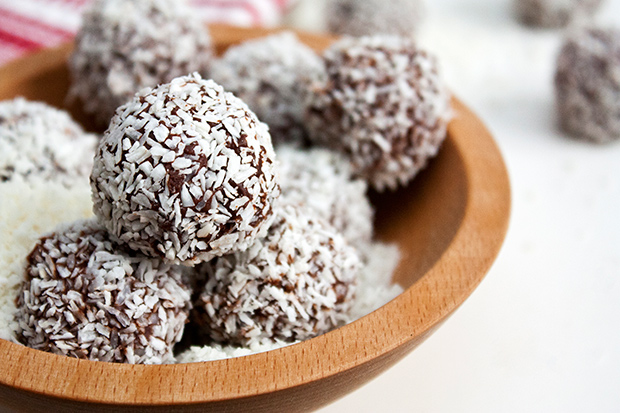 Mix the dates with the hot water and leave them for 40 minutes. Process the almonds in a food processor and then add the dates with the liquid. Add coconut oil, vanilla, salt, coconut flour and cocoa and process them. Refrigerate the mixture until for about 2-3 hours. After taking the dough out of the freezer, make 40 small balls. Melt the chocolate with the coconut oil and pour boiling water over it. Dip the balls with a fork in the melted chocolate and drizzle coconut over them. 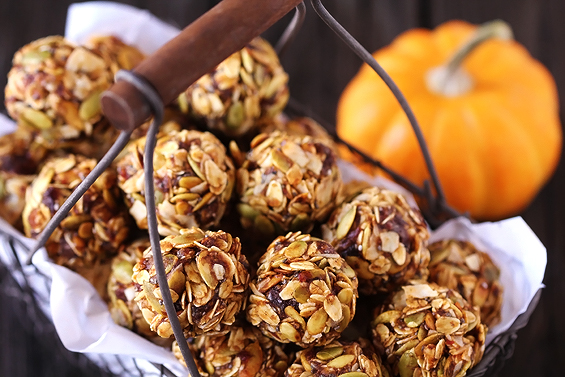 Put the dates, honey, pumpkin puree, chia seeds, cinnamon, ginger, nutmeg and salt in a food processor and mix until they’re combined. Put the mixture in a bowl and add oats, coconut flakes and the pumpkin seed and mix. Put the bowl in the fridge and leave them for 30 min. Once the dough is cooled, make your bite size bowl and enjoy! 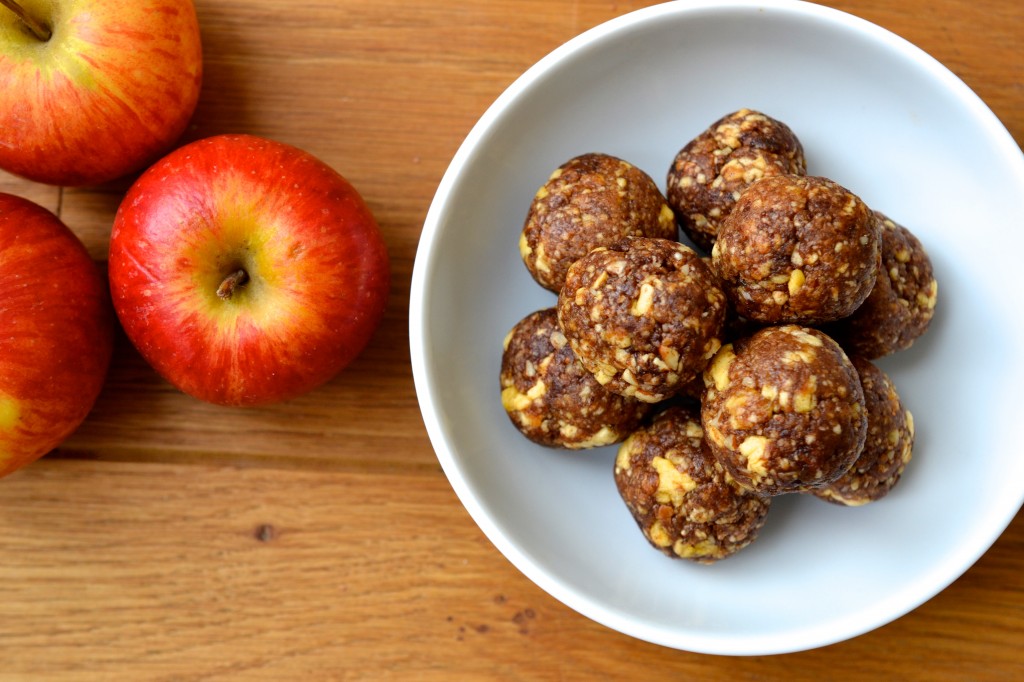 Put the dried apples, dates and honey in a food processor and blend. Add the nutmeg, cinnamon and toasted pecans and continue to blend. Once you get a nice dough, make your balls and let them cool in the fridge. Take them out form the fridge and enjoy your healthy snack!