We’ve had twenty years of movie and limited television series about comic book heroes, but the public’s appetite for them hasn’t been sated yet. Comic book movies are still among the most anticipated of the year when their release dates are announced, and television adaptations about comic books still drive traffic for streaming services. The most recent success has been “The Falcon and the Winter Soldier,” which has done big business for Disney Plus, but there’s soon going to be yet another high-profile series to binge-watch. “The Sandman” by Neil Gaiman is finally getting a live-action show of its own. 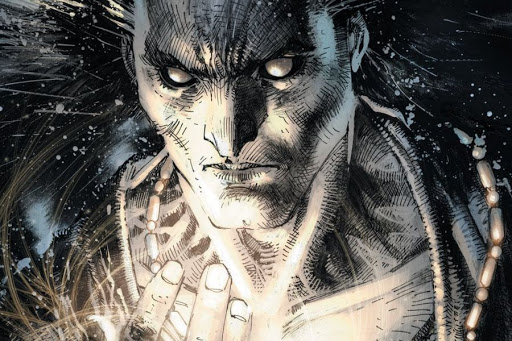 If the past few years have taught us anything, it’s that a comic book series doesn’t have to be well known by the general public for it to be a success. That’s not only true of TV and movies, but also of other entertainment products. Even the lesser-known “Deadworld” recently found its way to casino websites with a specially-licensed slots game, where it made a lot of money. In doing so, it’s joined Batman, Superman, the Hulk, and several other comic book staples who’ve unwittingly become the faces of popular uk casinos, should “The Sandman” become a success, it may even get a casino game of its own. It has to be a success on the small screen before that happens – but with such an excellent cast, it’s hard to see how it could fail.

If the production is likely to have any problems at all, it’s the fact that it’s being made so many years since Gaiman stopped making the comic. He began the series – which helped to put him on the map as a writer – in 1988. The final issue came out in early 1996. There have been numerous spin-offs since then, including “The Sandman Universe,” which was started by DC Comics in 2018, but the original series finished twenty-five years ago. Still, DC must have good reason to believe that pouring money into a TV series is a worthwhile venture, and we’ve seen before that people are happy to watch comic book shows and movies even if they’ve never read the source material. In some cases, it even helps, as you don’t have to reconcile what you’re seeing with the continuity you might have in your head from reading comics.

The most important piece of casting was announced several months ago, with Tom Sturridge confirmed as the titular character of Sandman, also known as Dream and Morpheus. The character is a complicated concept – one that’s likely to represent a challenge for the show’s writing team as the concept will have to be explained to the audience as quickly as possible. While Sturridge might not be a household name, he’s received Tony awards for his stage performances in “Sea Wall/A Life” and “Orphans.” If you’re a movie-goer rather than a theatre-goer, you’re most likely to have seen in him “Velvet Buzzsaw.”

No comic book hero is complete without a villain, so standing opposite Sturridge will be Gwendoline Christie of “Game of Thrones” fame. She played Brienne of Tarth in “Game of Thrones” and broke our hearts when Jaime Lannister turned his back on her but will be looking to elicit a very different response from us with this performance. She’s playing the character of Lucifer – literally the Devil – and so will be the physical embodiment of all things evil. She’s not the only notable former “Game of Thrones” performer in the cast, as veteran British actor Charles Dance will also be on screen as Roderick Burgess. The character is a magician but also something of a criminal and antagonist.

Those casting announcements happened some time ago, but everything we’re about to tell you now is hot off the press! Perhaps the biggest name involved in the supporting cast is Jenna Coleman, who’ll be well known to fans of science fiction and fantasy for her time as Clara Oswald in “Doctor Who.” The character had perhaps the most tragic end of any companion in the long-running BBC series, but in the process gave the Blackpool-born actor the opportunity to show off her full range as a performer. She’s since gone on to land the lead role of several TV series – most notably as Queen Victoria – and is a great hire for the Netflix show. She’ll be playing Johanna Constantine.

Perhaps even better known to British fans is Stephen Fry, who’s been hired to play Gilbert. He’s been a staple of British television since the 1980s, appearing in several major productions both at home and in the United States of America. Fry is as well-known as a writer and intellectual as he is a performer and lends considerable weight to the supporting cast. Joely Richardson, David Thewliss, Kirby Howell-Baptiste, Kyo Ra, Donna Preston, Razane Jammal and Sandra James Young are all also on board. Patton Oswalt will join them to provide a voice for the character of Matthew the Raven. It’s an all-star cast, indicative of a big-budget production for Netflix. Gaiman will co-write the series and will also produce it.

Fans of the comic books probably need to prepare themselves for a few changes from the source material. The televised version of “The Sandman” will be given a present-day setting to make it more accessible to modern audiences and presumably also to make it cheaper to film. Rather than being a straight adaptation of the existing comic books, the story told by the television show will be new and might even contradict some of the things that long-term fans think they already know about the characters. That’s almost always the case with TV adaptations. It will likely cause some controversy online when the first episode airs, but the more people talk about it, the more people are likely to see it.

How long we might be waiting for that first episode remains to be seen. If the cast has only just been announced, they can’t have started filming yet. As a major production, that filming process won’t be a fast one. There’s no official news yet, but we suspect we won’t see “The Sandman” on Netflix until somewhere toward the end of 2022. Let’s all hope it’s worth the wait!