Liza Jane Catana is a rising music star from Key West, Florida, well known for her rock-opera style. She is about to release her second album in December 2019. The petite 21-year old, known as the “knock-it-out-of-the-park soprano,” has been singing since she was two years old! As a baby she liked to watch artistic music videos of famous singers such as Elton John and David Bowie and soon she was singing along. 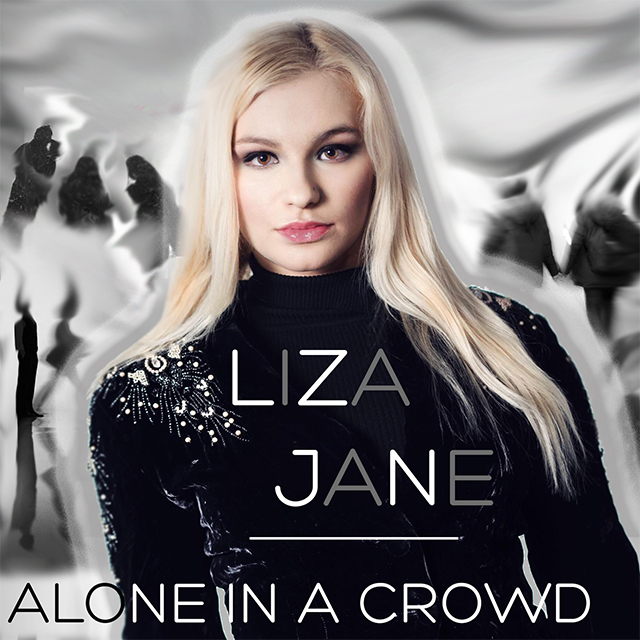 At two years old, while watching a band with her parents at the Fontainebleau Hotel in Miami, she went on stage and sang “Jingle Bells” with the band and refused to leave the stage.

In her house she sang Cher’s songs all the time while watching videos, discoed with her mother to Donna Summer and danced to the Pussy Cat Dolls. She began training and competing soon after that and balanced school, dance, music and sports.

During her ballet/jazz recital she wouldn’t leave the stage, insisting on singing the “Good Ship Lollipop” and then she tap-danced for another 15 minutes. She practically had to be dragged off the stage!

At the age of 4 she wore her pink sleeping beauty gown, a crown and a magic wand every day. One day her mother thought Liza Jane was playing classical music only to discover it was her singing “Once Upon a Dream” from Disney’s Sleeping Beauty in her musical soprano voice. When her mom asked her if she was the one singing, she said, “Of course mommy! Who else would it be? I told you I came here to sing.”

Liza had two piano and vocal recitals a year as she grew up. Later on, she won the Florida State district level vocal competition, receiving a “superior plus” rating. She was the only soprano vocalist to ever do that. Then she won a state-level competition by singing in two foreign languages and became the only Monroe County student to win the award.

Evolution into a Real Music Star

At the age of 10, Liza Jane wrote her first original song “Go Back to California.” At the age of 11 she became the youngest ever soloist to perform at the historic St. Paul’s Episcopal Church in Key West. At 13 she wrote another song “Where are You Now” which was recorded in New York City. In 2013, when she was 15, she became the only soprano to win an Honor Choir position.

During her career so far, Liza has opened for acts like Three Dog Night, Doobie Brothers and Grand Funk Railroad. She also collaborated with Paul Cotton (of the 1970s country-rock group Poco), Phil Brown (the former lead guitarist of the Little Feat) and James Slater (the Grammy-nominated singer and songwriter from Nashville). She was obsessed with musicals, particularly The Phantom of the Opera, since she was a little girl. Her dream came true when, at 15, she performed “All I Ask of You” from The Phantom of the Opera in a duet with prominent Broadway performer Brent Barrett, at the Tennessee Williams Fine Arts Theater in Key West.

At 16 years old, Liza recorded her first album, We Can Start a Fire in Nashville with producer, performer and songwriter Biff Watson. The album was a success and it attracted many positive comments. Brent Long, her tour manager, said, “Liza Jane has a unique, soulful voice… and I think it’s something you could hear on alternative pop charts. Liza is on a great track, doing some really cool things.” Liza was proud of her work. Soon she picked up guitar and piano and began to compose more professional alt-pop songs which reflected her feelings and experiences and were in tune with who she was.

Liza Jane has always been a hard-working student and she maintained a straight-A status while working on her music.

Liza Jane has a passion for humanitarian problems such as homelessness among veterans and prevention of suicide among people with anxiety and depression. Having overcome depression, she is a role model for many sufferers. She is a member of the Nashville Opera Guild and a volunteer for the Nashville Opera Association. In honor of her tireless work for homeless veterans she was invited to perform the national anthem at the 239th anniversary of the United States navy where she donated her talent and her CDs. In honor of her humanitarian and scholastic achievements, the City Commissioner of Key West named June 2 2015 the “Liza Jane Catana Day.”

One of Liza Jane’s notable recitals was when she played “Wishing You Were Here Again” from The Phantom of the Opera on the piano while singing. She was a member of the elite choir called the Mistys in high school, where she led the soprano section. She also had many rock, musical theater and classical solos. In senior year she performed the duet “Time to Say Goodbye” with her music professor James Carter, which awed the high school students.

Liza Jane is currently studying at Belmont University in Nashville where she is now songwriting, singing and playing piano and guitar. She has several performances lined up, with fans tracking her closely on social media.