Dating apps have been with us for a while now, and not everybody is in love with them. There’s an old piece of wisdom that says you either die young or live long enough to see yourself become the villain (actually, we think that might be from “Batman.”). The companies who make dating apps know a thing or two about that. Everybody loved them when they were brand new, but now they get a lot of bad press. It’s becoming increasingly popular – especially among young people – to delete dating apps altogether and look for love in other ways. 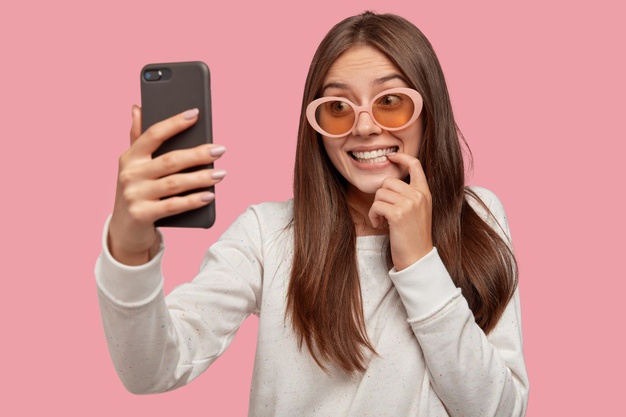 If you’ve used dating apps before and you’ve had a bad experience, we understand why you’d want to do that. We’re not here to try to talk you out of it. If, on the other hand, you’re single and you’ve never used a dating app before, we still believe there’s some merit to giving them a go. Apps are still where most people go when they’re looking for romance, and in most cases, they still offer you the best chance of finding your next partner. So long as you stay away from creeps and use them safely, they can even be fun!

We realise that the idea of using a dating app might be a little intimidating if you’ve never done so before. That’s why we’ve put together this article for you. It’s 2021 now, and dating apps are growing a little old, but here are five reasons why it’s still worth giving them a try if you’re bored of spending your nights alone!

A lot of people use semi-naked pictures to promote themselves on dating apps. You should avoid those people. Swipe left on those people. Focus on people who use normal pictures of themselves, and you’ll cultivate matches based on personality rather than looks. This is more important in the context of building a lasting relationship. You’ll also get a better measure of their personality than you would by, for example, meeting them in a bar when they’re under the influence of alcohol or distracted by their friends. You even have a chance to get a hint of your potential partner’s personality through their profile before you choose to engage with them.

You Can Take Full Control

You’ve probably heard a few Tinder horror stories. We all have. Tinder isn’t the only dating app available to you, though. There are several dating apps out there that compete with Tinder, some of which have specific niches that offer friendlier terms to women. If you’re exclusively looking for love with other women, you’ll find apps that cater to that specific need. If you’re worried about getting unsolicited contact from men you’re not interested in, there are apps that make that impossible. You still “match” with potential partners the same way as you would through Tinder, but no contact occurs unless you choose to send the first message. You speak to when you want when you want. Rather than becoming something to be nervous of, dating through apps can be an empowering experience!

Without dating apps or dating websites, our dating options are limited to people we meet socially or people we meet through work. That isn’t always ideal because many of the people we meet this way will have pre-existing relationships with our friends or family. Using a dating app gives you the opportunity to meet someone who lives close to you but isn’t connected to your social circle in any way. You might never have come across them at all in your day-to-day life, but through a dating app, you’re suddenly in touch with them. Even if you don’t find a date through meeting these people, you might make new friends, and that’s always a good thing. 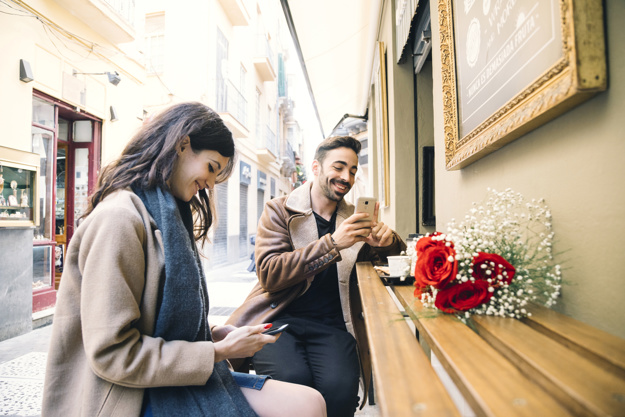 When someone chooses to “match” with you on a dating app, it’s good for your self-confidence. It activates the same pleasure centres in our brain that light up when we find a winning line at an online slots website. That might have something to do with the methodology that the apps use. The “swiping” method of saying “yes” or “no” to potential matches is very similar to the “spin again” function of an online slots game. You won’t win any money from the experience the same way you would if you were spending your time and money at Rose Slots New Zealand (unless you find a rich and generous partner), but you still get the same spark of excitement every time the app tells you that it’s found you a new match.

They Learn From You

Dating apps are, for want of a better word, “smart.” They contain algorithms that learn more about you every time you say yes or no to a potential match. Over time, they learn what you like and dislike. The algorithms learn to filter out specific interests if you show no interest in them, and so they’ll eventually learn to filter out whole personality types. That means the more you use the apps, the better the quality of the potential matches you’ll see. It might require a little persistence at first but once you’ve got over the first few duff matches you should find that you’re having a better quality of conversation with the people you match with – and that’s the whole point of installing the apps in the first place.

There’s very little you can lose by using a dating app so long as you only agree to meet people after you’ve spent time talking to them and you keep people aware of your movements. On the other hand, there’s everything to gain. The love of your life might only be a swipe away, and they’re as keen to meet you as you are to meet them! If every other dating method you’ve tried has been a disaster, dating apps might be the right choice to change your future. Don’t be afraid of them – embrace them instead. We even learn a little about ourselves from awkward dates and have some fun in the process, so consider them a character building experience. There’s someone out there for everybody, and dating apps are still the best way to find that special person. Until someone invents holographic virtual dating, that will probably always be the case!