British actress Laura Aikman looks better than ever, as she just completed a cleansing program with her husband, actor Matt Kennard.  Best known for her roles in Keith Lemon: The Film, Bluestone 42, The Job Lot and Waterloo Road, the 30 year old woman says she wanted to try fasting after watching DIY SOS star Nick Knowles transform his life on the TV series The Retreat, which aired on BBC Two last September. 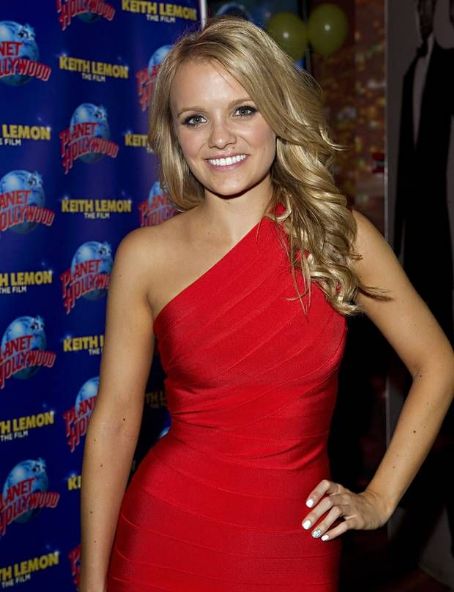 “I am very interested in health and diet, says Aikman. I was impressed by the results on the series The Retreat with Nick Knowles, particularly with Milton, who was diagnosed with Type 2 Diabetes and was able to control his blood sugar levels in just a few days.” The 28 day program that Knowles and friends went through consisted in a vegan diet, a week of complete body cleansing (fasting and colon cleansing), along with yoga and meditation in a tropical paradise. During that time, Milton saw his blood sugar level stabilize, lost a stone and turned his whole life around. Nick Knowles and his DIY SOS colleagues Billy and Julian lost about 10 kilos each, and dropped cholesterol, blood pressure and triglyceride levels. The results were astonishing.

Too busy to fly to the Thailand, Laura settled for the DIY detox kit offered by Dominique Julien, the show’s naturopath and detox expert. While trekking the Inca trail to Machu Picchu in Peru with her husband, the star followed a strict plant based diet to prepare for her cleanse. Back to London, the couple went through a week with no food, taking natural supplements and detox shakes. Interestingly, Aikman swears it was not as hard as she thought it would be.

“I missed the comfort of food and a morning coffee, she says. I first feared that I would not be able to finish. I hate not completing something I set out to do. I thought it would be incredibly hard all day, each day… and surprisingly, it wasn’t. I also thought I would get headaches, but that didn’t happen at all. I think that was due to me taking the 2 week pre-cleanse program seriously. Matt’s energy levels increased day by day but the boredom and frustration of not eating really got to him at times.”

With detox and cleanse programs trending these days, getting healthier and slimmer is on everyone’s mind, especially at this time of year. However, Laura says that she had not thought about the weight loss aspect. “I was surprised to see that I lost 5 kilos and Matt lost 6 kilos after the cleanse. My stomach is flatter and my face looks much slimmer. It was a pleasant surprise, especially going into Christmas!”

Suffering from an inflammatory bowel disease, the busy actress often holds her stress in her gut. Allowing her colon some rest has been on her mind for quite a while. “I feel great after cleaning out my colon! The daily enemas really made me feel the progress of what we were doing and reminded me every day why I was doing it. Hopefully having done that, I now have a clean slate to start with and will feel the benefit going forward. Matt certainly felt the benefit of the colonics and would do them again.”

Even if her results were impressive, some people may think that a detox program is a bit too demanding, not to mention the daily enemas (a self-administrated colonic) that can be a little off-putting at first (but much easier than we might anticipate). An Enema is a gentle colon cleansing method that requires one or two litres of water, which is retained for a short period of time, until the natural peristaltic movement eliminates both water and old fecal material.

We could imagine that going through this kind of body cleansing requires to rest at home but, surprisingly, Aikman confirms that she was working all week doing voiceovers. “I was worried that the microphone would catch my stomach rumbling, she says. Interestingly, it didn’t make any sound after the first day of the fast. Matt and I also went to the gym for some light exercise, walked the dog and played golf.”

If you are like Laura Aikman and do not have the time to fly to Thailand to undergo Nick Knowles’s month long program, you can get the same DIY detox kit at omdetox.com.