Catherine Bridges reportedly entered the book of world records by most babies born at once. The news broke in last weekend and reports say that Catherine gave birth to 17 babies in the course of 29 hours at the Memorial Hospital in Indianapolis. 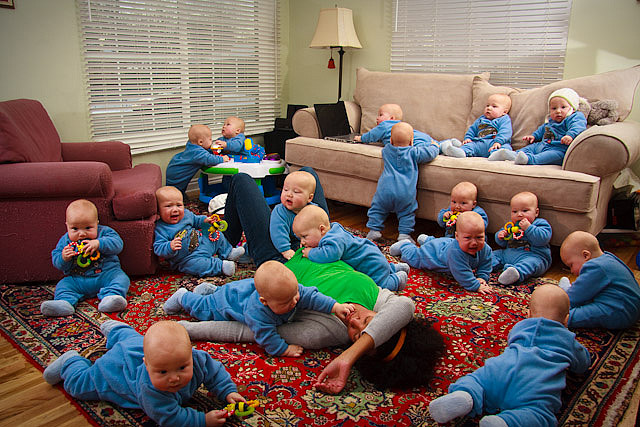 Catherine and her husband tried to have kids for years. Finally, they decided to use medical help from a fertility clinic. Their fertilization process was more than successful and the couple got 17 baby boys at once.

Although the news went viral, unfortunately it was just a fictional article written by the World News Daily Report.

*According to Wikipedia, there have been a few sets of nonuplets (nine) in which a few babies were born alive, though none lived longer than a few days. There have been cases of human pregnancies that started out with ten, eleven, twelve or fifteen fetuses, but no instances of live births. The pregnancies of the 10, 11 and 15 fetuses have all resulted from fertility medications and assisted reproductive technology (ART). However there has been one documented case when 12 fetuses were conceived naturally.