Traveling solo can often be a little daunting. The fear of the unknown, the fear of loneliness, and the fear of getting in over our heads can often stop us from taking that first adventurous step.

As the saying goes though, ‘you never know until you go’. Traveling solo can actually be one of the most rewarding experiences you’ll ever undertake, not least because it gives you a sense of self and purpose. Although it can sometimes be a little scary, the positives far outweigh the negatives and you often find like-minded travelers on the same path. Some people I’ve met have remained life-long friends ever since.

So to help you take that first step out the door, I’ve written my favourite adventures for solo travelers. 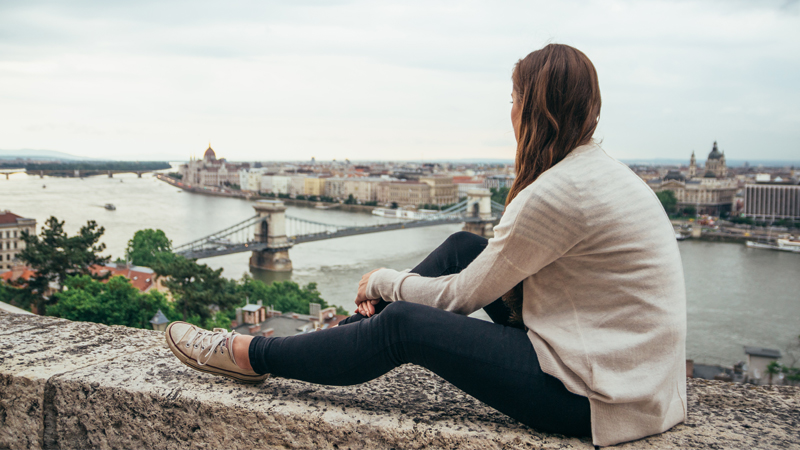 Hiking is the refuge of the solo traveler and nowhere else on earth offers better hiking than Nepal. Home to the tallest mountains on earth, this tiny country offers epic scenery, friendly locals, and countless hiking tours aimed at both groups and solo hikers. Any solo traveler who has pitched up in Katmandu will tell you how many other solo travelers there are! You will most certainly not feel out of place here and will probably meet plenty of other solo travelers looking for a good hike. I personally suggest taking the Everest Base Camp Trek via the Gokyo Lakes. This trek explores the beautiful Gokyo region and avoids the major crowds on the standard Everest trek.

The pilgrimage to Santiago de Compostela

I’m going to be honest, I haven’t done this pilgrimage. I’m not religious and always thought it wouldn’t be right for me. However, last summer I was traveling solo in Spain and visited the beautiful city of Santiago de Compostela. The amount of ‘pilgrims’ hiking into the city was startling and I quickly learned that over 300,000 people completed the journey in 2017 alone! As I began talking to some of the pilgrims I realised that being religious was not a pre-requisite and many people were hiking solo to simply think and take some time for themselves. The trail is now most certainly at the top of my hiking bucket list!

I had always been sceptical of cruise vacations. The thought of being stuck on a boat for 10 days was not that appealing to me. Several years ago though a friend convinced me to try an expedition cruise to Antarctica. First of all, it wasn’t cheap. In fact, it pretty much wiped me out for the year! But boy was it worth it. Forget a standard cruise, we were taking daily zodiac trips through iceberg-strewn bays and coming alongside whales, penguins, and seals. There were a number of solo travelers onboard and all the passengers were incredibly engaging and friendly from the start.

As the stats suggest, New Zealand is one of the safest countries in the world to travel. With more sheep than people, the lifestyle here can be described as very ‘relaxed’. Don’t let the lifestyle fool you though, New Zealand is packed with adventure activities and sightseeing tours. From wine tasting in the beautiful Marlborough region to kayaking and horse riding in Abel Taman National Park. With loads of hostels and easy transportation, you’ll find plenty of fellow solo travelers here. Just keep in mind that New Zealand is not the cheapest country to travel around.

You may not think it, but according to hostel bookings in 2017, London is actually the highest booked solo travel city on earth! Packed with things to do, you certainly won’t be bored exploring this famous city. Explore attractions like the Tower of London or the London Dungeons, or perhaps take in the famous shops such as Harrods or Hamleys. With over 20 million people and countless hostels, you won’t feel lonely in London. I personally loved the Harry Potter Studios but wouldn’t recommend the London Eye.

Australia is pretty much synonymous with backpacks and solo travelers. Having lived in Australia I can tell you that most of the rumours you hear are true. Tanned guys, surfer girls, clear blue waters, white sand beaches, and killer creatures are all part of the mix. Luckily you rarely see the killer creatures like crocs, sharks, and snakes unless you seek them out. But seriously, the east coast is a solo travelers haven with plenty of cheap hostels and more beaches than you can count. If you have a real adventurous spirit then you can head into the heart of Australia. Here the red desert appears as an endless sea and locals speak in such a heavily accented English that you have to use excellent guesswork and hand gestures to get anywhere.