One of the significant risk factors for chronic obstructive pulmonary disorder (COPD) is smoking tobacco. However, that doesn’t mean every person with COPD smokes and all smokers have COPD. People who have never puffed a cigarette can still get COPD,and it is a typical scenario especially for women. When the airways are inflamed, blocked, and inefficient, making breathing difficult, the condition is known as COPD. There have been many misconceptions about COPD being caused by cigarettes alone. It’s about time we water the fire. Let’s explore five other things that cause COPD. 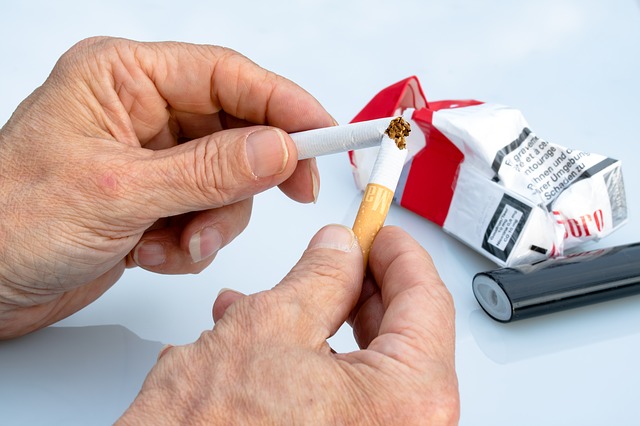 Being exposed to long-term air pollution puts you in the risk of contracting COPD. Fumes from running factories pollute the environment and contribute to global warming. Inhaling those fumes also puts you at risk. Inhaling dust, fumes from burned fuel like diesel and gasolineexpose you to COPD. Also, the chemicals or fumes at your workplace can cause the condition. The list is endless.

What happens is, you don’t see the fumes, and some don’t smell, but they are just there,so you inhale them unknowingly. More studies about outdoor pollution in relation to COPD are being done. Meanwhile, stay safe by wearing gas masks when working in dusty or polluted areas.

You probably love to light bonfires while camping or you have a fireplace in your house. You are among billions of people around the world that burn wood or coal to produce light or heat. That heat produces smoke which carry the same chemical particles that cigarette smoke carries.

Inhaling the smoke frequentlycan damagethe lungs. Research observed that women in third world nations who cook with wood which is their most available source of fuel, on a daily basis and use the same wood to stay warm, recorded higher incidents of COPD.

Smoke always go up, not towards people. It also doesn’t mean that everyone who cooks with wood will develop COPD. As long as you are burning wood in a well-ventilated area or outside, the risks are almost nil.

Do you remember any relatives who had COPD symptoms? If there were or there is, it’s because COPD runs in your family. It’s not clear whether it’s genetics or environmental exposures that have higher risks. But it’s already proved that genetics can play a significant role.

According to a review, some patients with a higher risk of COPD later in life had experienced variations in their airways during development. One of those variations seemed to increase the risk only for smokers while the other one increased the risks for both smokers and non-smokers.

Age also plays a pivotal role in the development of COPD. Most of the people who have been diagnosed with the condition started to experience the symptoms when they were over 40. In fact,the chances of developing the conditionincrease with age and those older than 65 years have the highest risk.

Your lungs break down naturally as you get old. Most people will develop COPD if they live longer. Unfortunately, the condition is not diagnosed until you are 70. At that point, COPD is not even considered a disease but an aging condition.

Exposure to a cigarette smoke puffed by another person increases the risk of COPD for both children and adults. A fetus in its mother’s womb is not exceptional if the mother smokes tobacco.

What can you do?  Some countries have strict smoking laws,and people aren’t allowed to smoke in public. You can also hold your breath until you are far from the cigarette.

COPD has no cure! However, you can prevent the condition from worsening. Get a diagnosis early,and in case it’s detected, follow the treatment plan to slow down the condition.