If there’s one thing, apart from the awesome weather, lovely people and stunning vistas, that Australia’s known for is the country’s vast array of different wild animals. Anyone who’s looking to get up close and personal with interesting animals, will love a trip Down Under.

Although, the reality is that you’re really spoilt for choice there, we’ve picked out three of the best wildlife experiences you can have in Australia and included some tips for the best places to find them.

We’ve decided to kick off our list with the least well-known of them all, the quokka. Like its fellow Antipodeans, koalas and kangaroos, the quokka is a marsupial and a small one at that.

These delightful creatures are found in Western Australia on the islands dotted around the coast. They are herbivores that are similar in size to that of a domestic cat, at about 40 to 50cm and weighing at a mere 2 to 5kg.

Don’t be fooled by their size though, as they are muscular and stocky and can fight their own battles, thank you very much. For those who have never seen them before, if no-one told you what it was, you’d be forgiven for thinking it was just a tiny kangaroo. Interestingly on that note, joey is the name given to young quokka.

As Western Australia natives, the best place to see them is Rottnest Island, near Perth. From there, you’ll be able to enjoy a very close and cute encounter with them. Rottnest is popular with both locals and tourists looking to escape the busy city life of Perth for some time on a pristine and beautiful beach.

Quokkas are more than familiar with the presence of humans and try and stop yourself getting involved in the quokka selfie trend. Not that we think you’ll be able to.

One of the most endearing qualities of these animals is that they very often look like they have a permanent smile on their faces. This is why the locals and visitors can’t help but melt when they come face to face with them. As well as those at Rottnest, there’s also a small quokka population that can be seen in Albany, on the mainland, at the fabulous Two Peoples Bay Nature Reserve.

Koalas are arguably the most famous animal residents of Australia, after the kangaroo of course. These animals draw in tourists from all around the world, thanks to their undeniable cuteness and laidback way of life. There’s a fascination we all have with watching these creatures busy themselves doing nothing much more than eating their favourite snack of eucalyptus leaves and relaxing in the Australian sunshine.

Although most people want to cuddle the heck out of koalas, it’s no longer possible everywhere. However, there’s still some states that allow controlled koala encounters. Besides that, there’s amazing opportunities for you to see them in their natural habitat.

While the wild koala population in Australia is incredibly big, they are not an animal known for loving the limelight and often hide away high in treetops. South Australia, Queensland, New South Wales and Western Australia are all great places to go looking for koalas.

However, the best places where you’re guaranteed to see them are Port Stephens, Bimbi Park, Kennett River, Raymond Island and Kangaroo Island. If you’re really desperate to hold one of these critters and fall deeper in love with them you need to find sanctuaries and zoos that allow close encounters. Your best bet is checking spots in Western Australia, South Australia and Queensland.

They may not be the best loved or most famous animal from Down Under, but you’ll never forget your experience meeting one if you’re visiting the country for the first time.

Small, four-legged marsupials, wombats have incredibly thick fur coats and very short tails and measure up to 1m in length. Generally, they can be spotted living in the wild throughout the country at various places, but there’s also animal sanctuaries and reserves where you can meet them face to face. 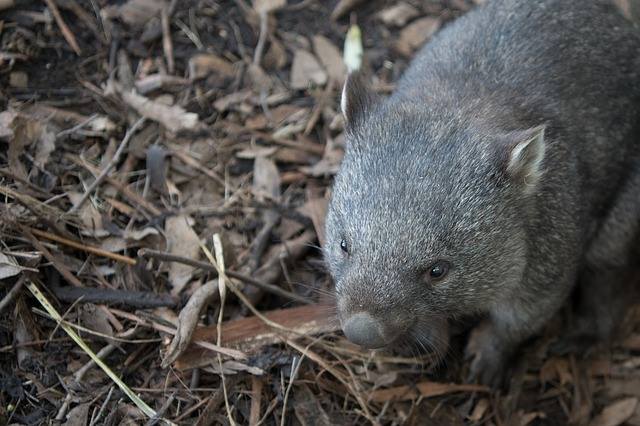 By far the best places to catch a glimpse of them in the wild is Tasmania, and if you are looking for a real adventure, you could take a cycle ride through the Cradle Mountain Range to see them carrying on with their day to day business.

Dove Lake and Ronny Creek are particularly good places to spot them. If you head to New South Wales, you’ll also be able to see them at Kosciuszko National Park and Kangaroo Valley. Khancoban and the High Plains are also places where there’s been reports of frequent sightings.