Most of us have had at least one romantic relationship in our lives that unfortunately suffered due to a lack of similar values, beliefs, or communication styles. Whenever couples run into these issues, the go-to solution tends to entail couples’ therapy, workbook exercises, or even apps that aim to help improve the differences couples face in their relationships.

However, these common issues that couples face are often just as subjective as the couple themselves, and many couples will put off having the more “difficult” conversations due to potential fears of a negative outcome that could pose the end of the relationship itself.

But imagine if, even before any of these possible solutions are brought to light, there was a way that couples could communicate openly about their expectations for their relationship and hold one another accountable to those expectations and commitments? That is precisely what Patrick Frank asked himself before launching his innovative product in The Couples Contract.

A new and fun way for couples to engage and communicate

The Couples Contract isn’t simply another means for couples to attempt to reactively address issues regarding miscommunication or mismatched values. Rather, Frank’s product aims to solve the problem of preparing and guiding couples through conversations that should be regularly happening as part of any healthy and thriving relationship. Regardless of how tough the conversation might be to have or what about, the contract boasts ways to cover it all by providing couples with writing and discussion prompts through an easy-to-use interface. 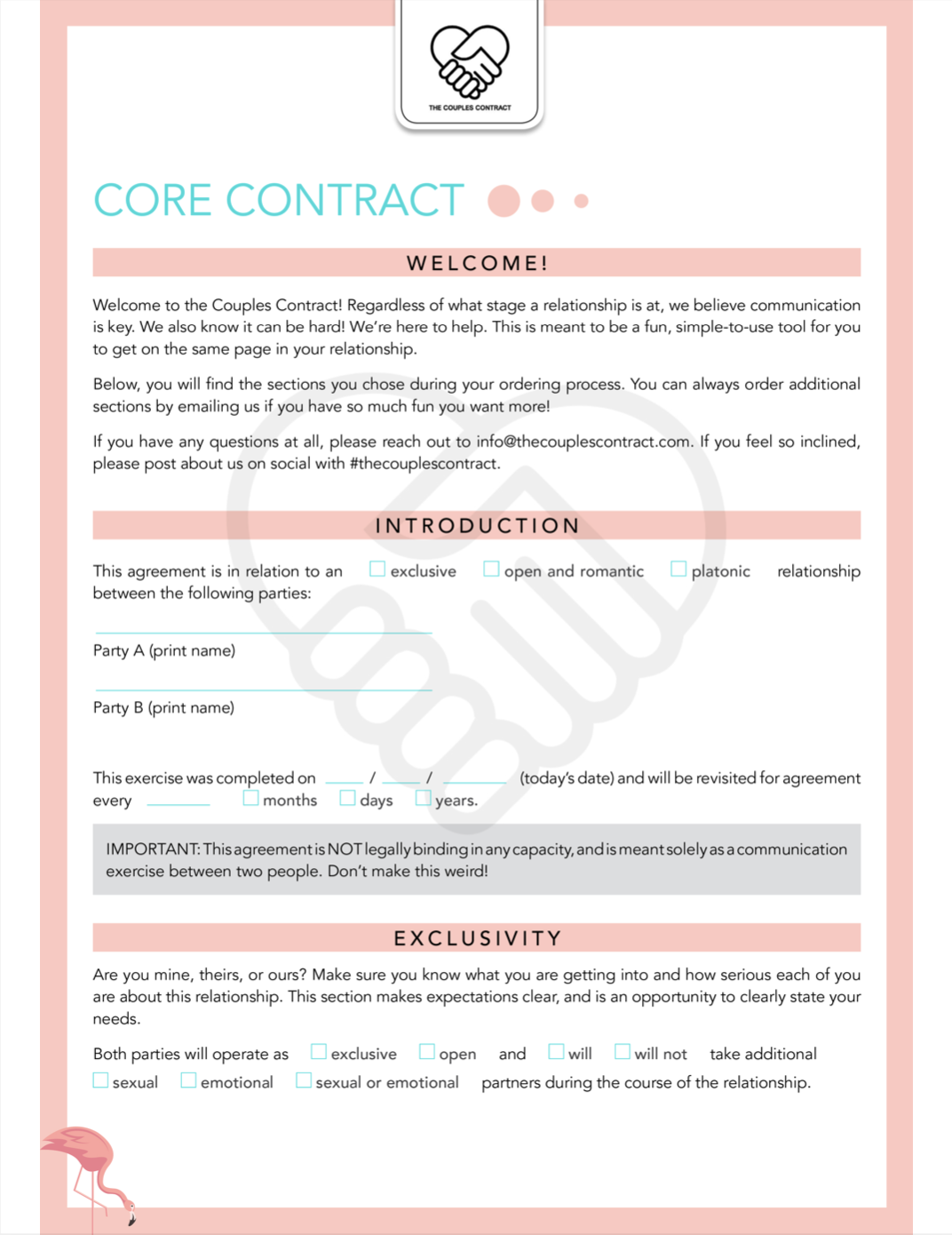 “With all of the different ways of communication that we have access to,” says Frank, “we still aren’t able to properly communicate in our relationships; at least not in ways that prevent additional deeper problems from possibly coming to the surface. I made the Couples Contract for this exact reason. In a digital age, we want to improve communication and intimacy for relationships by making fun and new ways for partners to engage with one other through our products.”

In this way, the contract helps to ensure that couples can improve their communication about the things that affect their relationship in a healthy, meaningful, and mutually beneficial way that can add value to the overall quality of their relationship. According to Frank, the Couples Contract aims to provide alternative ways for couples to connect on a deeper level while simultaneously having fun together in order to foster deeper feelings of connection and intimacy. This, Frank explains, is a key component that bolsters communication among couples who decide to utilize the contract, albeit perhaps in a less conventional way than they might expect or be used to. Which is what makes this all the more fun and unique.

Though there are certain serious aspects to the contract that aim to tackle issues in communication regarding finances, religion, pet ownership, and other responsibilities, couples engaging with one another through the terms of the contract will find new and fun ways to improve their relationship. Even for couples who may not seek to use the contract as a “terms of service” for their relationship, it can also serve simply as an additional exercise in trying something new; another factor of intimate relationships that can help keep the spark of romance alive and thriving.

Perhaps not too surprisingly, Frank ultimately decided to launch and create the Couples Contract using all of the experiences he himself has had in all stages, lengths, and structures in past relationships.

“I’ve found that one of the largest reasons many relationships fail is not actually due to a present lack of trust or loyalty,” which Frank says tend to be among the most common default answers for couples, “but because there is a breakdown in communication, and I wanted to change that.” 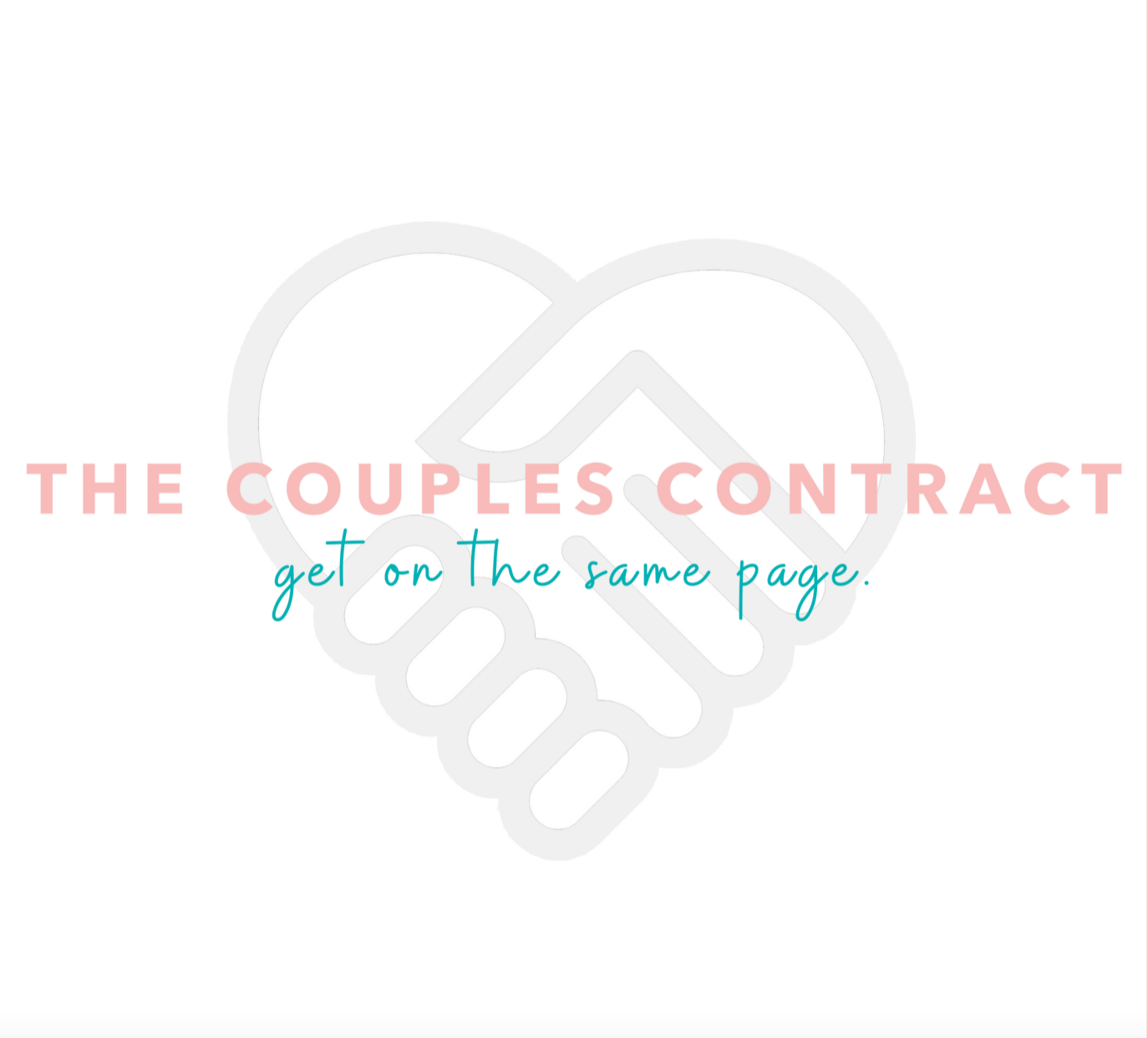 As Frank explains, he wanted to give couples a way to communicate what they are feeling and what they want in their relationship in order to give each couple the best possible opportunity for creating a great and lasting long-term relationship. As a result, the Couples Contract essentially consists of all of the relationships and individuals that Frank has interviewed to understand each couple’s (and each individual within those couples) perspectives, ideas, as well as their best and worst practices to put together all in one unified place.

Through combining all of these separate factors of relationships into one single contract, Frank states that his product will allow for couples to know what the recipe is to create a successful and lasting relationship; one in which couples need not worry about the intricacies of what their partner is thinking, because their communication is laid out in an easily digestible, engaging, and fun way.

Along with his creation and release of the Couples Contract, Frank states that he also aims to release two additional products in the upcoming year that will coincide with (and compliment) the use of the contract by couples, including the “WhoIs?” card game and the Couples Contract book, which will serve as a pairing guide that explains each section of the contract in greater detail.