78 year old Brenda Whittle (name changed) still loves to play jigsaw puzzles, sew and dance with her grandkids but she was diagnosed with Alzheimer’s disease in the year 2015. To her, involving in new activities seems to be less interesting but as long as participating in the drug trials and research on Alzheimer’s seems to be an exception for her. She had gotten so habituated with loud brain scans that she even fell asleep there. This old woman, Brenda is one among the 50 million people all over the world who are surviving with dementia, which is a category of diseases which affect the brain processing and memory, including Alzheimer’s. The number of women suffering from dementia is rising quickly and experts predict that 75 million people will live with dementia by the end of 2030 and more than 135 million people by the end of 2050!

Sadly, most of them are (and will be) women. In Australia, around two-thirds of all the deaths among women are due to dementia. In the United States of America, two-thirds of those living with dementia are women and there are cases where dementia outstrips all the other female-centric diseases. The women in America who are above the age of 60 years are more likely to gradually suffer from Alzheimer’s as much as they’re vulnerable to breast cancer. In Wales and England, as well as in Australia, dementia is considered the leading cause of death, knocking off other diseases like heart diseases. 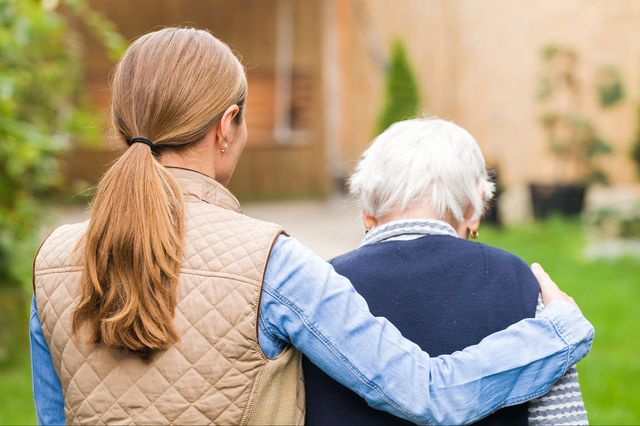 Why this gender gap?

As you can see the numbers, it is too much to be supported by the medical health system and due to the fact that more women are subject to this disease, it has to be investigated why there is this difference in the occurence of this disease among men and women. The key risk factor of developing dementia is ‘age’ and this can be the reason behind this gender gap. The older you get, you become more vulnerable to suffer from such cognitive impairment diseases. As women generally live longer than men, they are more likely to suffer from dementia.

However, there are researches which hint on the fact that it is not correct to assume that aging will inevitably lead to Alzheimer’s. In fact there are results of 2 studies from CFAS (Cognitive Functioning and Ageing Studies) done over the span of last 2 decades, it has been seen that cases of dementia in the UK have dropped by at least 20% and this fall has been driven by a plummeting fall in the number of men who are more than 65 years of age.

Experts are of the opinion that this drop might be due to the increasingly large numbers of health campaigns which are being supported to target smoking and heart issues. Both of these can lead to Alzheimer’s when you age and just because men tend to smoke much more than women, these campaigns have helped them change their habits regarding their health.

Risk factors among women besides longevity which cause dementia

Until now, this big gender gap has been attributed to the fact that women live longer than men and hence they’re more vulnerable to dementia and Alzheimer’s. Though it is true that age is the biggest risk factor for developing such degenerative diseases but on an average women live 4-5 more than men and it is seen that Alzheimer’s starts off 2 decades before it is finally detected.

There have been genetic studies which have accounted for the difference of occurence among men and women. There have been studies done by the Stanford University taking into account more than 10,000 people where the researchers watched out for a type of gene ApoE-4 which is a gene which raises the risk of Alzheimer’s. It was found out that all women who held a copy of this gene were twice more likely to develop Alzheimer’s disease as compared to women who didn’t carry this gene. On the contrary, the men who had this gene had a slightly raised risk as compared to men who didn’t carry this gene.

One more study suggested that the gender gap can be related to the health of their heart. There was a study which suggested that since men are more likely to expire due to heart issues during their middle age and these men who live for more than 65 years of age might have healthy hearts which safeguard the brain from suffering from Alzheimer’s. Both heart issues and Alzheimer’s share similar risk factors including diabetes, cholesterol and obesity.

Facts on Dementia – Few things you need to know

Now that you are familiar with the fact that dementia occurs more among women, there are few facts that you need to know on this disease. Keep reading for more information.

Neurodegeneration is the condition which describes the neuron loss in the brain and which leads to several diseases like dementia. If you consider the word ‘dementia’, it is an umbrella term which covers several symptoms. Symptoms can vary among the different types of dementia and they might include confusion, memory loss and mood disorders. Dementia is caused by several diseases like Alzheimer’s disease. In fact this is the most common one which causes majority of the cases of dementia. Few other diseases which lead to dementia are vascular dementia, Lewy body dementia and frontotemporal dementia.

Who are the ones vulnerable to dementia?

Most people that suffer from dementia are above the age of 65 and as per estimates, only 2-5% of people living with dementia are under the age of 65 years. Nevertheless, there are few rare forms of dementia which can affect people who are of 30, 40 or 50 years of age. In the United Kingdom, 65% of the people with dementia are female and 34% are male. This difference is mainly because women live longer than men and because dementia is more common with age. 830,000 people in the UK are living with dementia. It has been estimated by the end of 2021 that the total number of people to be suffering from dementia would reach 1 million.

The most common symptoms and signs of dementia among women

Dementia develops gradually and there are few early signs which might not even be obvious. As the early signs of dementia are similar to the symptoms of various other diseases, it is tough to differentiate between proper dementia and forgetfulness which is normal with aging. Lewy body dementia, Alzheimer’s and frontotemporal dementia are all degenerative diseases of the nerve, this means that the symptoms gradually get serious with time. Such is also the case with vascular dementia. The speed of progression depends among people and there are also forms of dementia which progress slowly with time. With time dementia progresses and hence these are the symptoms that you may find:

Are there treatments available for dementia?

Dementia is the cause due to different progressive diseases which are most often not curable. However, there are few treatments which are available and which can help few people with early signs of dementia, including those which are caused by Alzheimer’s. However, the impact is temporary and they don’t work in a similar way for everyone. It is henceforth sad enough to note that there is no such treatment which can halt the progress of this disease in the brain. But the family members of the patient can appoint domiciliary care services in order to get professional assistance from the expert caregivers.

Living with Dementia – Tips for women to cope with challenges

In spite of the challenges posed by dementia, it doesn’t mean that life ends with this disease and there is no place for happiness. There are several coping strategies which let patients with dementia to stay independent as long as they can. As scientists are searching for a cure, researchers are also working to figure out the factors which help people suffering from dementia. Here are few tips to keep in mind.

Taking care of yourself on various levels

If you can handle the stress that is typically associated with dementia, you’ll know how to improve the quality of life.

Advice for the caregivers who offer care

For the caregivers of people who are suffering from an advanced stage dementia, here is a list of coping strategies that you should keep in mind.

So, if you’re someone who has a senior aged mom or a grandmom at home who is suffering from dementia, make sure you follow everything that is mentioned in this post apart from getting help of a specialist dementia care giver. Take proper care of them and play the role of an effective caregiver.