Sometimes we forget that life is beautiful and we need something to remind us. Luckily, there are people who are extra special and with their actions motivate others. 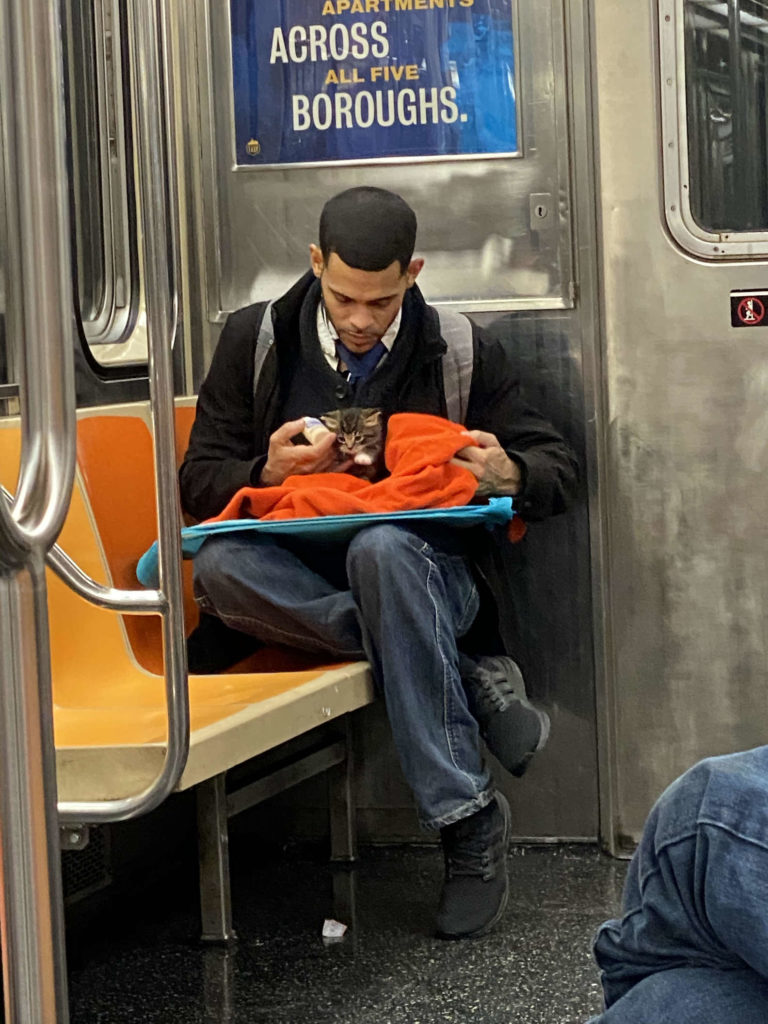 Gillian Rogers was taking was on the subway, just like any other day, but this day was special. October 26th was the date when Gillian restored her faith in humanity during these difficult times while riding the subway. Gillian spotted a young man bottle feeding a neonatal kitten and the sight just made her day. She took her phone out, snapped a photo of the man feeding the tiny baby and post it on her Facebook page. It seems like the timing was perfect because the photo went instantly vital and was shared more than 13.000 times. It seems like people needed to see something positive during these dark times. 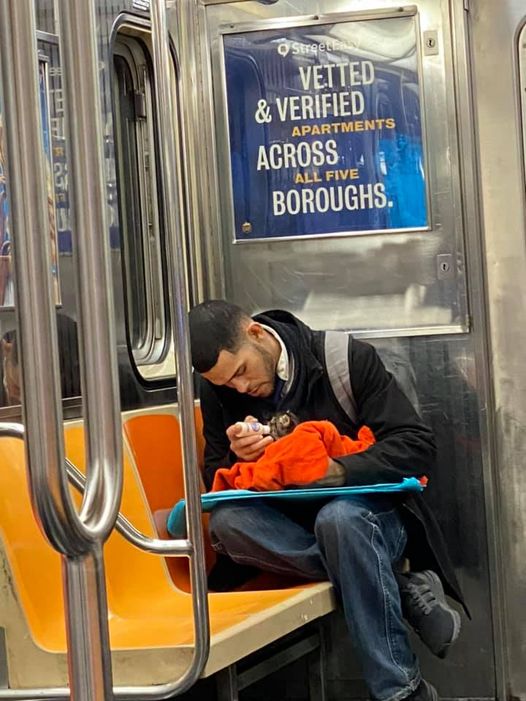 “I posted a picture of a man bottle feeding a kitten a few days ago. It went viral, and as a result The Dodo did an article. I hope that this man sees how his act of kindness has resonated with millions of people. He was not sitting there taking selfie’s, he was completely rapt in the moment. What a special human being. He was bottle feeding her. You could see the caring. My heart felt like it was going to explode to see someone with that much caring. He was so in the moment,’ said Gillian. 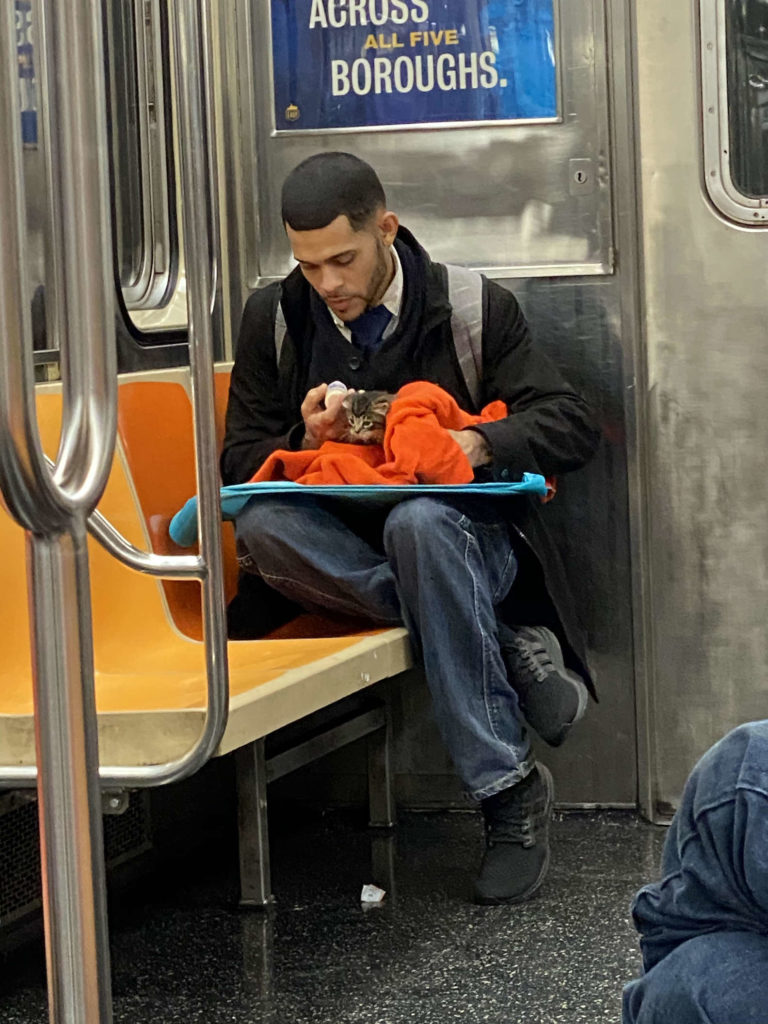 The young man explained that he found the tiny kitten alone on the streets, hiding between the building. He knew that he couldn’t leave it there, so decided to take the kitten and feed it.

“The kitten was looking up at him as he fed her,” Rogers said. “It was so heartwarming. I told him, ‘Thank you.’ It was truly a special moment. When I got off the train, I felt like I was walking on air. I felt joyful — like, it renewed my faith in humanity. There are still decent people out there,” said Gillian.