One woman risked her life to save a koala from a bushfires in Australia, and the video of her actions warmed people’s hearts.

The koala was crying and screaming in pain, while trying to climb a tree and save himself from burning alive. His body was in flames and he had serious injuries all over the body. 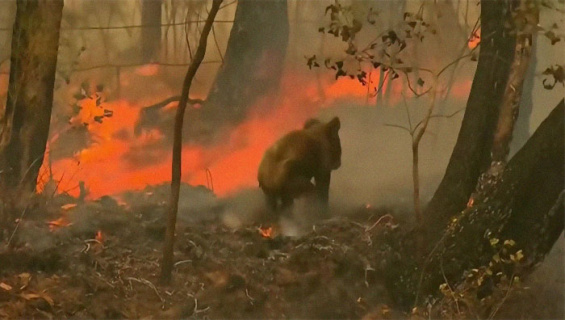 The injured animal was named Lewis, in honor of Toni’s grandchild. 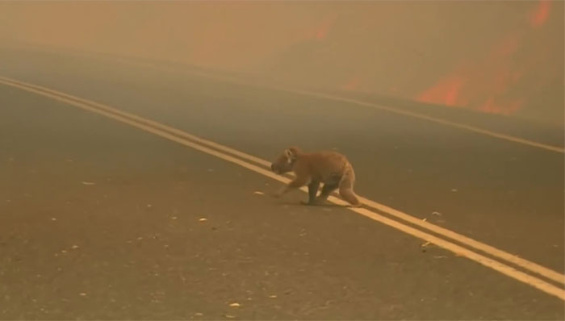 “It was terrifying to see him just come out of the flames and he looked so defenseless running along the road. I knew I needed to put something around him as I ran to the tree, so I just took off my shirt and covered him with it. I just tried to get him out of the fire, it was so hot and so frightening,” explains Toni. 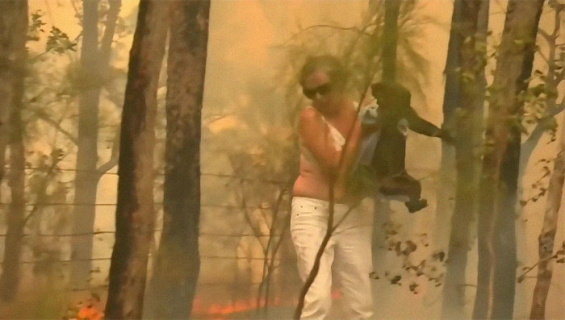 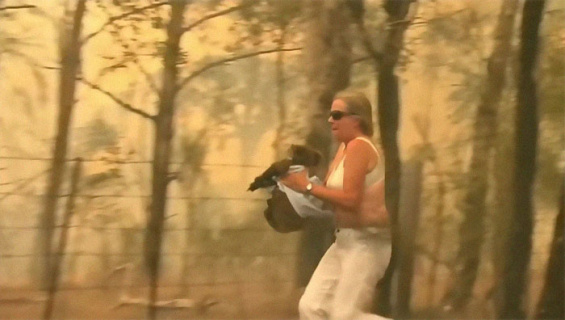 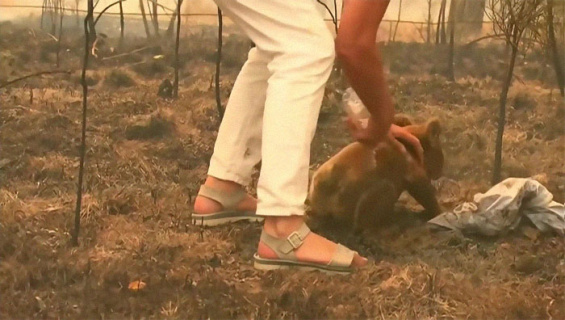 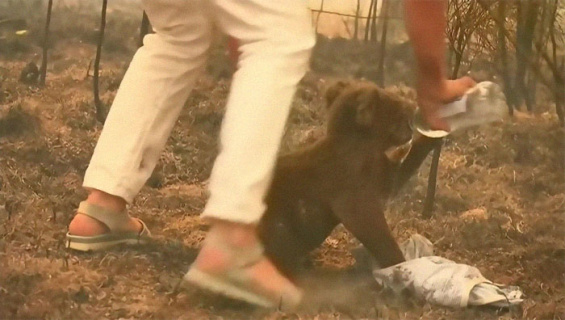 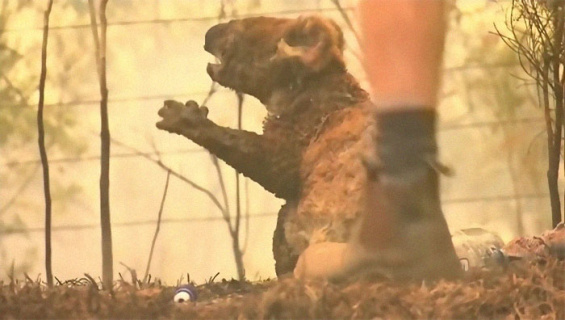 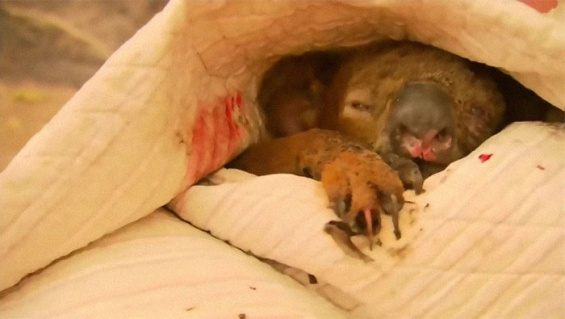 “This male koala who was so disorientated by the flames and unfortunately was burnt further as he headed back into active fire. He has been called Ellenborough Lewis (after her grandchild). He has been treated and is now in the five star accommodation at the Koala Hospital”, reported the doctors from Koala Hospital Port Macquarie.