Finding a home for special needs pets is extremely hard. Pets with special needs need more care and attention, and they’re less likely to get adopted. Luckily, there are people with open hearts for these animals. One of them is Tracey Fowler from Mendon, Vermont. Tracey lost her beloved Heydan, a German Shepherd a few years ago, and ever since then, she has been adopting dogs that no one wants to adopt. 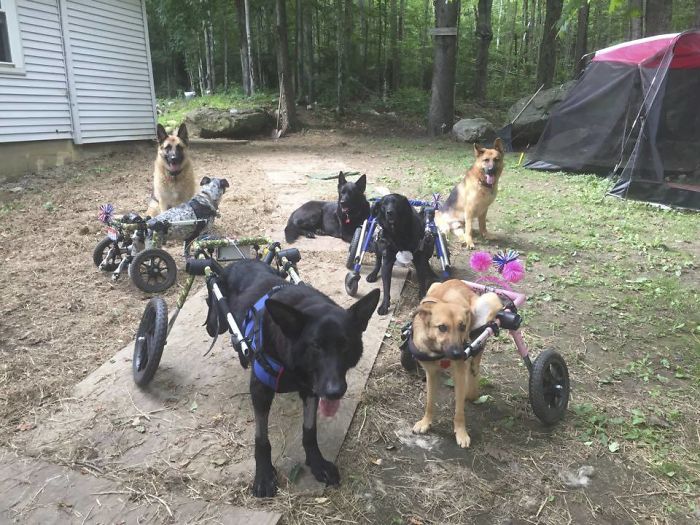 Tracey’s gang consists of 8 dogs and she calls them her “Fowler Herd”.

“Hayden crossed the Rainbow Bridge after a battle against degenerative myelopathy. The dog fought the brutal disease long and hard, and eventually ended up needing a wheelchair. But the paralysis didn’t take away his spirit. Tracey said he kept playing until his last day,” says Tracey. 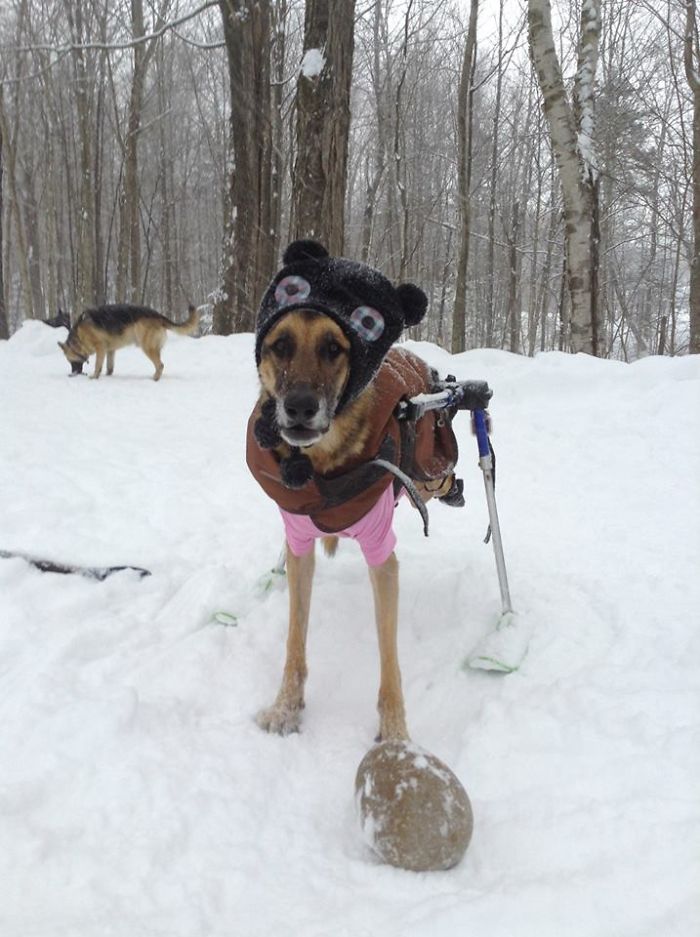 Tracey missed the sound Hayden’s wheels, so she decided to do something in his honor and make a difference for dogs like him. Tracey has 8 dogs, 6 with special needs and 2 German Shepherds, she had before adopting the others.

Tracey showers her gang with love and affections and the dogs love spending time with each other. The dogs especially love winter. When there’s snow, Tracey swaps her dog’s wheelchairs for skis and let them have fun.

Having special needs pets isn’t for everyone, but Tracey claims that taking care of the gang isn’t that difficult.

“If you are afraid of poop and pee, maybe adopting a special needs pet is not for you. If you’re OK with it, honestly, it’s no different than if they were walking. If we are able to show one owner there is another option besides saying goodbye [to their sick pet], then that’s what our goal is,” says Tracey. 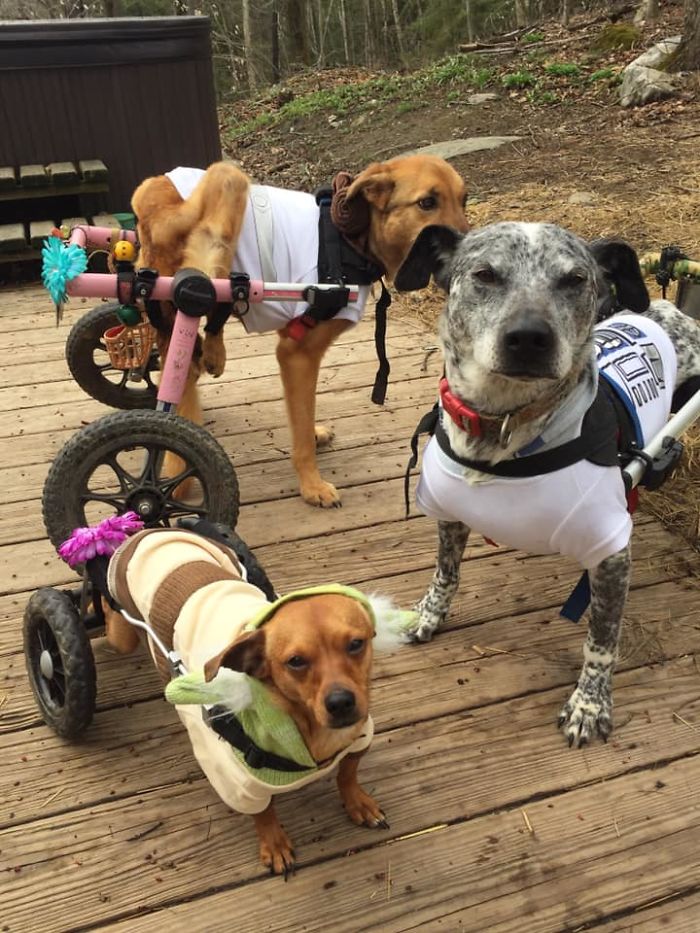 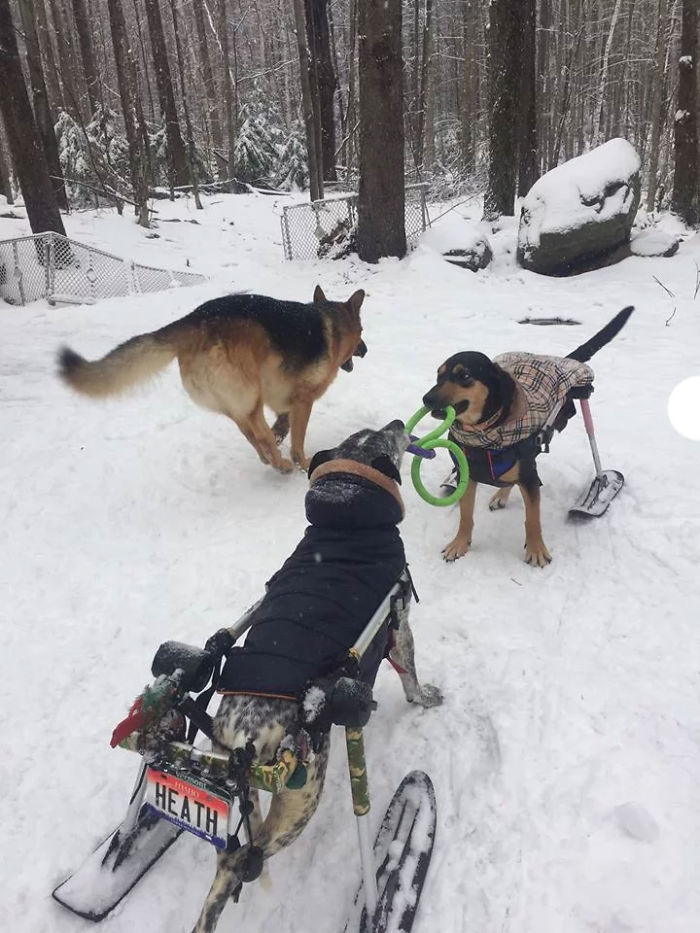 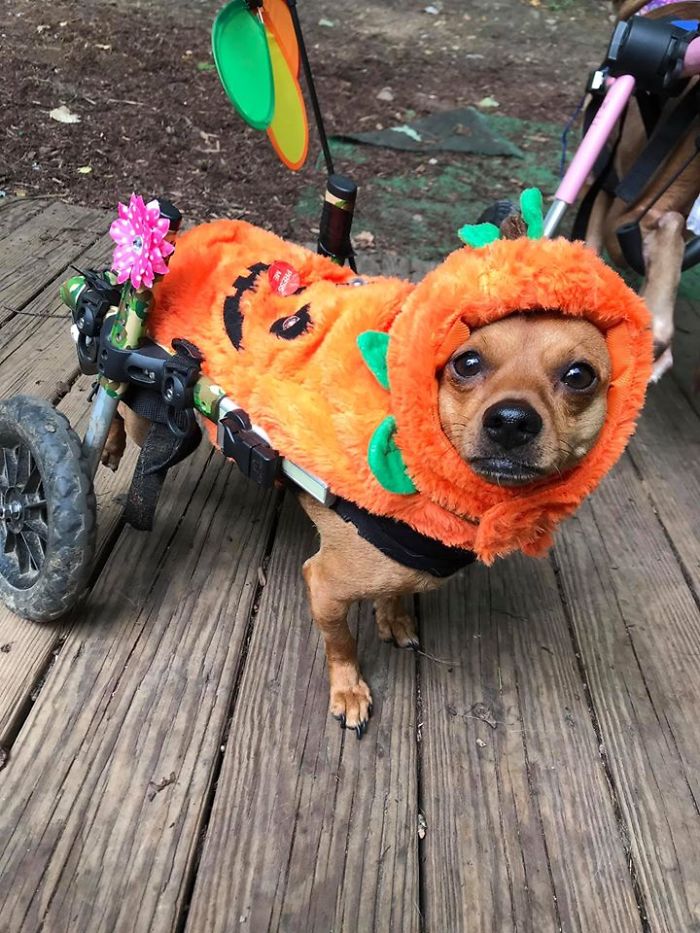 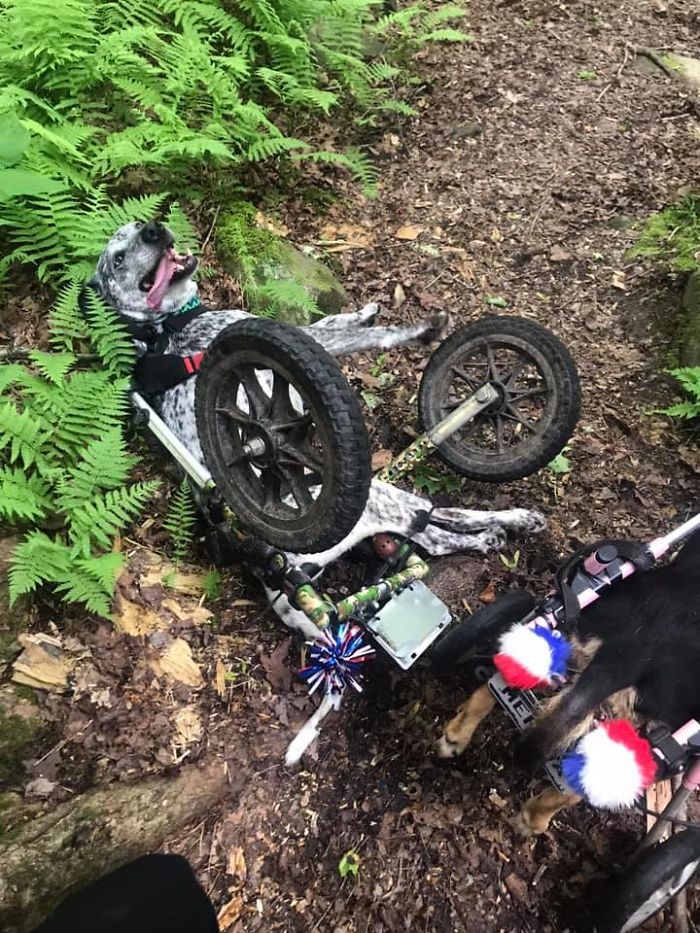 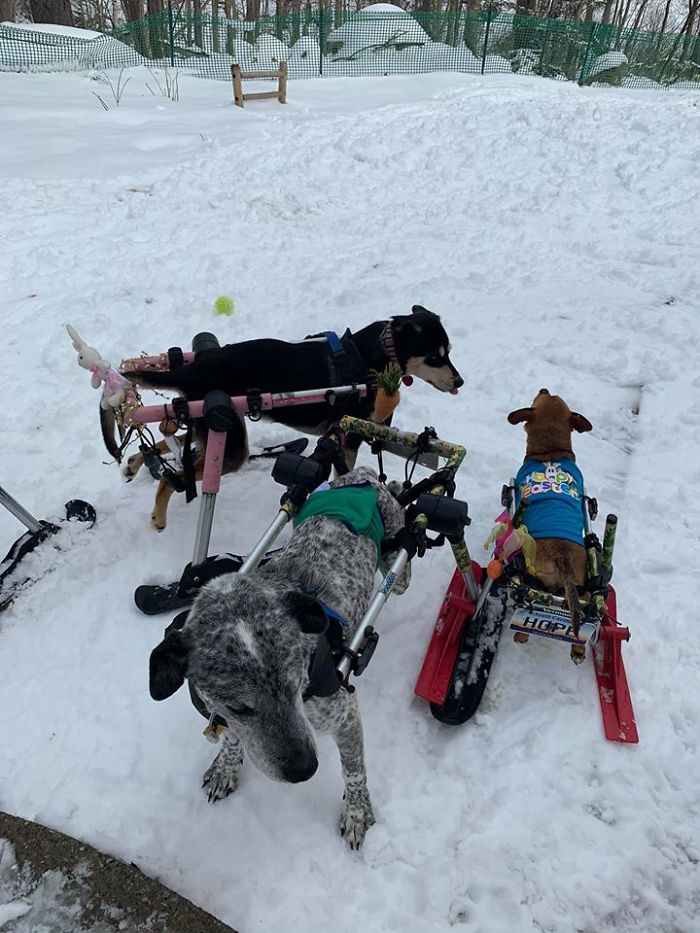 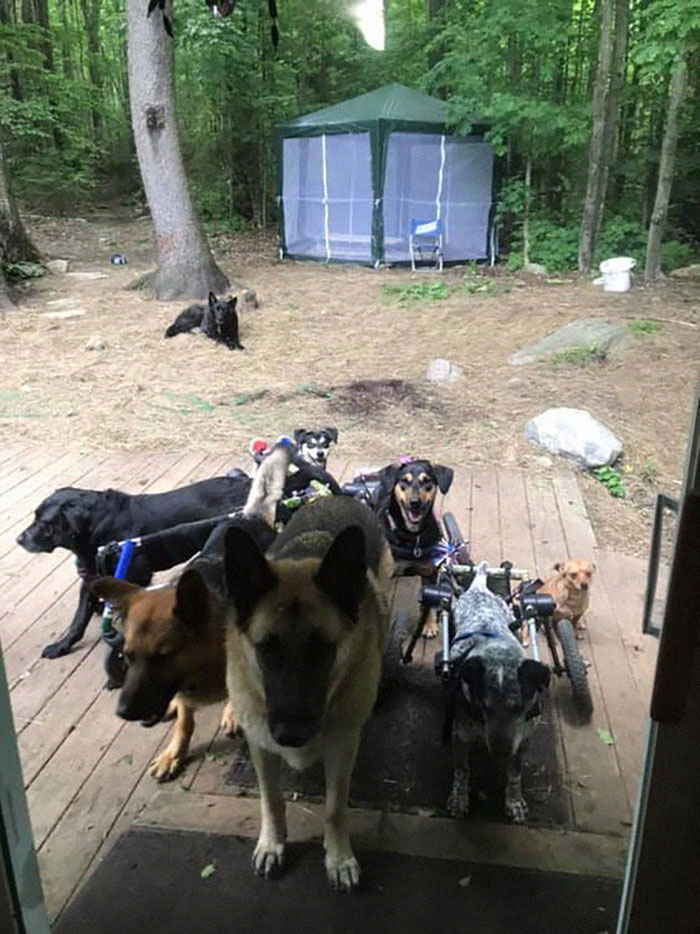