There is a wide variety of reasons why lingerie, and specifically the corset, keeps coming back into mainstream fashion. From the way the corset is treated in television and media to the general desire to look especially fashion-forward when you’re afforded the opportunity to go out, many things are pulling this lingerie item out into the limelight.

While the corset was originally a tool of patriarchal oppression, people everywhere are growing more and more interested in embracing their sexuality and wearing lingerie and underwear over their casual clothing. This is exciting, and we think that this lingerie fashion explosion deserves a little bit more of an explorative explanation. 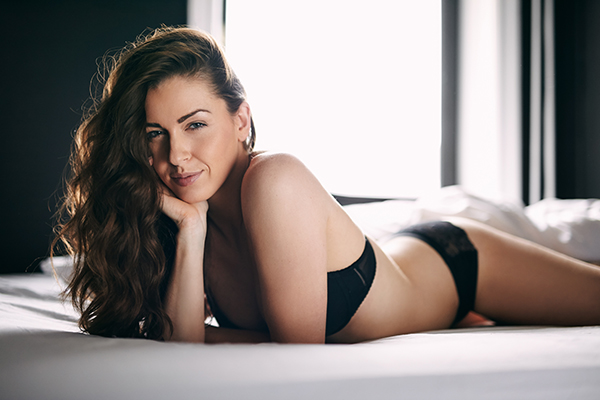 Celebrity Popularization of Lingerie on the Outside

Many celebrities have been embracing corsets in their red carpet and magazine cover looks. Still, it’s possible that famous people wearing corsets may have lent some serious fire to the ignition of this hot trend. After Olivia Rodrigo skyrocketed to fame, she was seen wearing corset tops in many photos used to advertise her Sour album. The pictures featured some nostalgic 90s grunge style, including a gorgeous corset.

Additionally, Billie Eilish has also worn corsets. While the star initially wanted to prevent the over-sexualization of her body by wearing oversized shirts and pants, she eventually embarked on a journey to embrace her own personal style and sexuality. Eilish has even been seen wearing a corset dress on the cover of British Vogue, which may hint at the idea that the fashion culture has fully embraced this evolved undergarment into everyday fashion.

Western society has a tendency to look backward for both nostalgia and fashion inspiration. In fact, Renaissance Faires have become increasingly popular over the last several years as folks get invested in the idea of creating their own characters and living fairy-tale-esque lives. However, some of this rise in popularity might have to do with shows like Bridgerton taking to the screen.

Bridgerton is a drama that takes place in the early 1800s, during the Regency period. While the Regency period doesn’t overlap with the European Renaissance, there are some thematic and fashionable similarities between the fantasies we frequently have when we consider each of them. In fact, corsets are popular at both the Renaissance Faire and in the Bridgerton show, bringing these historical fashions to the forefront of many of our minds.

Corsets, as mentioned earlier, were initially used as tools of oppression to control the outward appearances of the women who wore them. Now, however, people of all genders are flocking out to get corsets of their own. Something that helps this significantly is the fact that corsets are far more comfortable today than they used to be.

Modern corsets now come in more shapes, sizes, and fabrics. Instead of sucking something in, the intention of a corset seems to be enjoying the associated sexualization of the past. Additionally, the shapes allow us to focus more on the parts of our bodies we would like to accentuate rather than make parts of ourselves smaller.

As we’ve just mentioned, people also may be more interested in corsets now because they’re looking to tear down the old associations of oppression. Instead, they’re taking the sexualized undergarment in a new way, embracing their feelings of confidence and sexuality rather than guilt or shame.

Corsets were once considered undergarments, meaning they were meant to be hidden away and were very easy to sexualize. Now people are wearing corsets on whichever layer they please, showcasing their confidence and sexuality to the world and less likely to care who sees it.

Fashion has also been bending in this direction for a long time, creating pieces that toe the line between undergarment and overgarment. Over the last several years, it’s become increasingly common to wear lingerie with jeans and bras as shirts, for instance.

And before wearing underwear as outerwear was popularized, the seamlines on tops were slowly rising. This resulted in crop tops being made in factories or at home more frequently, and it slowly became more acceptable to show off your midriff if you so chose. Naturally, these risen seamlines eventually led the way to wearing corsets as an outer garment fashion statement.

Excitement to Go Out and About

If the last few years of social distancing and staying at home have taught us anything, it’s taught us to value the opportunities we have to get out of the house and show off our individuality to the world. As more of us have been desperate to keep up with the trends that are up and coming in the fashion industry, more of us have also been trying to take the inside out.

Whether the idea was purposeful or not, the undergarments came out to play around the same time that many of us in the Western world were finally able to. Meaning, once shelter-in-place and social distancing restrictions began to lift slowly, more of us were coming out in our underwear and lingerie.

Going outside again is admittedly a nice excuse to get out of our pajamas and sweatpants, and more of us are treating even short excursions outdoors as an opportunity to get dressed to the nines. We may not be wearing ballgowns outside yet, but we’re certainly getting closer.