Fashion is known to be ever-evolving. Tattoos are a major fashion trend that are commonly spotted on young people. Most of the people sporting tattoos like to wear them on their skin as a bold style statement. Tattoos can be small or big or a million other things according to the individual’s personal preferences. 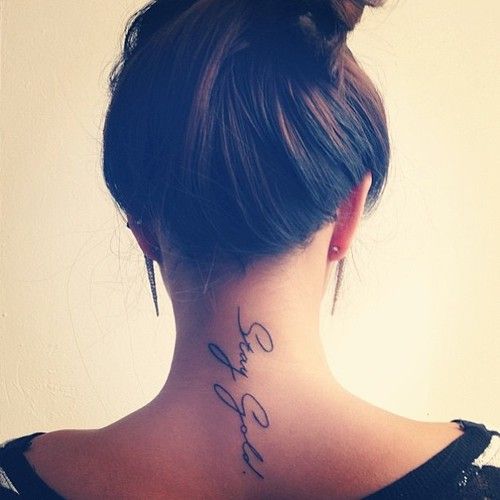 Tattoo: an extension of oneself

It is an entirely personal opinion as to where one decides to get one inked on their body. Today’s youth does not believe in shying away from sporting tattoos that are visible beyond the constraints of their shirts and pants. Most like to be bold, loud and without a doubt visible! The tattoos are an extension of one’s identity. Along with the style quotient, each tattoo inked on the body has some story behind it. The tattoo serves both the purpose of being stylish along with having one’s memories inked for a lifetime in the form of art or words on one’s skin. Today’s younger generation is getting bolder and bolder with the placement of their tattoos. Panumart Tattoo Chiang Mai credits Mike Tyson and Lil Wayne as pioneers in popularizing tattoos being placed in once taboo locations. While those two celebrities decided to ink their faces, today’s youth are just as in love with neck tattoos.

Choosing the Placement of tattoos

Tattoos hold a different significance when placed on different parts of the body. For instance, a flower on the arm might seem quite normal versus another figure on the most visible part, the neck. The neck tattoo seems to be an all-time controversial one as it is one of the most visible body parts. Neck tattoos seem to have a “bad” reputation owing to their high visibility, sensitivity, and placement on a delicate body area. Their so-called bad reputation also comes from the fact they have been constantly spotted on prisoners and associated with gang member’s tattoos.

However, the times are changing and neck tattoos are more of a fashion trend than a symbol merely spotted on the goons. The neck tattoos are considered normal in present times due to their finer and softer appearance. The fine lines along with dainty figures spotted by some of the well-known celebrities, the neck tattoos have become the recent talk of the town. The stars have a much-noted impact on the present youth. Their styles can be seen regularly followed and it all requires an international star to spot a trend once and it instantly becomes a much-followed style in the youth.

The neck tattoo is a statement piece. It is a declaration by the owner to the world, saying “this is who I am.” In today’s generation this is becoming ever-more popular. That declaration does come with consequences, though. As the taboo may still encourage people to treat you differently or discriminate against you in the work place.

The tattoo is also a sensitive area for healing.

A tattoo on the neck should be carefully planned and only should be done by an experienced artist using high quality tattoo ink. The skin on the neck is constantly exposed to sun damage and may be wrinkled with age with the passing time.

According to the dermatologists, a proper moisturizing and sun protecting routine are to be followed every single day in order to protect the skin from the harmful effects of the sun along with preventing it from sagging early.

Eventually, the tattoos fade and blur with time but due to the very nature of the skin. Due to the advancement in technology, the quality is definitely improved with quality inks to better needles which cause the tattoos to retain its original texture for a much longer period.  Just like the decision to get inked on the neck, the removal of the tattoo from the delicate neck area also requires more sessions than the other body areas. Hence the decision should be taken with much consideration.