The pizza delivery guy, Edgar, is owner of a Big Mama’s and Papa’s Pizzeria franchise in Hollywood definitely became a celebrity now. He told To Ellen, he was thinking that is called to delivery pizzas for some “writers“.

“When I was there, they just told me to wait, and then you came out,” said Edgar at the Ellen show.

Edgar also said Julia Roberts was his “woman in dreams” and that he was always watching her movies.

DeGeneres gave him a $1,000 tip from the Pharrell’s famous hat, which she passed with around for a tip at the Oscars.

The order was about 20 pizzas with cheese, pepperoni, mushrooms… Brad Pitt, Jennifer Lawrence, Meryl Streep and Kerry Washington were very hungry at the Oscars` night. 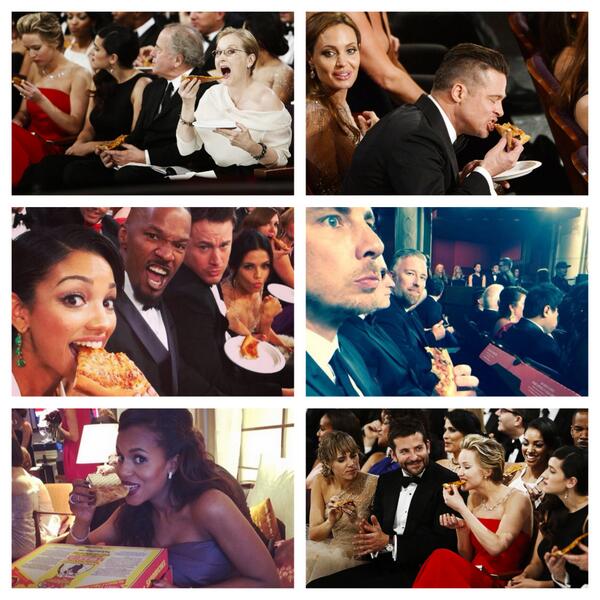