There’s a new addiction to hit the internet and our homes and no, it’s not another new type of talking Furby toy. This is something much more special and it involves pretty pearls and jewellery.

In fact, it’s a pretty hands on experience in general and involves you opening up a real, (but dead) sea oyster shell. This may sound rather disgusting and in all honesty, it actually is just a little, but there’s something rather lustrous inside which may just overcome your fear of opening one…as inside side you’ll find a pretty, shiny and real grown pearl. 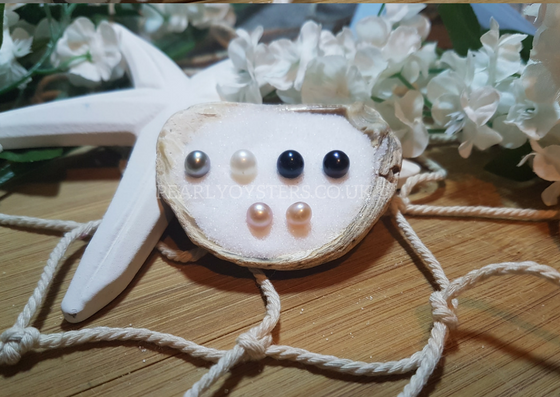 That’s right… you can now buy special oysters, which have been cultured and grown in such a way that every single one has a real pearl inside! The internet has pretty much gone crazy over this idea and hundreds of people have been broadcasting themselves online opening their oysters and showing the world what colour, size and quantity of pearls they’ve uncovered.

With their pearls, they then display them at home or turn them into jewellery such as a necklace or pair of earrings. The great thing about it is that you’re actually taking part yourself while creating something rather spectacular and unique to yourself. Simply uncover the pearls and then decide how you wish to show them off.

Not only can you create and show off your own pearls, but oysters with pearls are also a great idea to give as a gift to a friend or family member. It’s rather unique, unheard of and pretty special. Let’s face it, who wouldn’t want to receive a pearl or two for their birthday or special occasion? 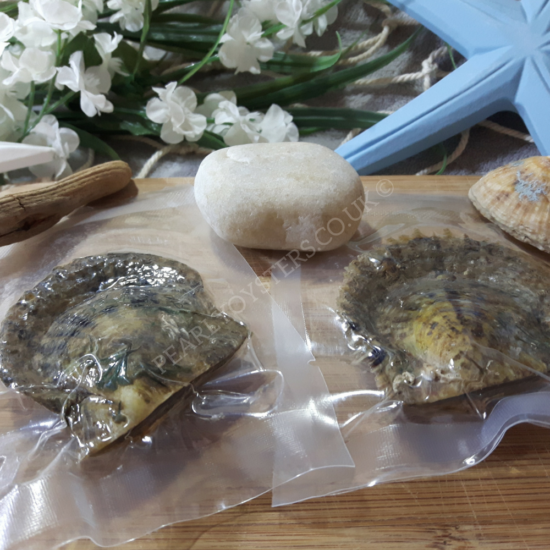 Where Can I Buy Pearl Oysters From?

If you’re looking to take part in this addicting hobby yourself and create your own pearl collection or even jewellery, then we recommend heading over to PearlyOysters.co.uk who are able to deliver oysters with pearls throughout the UK.

Other providers may be available to you if you’re in a different location or country, so simply check your local search engine for details of providers near you.
How They’re Made

Normally, it’s very rare in the wild for an oyster to grow a pearl. For one to be formed, a piece of debris or broken shell needs to make its way inside the oyster’s shell, but being as their shells are closed most of their life, this isn’t just an everyday occurrence.
However, on the rare chance that a piece of debris gets inside, the oyster’s mollusc (the fleshy living part inside) see’s the debris as a nuisance, and so traps it with nacre (the organic material which pearls are formed from). Over a good few years, the oyster mollusc adds layers of nacre of the piece debris, slowly growing it into a lustrous, shiny pearl, and which could end up being in a range of different colours from white and silvers to pink and purples.

Nowadays, we’re able to overcome mother nature and artificially inject a piece of debris inside oysters. It then takes a few years for it to develop, so farmers take care looking after them in a cosy salt or freshwater environment until their old enough for a pearl to have been fully formed. This is known as culturing, and mostly happens in China or Japan.

However, thanks to vacuum packing equipment, cultured oysters with pearls are able to be securely sealed either individually or in packs at the farms in China or Japan and shipped all over the world for everyone to enjoy.