Some people say that cats and dogs can’t be friends, but Gomez and Morticia will prove everyone wrong!

A man was taking a walk in the Hamptons Soccer Park, in Hamptons, Virginia when he heard something coming from the toilets. The man spotted a small puppy and a black kitten squeezed together between the two portable toilets. The man took a photo of the adorable pair and posted them on a private social network called Nextdoor. Some animal lovers rushed to the park and found the little friends frozen in place and covered in grass. Getting those two wasn’t an easy task, since Gomez, the 2-year old Chihuahua wanted to protect his furry, little friend at any cost. 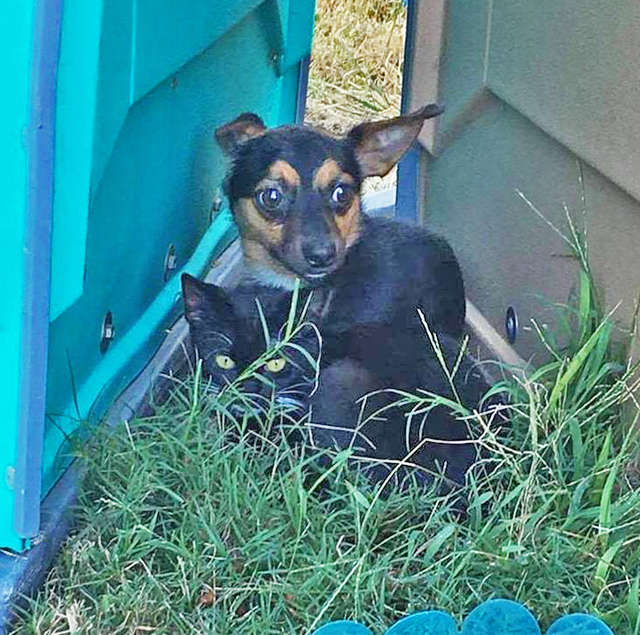 “Totally bonded … dog is growling if we get too close so we have notified animal control and are waiting for them,” a Good Samaritan wrote in a social media post. “Three of us are monitoring them right now.”

The adorable pair was brought to the local shelter and cleaned up. A photo of them was shared on the Facebook group called “Lost and Found Pets of Hamptons Roads, VA” and someone noticed them. 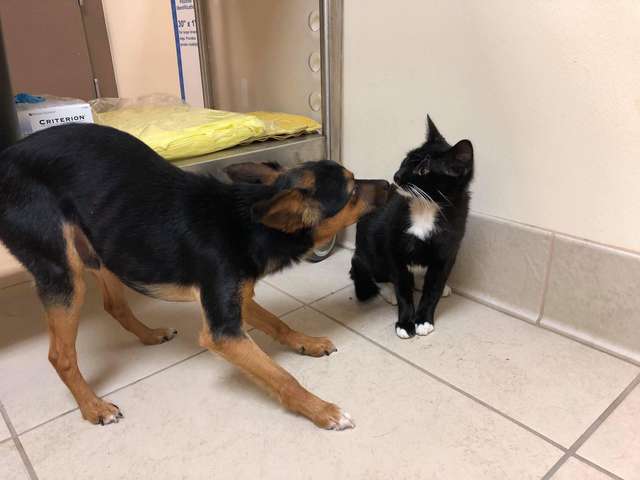 The director of Saver of Souls Pet Resue, Turkan Ertugrul stoped everything he was doing when he saw the photo and decided to help and make sure the pair is not separated.

“They looked so scared in the picture it made us take notice. We tend to favor the scared ones because they just don’t understand when you are trying to help.  At most shelters, it’s against policy to put dogs and cats together for safety’s sake and we knew they would be separated. Their plight was keeping us up at night worrying about how they were doing apart from each other”  explains Turkan. 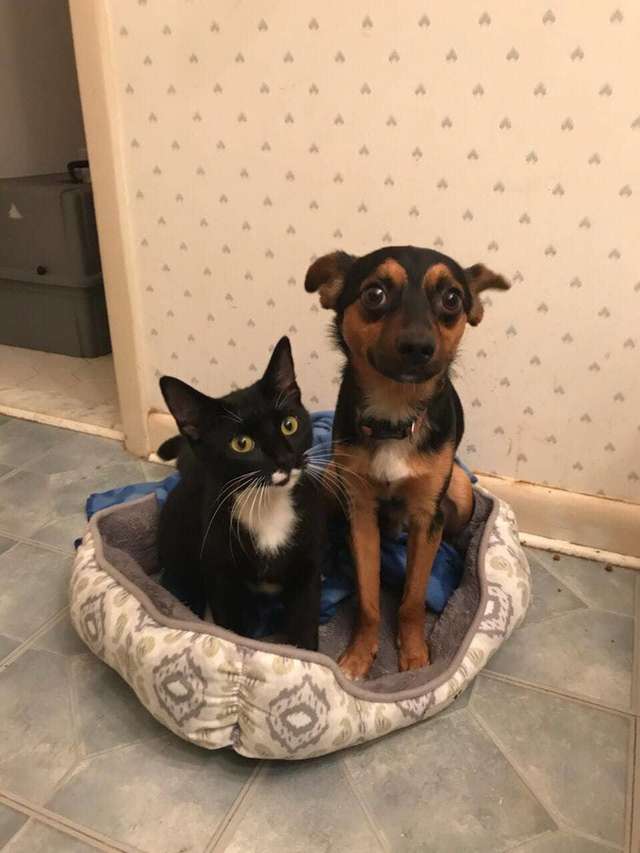 The adorable pair is now living together in a foster home where everyone notices their deep bond. They’re not only kind and playful towards people, they also have bubbly personalities.

“Gomez is shy around people when he first meets them, but warms up quickly. He really opens up when Morticia is around. They are both happier and more outgoing when together than when they meet people individually,” says Turkan. 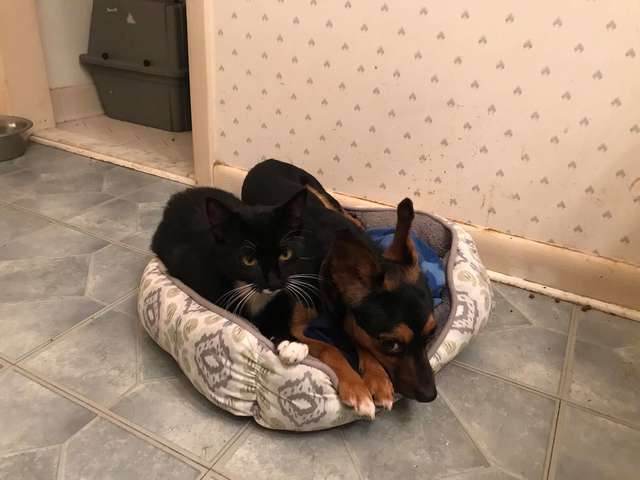