This unfortunate dog got hit by a train and got his legs crushed. The railroad workers saw the injured dog lying by the track and contacted Animal aid. Rescuers got there quickly and were shocked when they saw in what condition the dog was- his legs were totally crushed, his front leg was only attached by a few threads of tissue. 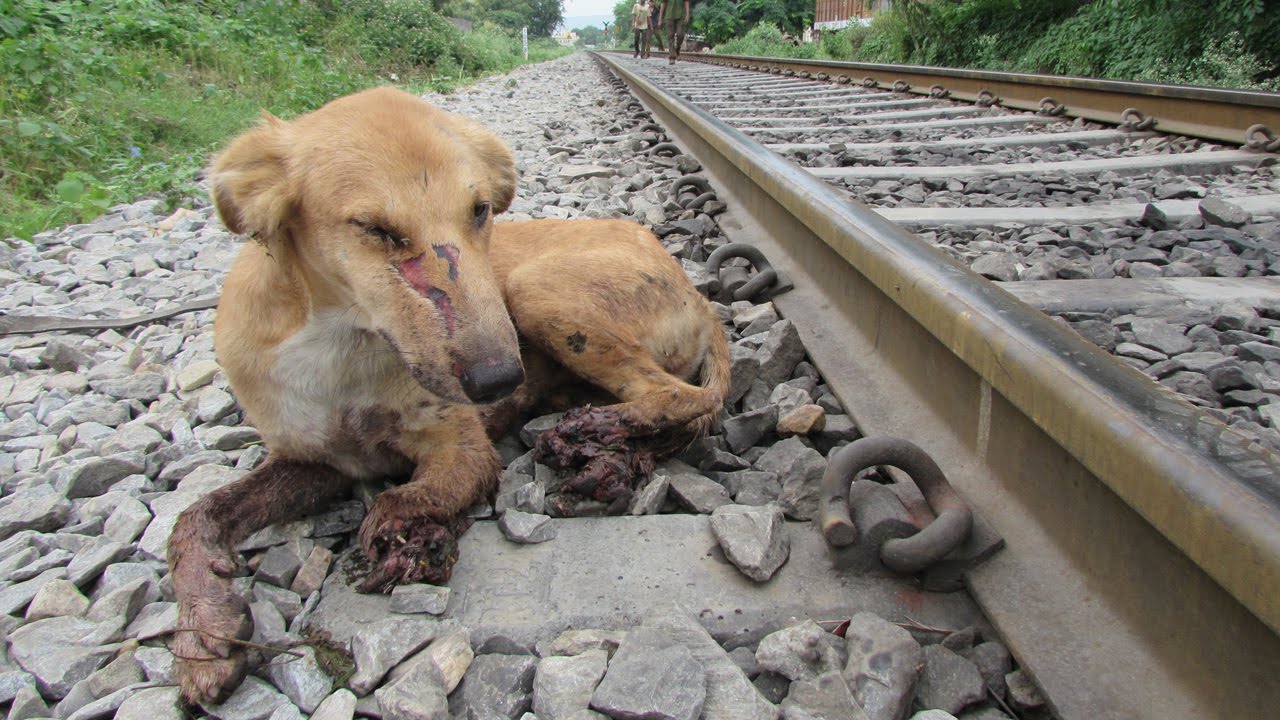 The rescuers rushed the dog to Animal Aid and it got clear that if they wanted the dog to survive, they would have to amputate one leg and partially amputate the two other legs.

“We had never before rescued a dog with such ghastly injuries, but yet who was so alive and otherwise healthy. With heavy hearts we didn’t think we could save him and that we would have to euthanize him. But as our team stood around him, petting him and trying to soothe his pain, we decided to let love be our guide. We took him into surgery and our doctors and nurses spent the next five hours amputating his crushed limbs,” explain from Animal Aid.

The named the dog Deepak and it took them 6 months to get him recovered.