Starting at Sydney Harbour, the Parramatta river snakes inland through numerous Greater Sydney suburbs. In fact, it’s one of the city’s key natural features and also serves as a playground for many visitors and residents.

Located all along the stretch of the river are various things to see and do and in this post, we’ll take a look at some of the things you can enjoy that are located near the iconic Parramatta River. 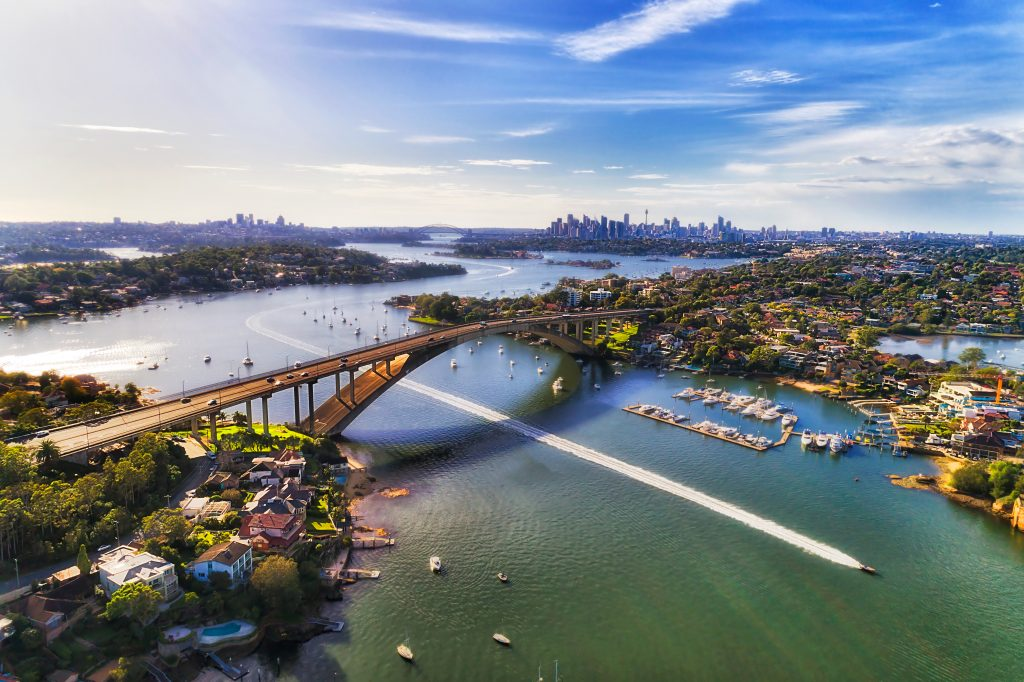 Spanning more than 27 hectares, George Kendall Riverside Park is situated right alongside the Parramatta River. Key features of the park include a walking and bicycle track that meanders its way through the lush vegetation and open grassland.

If you’re into sport you can indulge in a game of tennis on the tennis courts, try your hand at baseball, get in a friendly game of soccer or even play a cricket match. There is also a basketball court and netball court.

If you don’t fancy being active, just chill out on the banks of the river with a picnic lunch, or take advantage of the park’s BBQ facilities and cook up a storm.

Have Fun At Dooleys Waterview Club

Dooleys Waterview Club is situated right near the Parramatta River in the suburb of Silverwater. It is also commonly referred to as Dooleys Silverwater Club due to its location. At Dooleys you can indulge your taste buds with some of the best food the area has to offer, all at fair prices.

Along with dining, no club would be complete without a broad selection of alcohol to enjoy while listening to some live music and entertainment. You can even head to Dooleys for your morning coffee at the cafe with plenty of off-street parking available.

Hosting a function or corporate event? You can make use of the fantastic function rooms at Dooleys and the expert staff will help ensure your event is a success.

The club has a great atmosphere and a very picturesque location.

Located in trendy Parramatta and right on the riverbank is the iconic Prince Alfred Square, a site steeped in history. In the summer the parklands area plays host to the Sydney Festival, which includes a circus among other entertainment.

The region was first settled way back in 1796 when one of Sydney’s first jails was built on the site. In modern times it’s home to the Victorian Bandstand.

Also located in the vicinity is the Parramatta Visitor’s Centre and the Riverside Theatres. When it comes to dining choices, it’s a veritable smorgasbord, with so many fine restaurants located nearby. Places like the Paper Plane Cafe and The Emporium will be sure to have your taste buds tingling with excitement.

Throughout the year, Prince Alfred Square and surrounding areas holds many events, so it’s definitely a location for your Parramatta River bucket list.

Chill Out With a Parramatta River Cruise

You have a few options when it comes to cruising the Parramatta River on a guided ferry tour. You can do an inland river tour which takes in all the sites of Western Sydney. Or, take the ferry from Sydney Harbour and cruise to Sydney Olympic Park.

Sydney is diverse and so is the shoreline of this iconic river system. You won’t be bored for one second as you kick back and drink in the scenery. You’ll also be treated to some of the most sought after real estate in the country and be in awe of some of the homes located along the edges of the river itself.

Visitors can also stop off at various locations en route, then take the ferry back to their starting location later in the day.

Cockatoo Island Is Worth a Look

Located at the junction of the Parramatta River and Sydney Harbour is UNESCO World Heritage Site, Cockatoo Island.

Originally a penal colony in the mid-1800s, the island was also later home to one of the country’s biggest shipyards.

Visitors to the island can still explore the remnants of the penal colony and shipyards, as well as be entertained by a variety of festivals that take place throughout the year. It’s a popular spot for campers and a fantastic location from which to watch the New year’s Eve fireworks.