The 71-year old Joao Pereira de Souza from Brazil found a Magellanic penguin laying on the beach in front of his house in March, 2011. The penguin was soaked in oil and fighting for his life. Joao cleaned the penguin, fed him and tried to get him back into the sea, but the penguin didn’t want to leave the human who rescued him. Joao even named the penguin Jingjing. 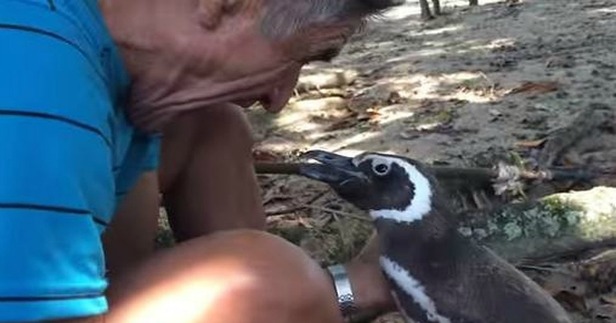 Jingjing regularly goes to sea for weeks and months at a time, but he always finds his way back to Joao’s home. 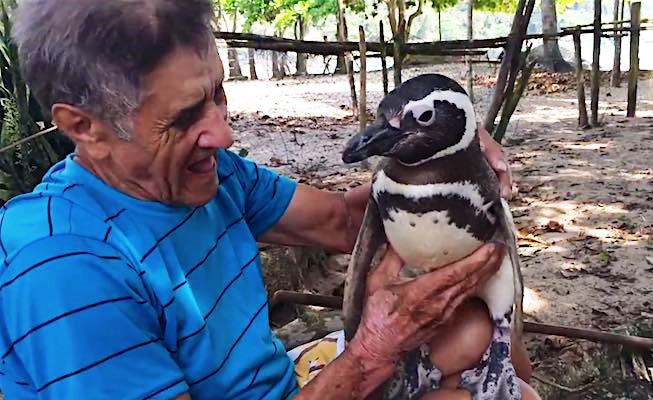 Jingjing spends around 8 months a year with Joao and their bond has become really strong. “I love the penguin like it’s my own child and I believe the penguin loves me,” says Joao. 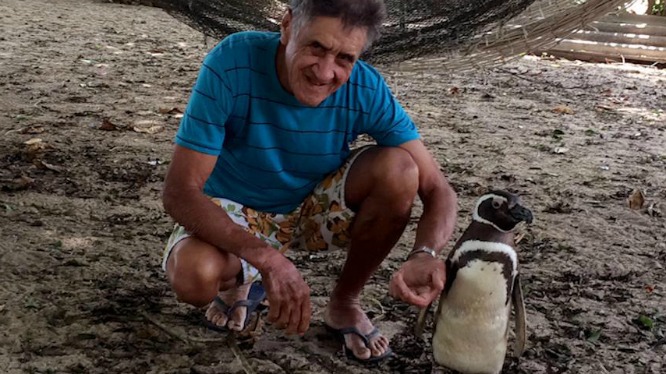 Joao explains that Jingjing doesn’t allow any animals close to him.

“No one else is allowed to touch him. He pecks them if they do. He lays on my lap, lets me give him showers, allows me to feed him sardines and to pick him up,” says Joao. 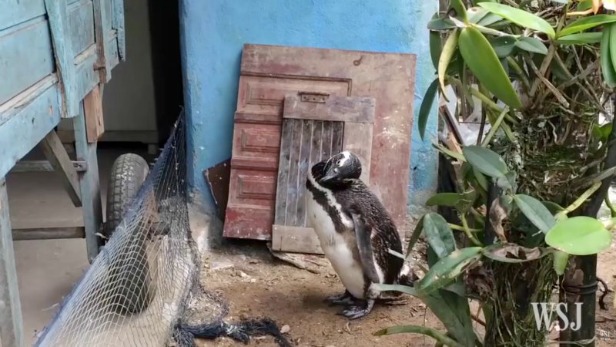 Take a look at this incredible friendship!