One of the foundational principles of modern geoscience is “the present is the key to the past.” In practical applications, this axiom means that the geoscientist starts from what is known about the earth today to direct his studies about what is not known. As a result, field studies are the backbone and starting point for his investigations whether the reconstruction of the past, that is the geologic history or paleontology of an area, or the exploration for additional mineral resources are the objective. We can rely on tools and software like those of  mount sopris to further identify these studies and provide us the equipment needed to investigate. Although this initial orientation of all geological studies is necessary, there are several limitations of this approach, the primary one being a lack of accessibility to the study area. 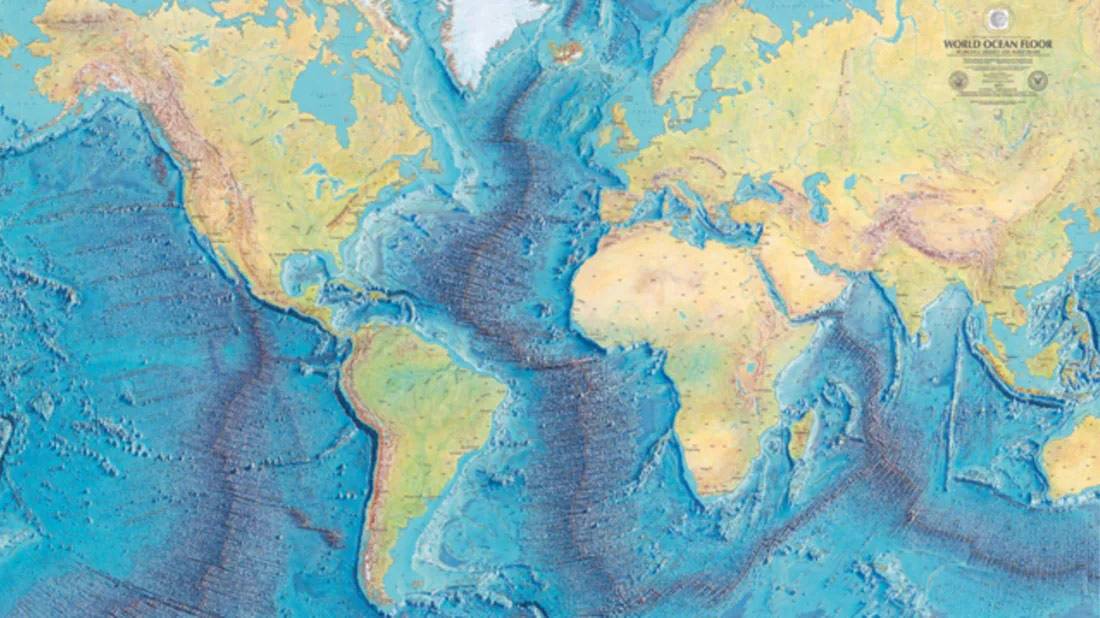 In particular, oceanographic research into the nature of the ocean floor faced this problem, and, considering the fact that 71% of the surface of the earth is covered by water, this obstacle severely limited our understanding of the crustal evolution of the earth. Land-based operations had the advantage of being able to take direct field observations and extend them into the subsurface by means of indirect geophysical measurements on the surface, such as gravity data and seismic reflection surveys, and direct observations of the subsurface by means of drilling wells and using borehole logging equipment to determine the nature of the rocks encountered and to correlate them with those from nearby wells and with the results of the surface measurements. In contrast, the primary information about the ocean floor consisted of individual soundings of its depth and a limited number of sonar profiles gathered by naval vessels during World War II.

Enter Marie Tharp. She was born in 1920 in Ypsilanti, MI, the daughter of a soil engineer, often accompanying him as he mapped soil distributions for the USDA, her introduction to mapmaking. At the time, such work was considered “man’s work” and unsuitable for women, an obstacle she would encounter several times in her career. She graduated from Ohio University in 1943, during the war having majored in English and music, along with 4 minors, showing a wide range of interests. The scarcity of men because of their service in the war created openings in many fields, and she was recruited into the petroleum geology program at the University of Michigan where she acquired a master’s degree in geology. However, when she went to work for an oil company, she was assigned clerical work in their research lab because they didn’t know how to use her in a male-dominated workplace in the field. Bored, she redeemed her time by obtaining a second master’s in mathematics at the University of Tulsa.

In 1948, Marie moved to New York City where she found work with the Lamont Geological Observatory doing drafting work, one of the first women hired there. She established a working relationship with Bruce Heezen, which soon became a full-time position plotting the topography of the North Atlantic ocean floor. Although as a woman she was not allowed to participate in the research ship doing the bathymetric data collection, she stayed in the lab interpreting the data, working with a cartographer to construct maps that accurately reflected the topography being revealed. And the results would revolutionize our understanding of the nature of the earth.

Continental drift had been proposed as an explanation for the apparent fit of the continents, especially those in the southern hemisphere, as early as 1596 by Abraham Ortelius, a noted cartographer. In modern times, Alfred Wegener presented his ideas that the continents were once  joined together based on their fit, common paleo climate indicators, and similar fossil distributions. However, the majority of geologists had rejected that hypothesis because they could envision no mechanisms for solid rock to plow through solid rock. Instead, geologists like Heezen had adopted an expanding earth hypothesis to explain the existing data. But Marie, studying the profiles of the ocean floor, discovered an interesting feature. All of them showed a ridge toward the middle of the ocean and the ridges connected with each other. She called this feature a rift valley and envisioned this area to be a place where the seafloor was spreading apart with new oceanic crustal material welling up from the mantle and pushing the older rocks away. Although Heezen rejected her ideas at first because it looked too much like continental drift, at that time an anathema to geologists, especially in America, her detailed work soon convinced him of the truth. When a map of the epicenters of the earthquakes in the Atlantic basin, compiled by another scientist in the laboratory, was overlain on Marie’s map of the mid-Atlantic ridge, they both fit together perfectly. It was the birth of the theory of plate tectonics, that is, continental drift now with a driving mechanism, seafloor spreading.

Her work on the mid-Atlantic ridge was kept secret for a while because of the cold war and the fear that enemy submarines might use her maps to infiltrate American waters. She used that time to develop seafloor topography maps for other ocean basins. Despite having even less data than she used in the North Atlantic, her maps have proven remarkably accurate. When the maps were declassified, she  and Heezen asked the landscape artist Heinrich Berann to paint a map to the specifications of the largest size that could be printed. He had worked with them for years painting the maps that Tharp created. That finished painting of the whole earth’s ocean floor was released in 1977.

Her fight to maintain her integrity by producing extraordinary results in spite of the obstacles she faced as a woman in a man’s world (for example, Heezen took credit for her work without acknowledgement at first) allowed her to persevere in following her instincts as she pursued her mapmaking of the ocean floor. As a result, a new paradigm of the tectonic activity of the world, easily observed with the help of her maps even if not completely understood, has emerged.