There are plenty of popular figures and characters that can influence our way of thinking, especially with the growth of digital media platforms such as social media and Netflix, and high-budget TV series and films being released constantly.

Something that every parent must decide is what to name their new bundle of joy  – this is not an easy task, especially when many factors influence this huge decision.

Cultural influences have always played a part in what parents name their children, and this trend has continued to grow over the years.

You could research baby names online or look to name your newborn after someone special to you, yet pop culture and celebrities widely influence what names are given to the nation’s babies.

The Kathryn’s team used Office for National Statistics data to look into what the most popular baby names are. Kathryns then examined the following factors to find out what cultural influences are behind baby names. 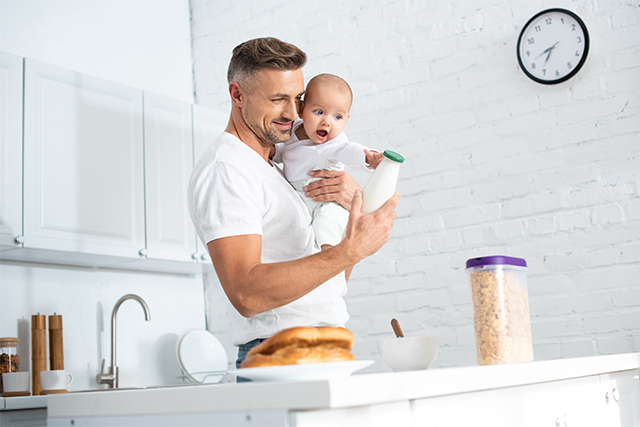 Following the release of the popular film series, Star Wars proves how names featured in films can become popular.

Up until 2015, names like Kylo and Lando were given to babies fewer than two times per year.  However, in 2020 following the release of the third Star Wars film, the name ‘Kylo’ was given to 189 babies, and one of the main characters in the updated franchise was called ‘Kylo Ren’.

There was a 1790% increase in babies being called Kylo as a result of the franchise, giving popularity to a previously uncommon name.

Born in 2015, Kim Kardashian and Kanye West’s son ‘Saint’ has been featured on the popular reality TV program ‘Keeping Up With The Kardashians’ ever since.

When Saint was born, only five babies were given the same name that year in the UK! The popularity of the name has significantly increased since Saint was born a celebrity and was featured in the family reality series over six years ago.

The number of babies named ‘Ezra’ in the UK has spiked since 2014, following the release of George Ezra’s album ‘Wanted on Voyage’ which featured the hit single ‘Budapest’, which rose to number three on the UK charts.

There were around 275 babies named Ezra in 2014 when his album was released. Seven years after the release of his debut album, the singer’s stage-name ‘Ezra’ was given to babies 1,226 times, which resulted in a total increase of 346%.

Mabel, a popular RnB and pop singer, is another artist who has influenced baby names over the past few years.

There were 350 babies named Mabel in 2017 following the release of her breakthrough single ‘Finders Keepers’. In 2021, that figure rose to 885 babies named Mabel, four years after the singer being a huge name in the UK music scene, showing a 153% increase!

Airing in 2020, the Netflix program ‘Sex Education’ became a widely popular series. The rise of this Netflix show also saw a rise in popularity for the names of two of the main characters, ‘Otis’ and ‘Maeve’.

After the release of the BBC’s popular series ‘The Peaky Blinders’, there is evidence to suggest that the names of the main characters have influenced what UK parents named their babies in the last few years.

Other names such as ‘Finn’ and ‘Tommy’ also saw an increase due to the popularity of the TV series. With ‘Tommy’ already being a popular name before the release of ‘Peaky Blinders’, and ‘Finn’ also featuring as a character in the Star Wars franchise, both of their rises were inconsistent in comparison with the name ‘Arthur’.

Films and Reality TV Stars are the biggest baby-name influencers

Our research shows that films such as Star Wars, and reality stars such as the Kardashians had the most influence on baby names:

This is because uncommon names can rise exponentially in popularity, and films have the power to create new characters with names that have never been used before.

If you’re expecting and are struggling to think of a new, exciting name for your baby, why not take influence from your favourite singer, TV program or film character?

Taking inspiration for baby names from popular media is definitely on the rise, and gives you something extra to consider when thinking of a name for your little one.