“The greatest pleasure in life is doing what people say you can not do.” 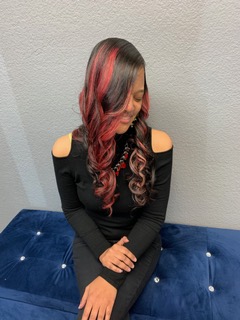 I am no stranger to illness and many brain surgeries.  My life has been filled with struggles, self doubt, maybe some self hatred, and denial of who I wished I could have been.  I wouldn’t wish this on anyone, Hydrocephalus(water on the brain).  comes with seizures, headaches, vomiting, fevers, and chills. When was it going to end?  I wished I could have been someone else growing up. Someone who did not have to deal with the pain and shame of Hydro. The humiliation of being in special education and having enlarged school assignments was overwhelming. My vision was so poor growing up. I wore big trick glasses and many battle scars. I am covered from head to toe.

Students in class would laugh at me. I stayed to myself, very often.  I experienced periods in life, where I felt I was unlucky. Due to being disabled. I felt, I would never find my place.  I wanted  to do something different than my peers, I wanted to be famous. At the time, in middle school I wanted to be a singer. I never shared that with classmates, many of them did not have the same dream. There were a few who wanted to play for the NBA.

Entertainers have to be pretty by the world’s standards.

I never felt pretty growing up,  Hydrocephalus was determined to make me feel ugly. I felt worthless in those days. I wanted friends in my peer group.  I wanted boys to find me pretty and well that wasn’t going to happen.  I was “cool” for a second, when I cut off the remainder of my hair. I styled it like Halle Berry, that awesome short hair cut in the 2000’s. I added the red highlights, to make it look fierce. Beauty for young girls is so important. It’s even more important for medically ill kids. We can’t help it, when we have to lose hair or limbs. We are dealing with the pain, so we can live another day or year.  I didn’t want to be sick, but I had no choice. When I was well again, I could return to school. Socially, I felt like an outcast. As a class, everyone was happy to see me. When the bell would ring, for recess my “Friends” would hangout with me for a few weeks then hang out with other friends. I was rarely invited to join.

When I graduated from High School in 2008, I was still unsure of my plan in life. I did not want to wash dishes or perform housekeeping duties. I went on the journey of self discovery.  I was on this journey for about 8 years! That’s right, it took me that long, to find myself. I took some classes at the junior college and engaged in volunteer work. In 2009, I began writing letters to my aunt who lived in New Jersey, After I racked up a $500 phone bill. Letter writing was  the key to unlocking my gift.

I did not know what God’s plan was for me, I knew he had something wonderful. His plan took shape in 2016, After I was given a diagnosis of Autism.  The first few months, I cried. I had always been considered well spoken, how was it possible to have a low IQ? It didn’t make much sense to me. I was working a gross job that I despised.  I neglected to see the beauty in Autism at first, I was back to hating myself again, like in childhood.  I found God’s calling for my life, one day, as summer was approaching fast.  I cried soaking wet in a bath towel. I wrote my first poem. No experience, no skills, no escape.

I was finally free, I wrote for hours, thoughts of becoming a famous poet entered my mind.  I was not going to give up this time. God gave me a talent for a reason, so I was going to use it.

In fall of 2018, I joined the Special Olympics. I was recovering from eye surgery. I suffered from a detached retina, and yes, I did lose some vision in my right eye.  Bocce Ball and Bowling were my sports. I didn’t have much of a choice due to medical issues.  Well, I am not really a “skilled” Athlete, so I experienced joy in a different way. The medals I received were earned for doing the hard work. However, I was destined for something else. The best has yet to come for me. Summer 2019, I experienced Athlete Leadership. In those days, the training was held in person.   I was so nervous. “Was I also going to fail at this?” I thought to myself.  (No one actually fails, in the Special Olympics).  I was new,  having only been involved in this incredible organization, for under a year. Somehow, medals were just a stepping stone.

My calling was finally revealed, I was a strong poet and public speaker.  Since completing my training, I have lobbied Congress twice, and been featured on PBS. Many of my other publications, podcasts, and radio appearances  have been of my own doing. The Special Olympics staff, coaches, board members and fellow athletes, still support me. In 2022, I chose to no longer remain active in sports. Instead, I was called to full time leadership. I am doing what I love, encouraging my fellow Athletes to be their best, on and off the field.  I can finally say, without shame, that I took my place in the Special Olympics.  It was a difficult decision to make, leaving sports behind. However, it was necessary for my growth and development.  I enjoy my involvement in the leadership program. I have had the opportunity to host my own  virtual poetry night, advance my skill set by learning additional leadership skills,  and become a trained health messenger, among other opportunities for enrichment.  I work closely with our Sr. PR and Communications Manager. I love every moment in which, I have to experience God’s glory in my life.

It is not the medals or even the many surgeries that make me a champion.  It is my God-given gift, to write and speak the words, that will change the world’s perception of those, like me. And now, I just have to let my long hair down, and enjoy where this journey takes me.

“Autism makes me who I  am”

One day, I unwrapped  a box, to discover there was nothing there. It always played hide and seek with me, making me the loser growing up. It was the only one that would talk to me, in middle school. It robbed me of my peers in highschool, no social life.

It made me feel odd at times, like I didn’t belong. In college, It made me finally face it. I had a meltdown, that I hid. I only told one.

My friend showed up in April of 2016. She introduced herself “Hello, my name is Autism, ASD for short.” After we met, something changed in me. She showed me a whole new world of advocacy and helped me to find me love, named poetry.

She called me home to myself  and reminded me “Autism is what makes me, me.