If you have never heard of the names Pearl Couscous, Ptitim, Israeli Couscous, or Ben-Gurion rice, this is the right moment for you to learn about this fantastic food.

Pearl Couscous is a wheat pasta that uses durum wheat for its preparation. It’s something in the middle between small pasta and bulgur. Its appearance is similar to that of large rice grains, but it differs from ordinary pasta in processing technology, as well as in its unusual shape. 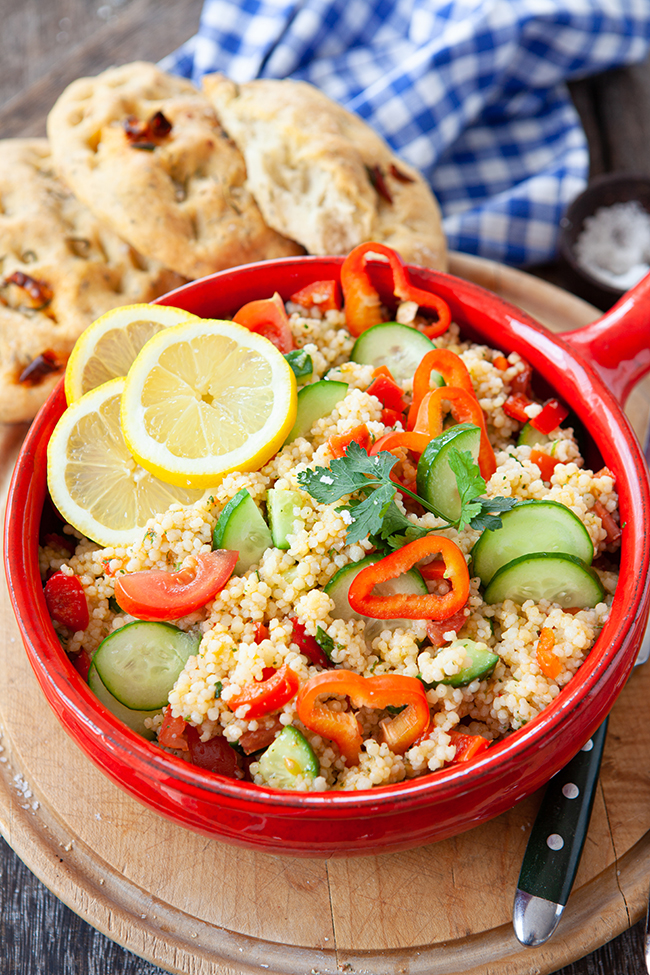 Are Ptitim and Traditional Couscous the same?

Many people think that Pearl Couscous is a variant of couscous. In fact, they are two completely different products.

Pearl couscous is new but is not yet used by most people. However, it appeared in Israel in the middle of the last century when the country was facing a shortage of food products. In those years, many people from nearby countries immigrated to Israel, and the shortage was more notorious.

Rice was not growing in Israel, and it was a staple in their daily diet. That’s why The Prime Minister ordered the development of a pasta-based food that would resemble rice in appearance and taste.

At first, pearl couscous grains were oblong and had a rough, hard taste. Later, the shape was changed, so that the taste was considerably milder. Today the new product is served as a garnish in cafés in many countries around the world. It is also used as a base for a wide variety of dishes.

The taste of the product is similar to the taste of classic pasta. However, the unusual nutty notes give it a special uniqueness. The fact is that pearl couscous is roasted in special ovens, which gives it a special taste, texture, and shade.

When you eat it, you notice the starch and a little sweetness. Some people can taste the flavor of the bread.

How to serve Israeli couscous?

This rice-shaped pasta can be cooked and eaten with all kinds of ingredients. It goes very well with mushrooms, chicken, cheese, and vegetables.

For more ways to eat pearl couscous, go to riceselect.com/product/riceselect-pearl-couscous 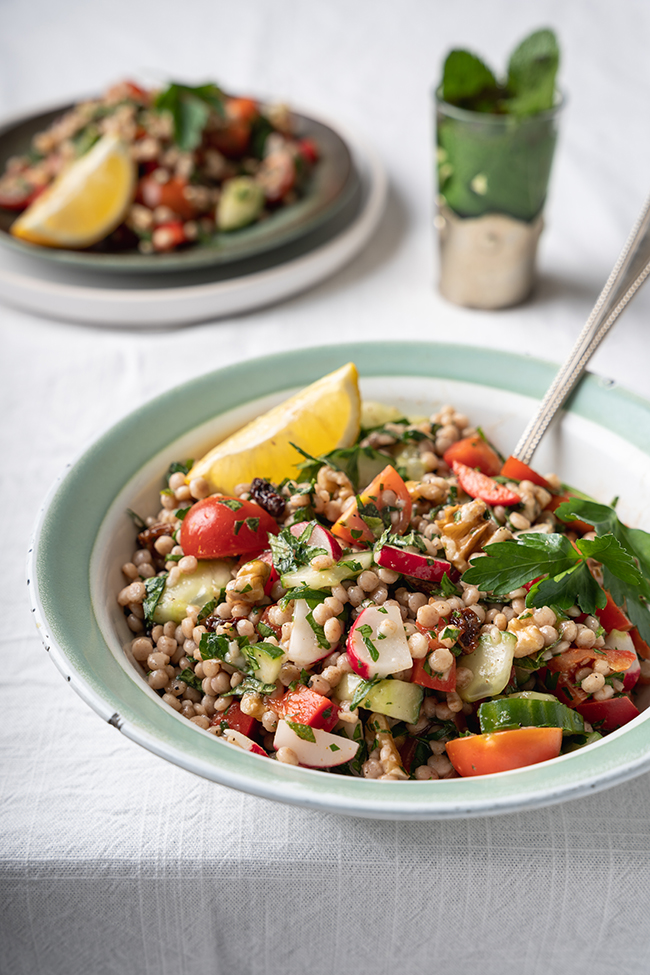 The easiest and quickest way to enjoy this pasta is in a salad.