Dogs are the most loving creatures on Earth! They’re caring, compassionate and capable of great love. Even dogs that weren’t treated well by life are capable of all this, and more. These adorable two stray dogs were seen comforting a poor, elderly woman who had fallen into the mud. 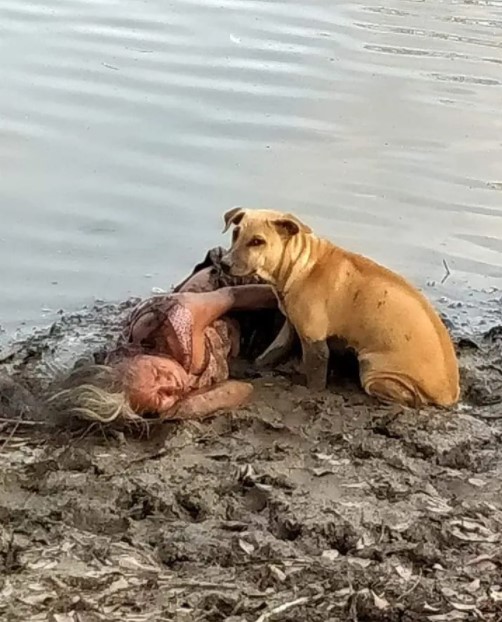 The man who captured the photo, was walking along the river bank in Thailand when he saw 2 dogs lying next to a woman’s body. The man wasn’t sure whether the woman was alive or dead, but she was laying in the mud surrounded by the canines. He got closer to see what was going on. He discovered that the woman lying in the mud was a blind, homeless woman who frequently roamed the area. 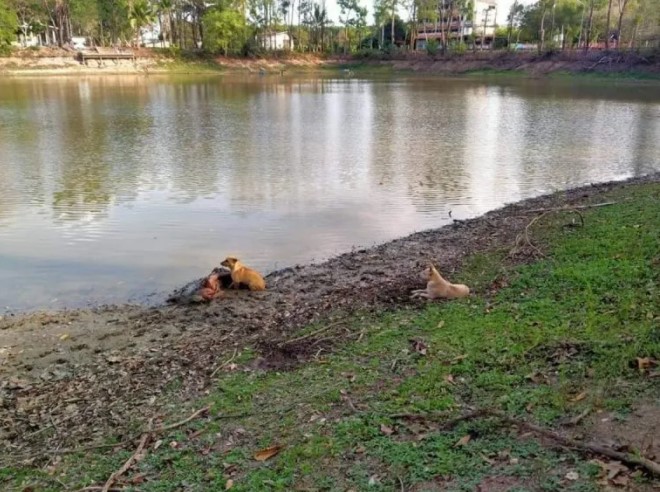 No one knows how she ended up stuck in the mud, but it seemed that she fell asleep with the 2 dogs watching over her. The poor dogs didn’t want to leave the poor woman alone, so they lay next to her for quite a while. The area was not safe so the man took the woman and the dogs to the hospital to get help. He posted the photo and shared the story on Facebook and the story reached the ears of local citizens, who started looking for ways to help the poor woman and the dogs to find shelter. 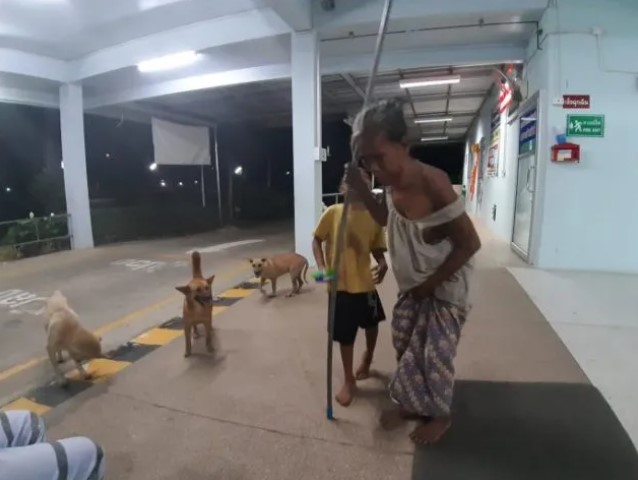 We hope and pray that this poor woman will get the help she needs and that the lovely dogs that kept her safe, will find a forever home!