Bob Hoelter always uses his car when going to the local store. One winter night, he decided to get some exercise and walk to the store and it was probably some divine intervention that made him do it.

Bob was crossing the bridge when he heard a noise. He stopped and he heard it again. It was the saddest whimper Bob’s ever heard in his life. 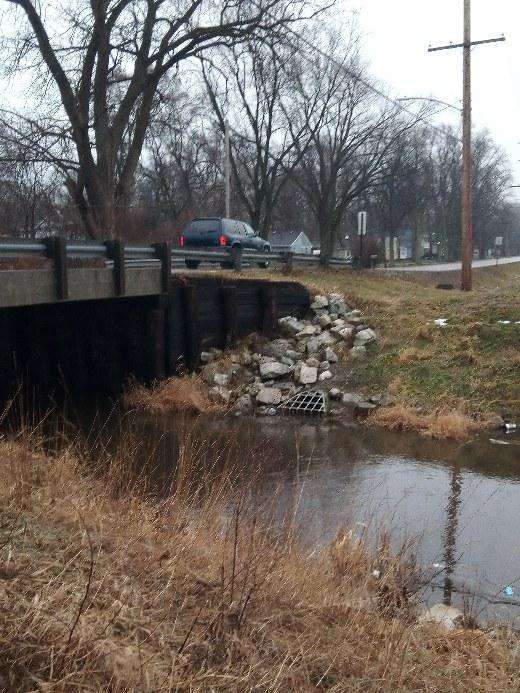 The crying continued and Bob decided to crawl on his hands and knees down the bridge to see what was going on. He didn’t know what he’ll find, but he was certain that someone needs his help.

“I was looking at the water and the land, but I don’t see anything, but I hear it. I walked back to land and I walked around and looked around,” explained Bob. 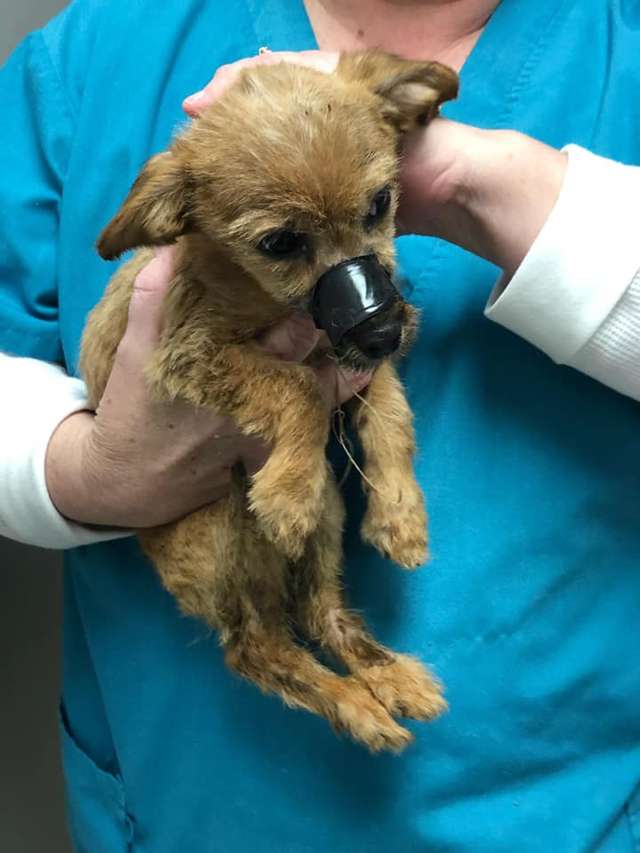 There it was, looking at Bob, a tiny, shivering puppy with his muzzle taped shut with electrical tape. Bob picked up the puppy and rushed him to the animal hospital. Bob burst through the hospital’s door, holding the poor puppy and that’s the image the hospital manager, Lori Kovacich, will never forget. 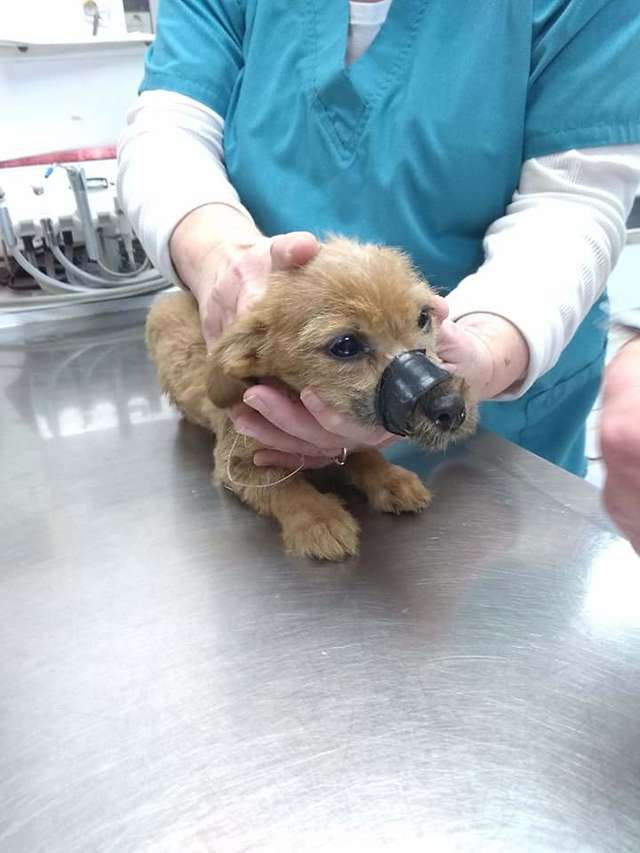 Lori took the puppy and rushed him to the staff. She was moving so quickly she even forgot to ask Bob’s name and phone number. The vets took care of the puppy immediately. They took off the tape and saw that the puppy’s skin was severely damaged. They think the tape has probably been there for days. The puppy got antibiotic injections and ointment. The vets even made a bed for the puppy with lots of blankets and stuffed toys. The vets later discovered that the puppy also had a broken leg and that he would need a surgery. The vets think that someone threw him off the bridge, but missed the water so that the puppy landed on the ground and broke his leg. 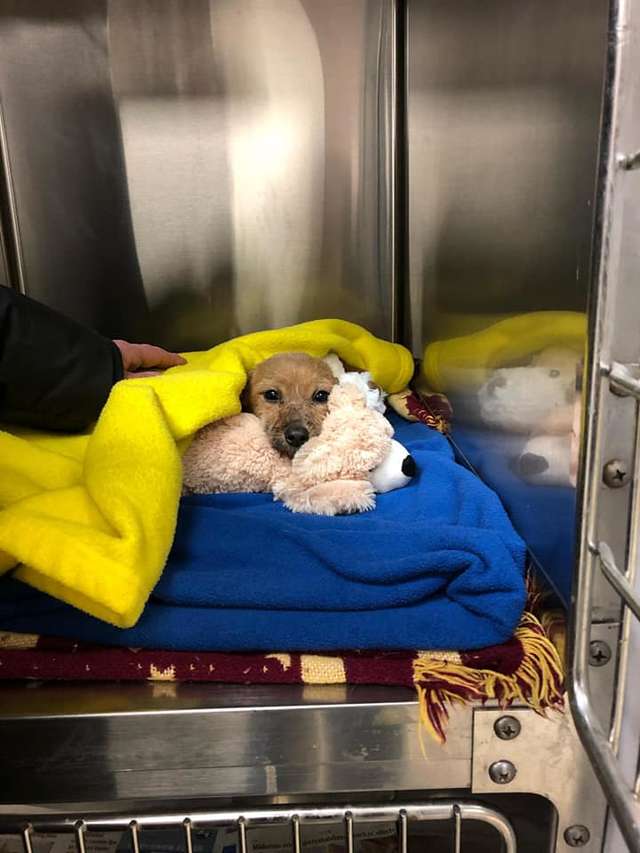 Kovacich was really upset about the puppy’s condition and she explains that this is the first time she’d seen such a monstrous thing. She posted the puppy’s story on the hospital’s Facebook page and the story reached to many people. Some of those people was Mary Witting. Mary and her husband Doug had recently lost their beloved dog and they were not planning to adopt another dog anytime soon. Once Mary saw the puppy, she knew she wanted him. 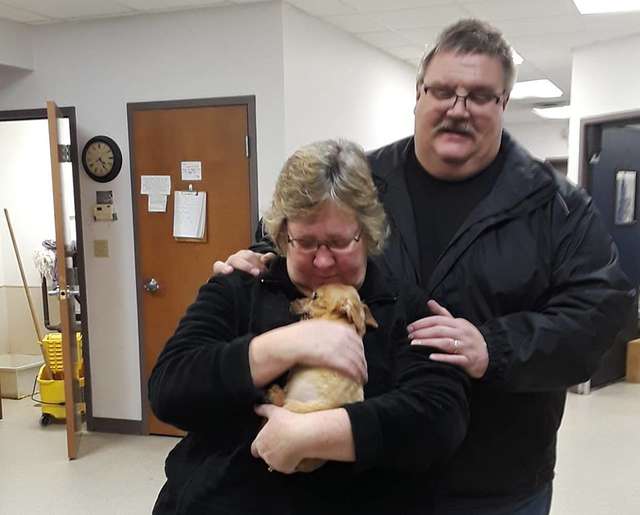 The lovely pair went to meet the puppy and they instantly fell in love. They named him Louie. 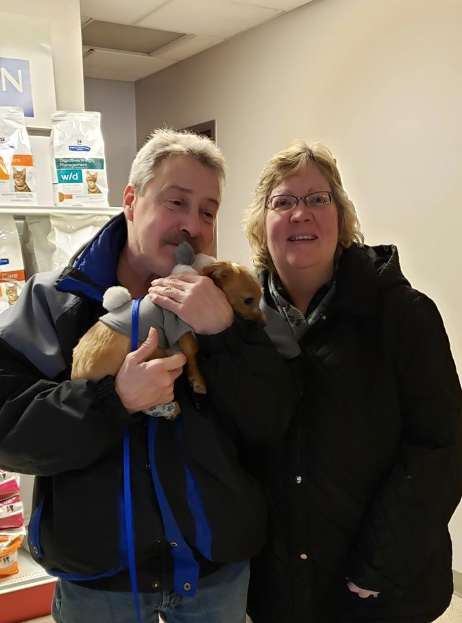 While Kovacich was thrilled about the puppy’s new family, she was upset that she didn’t get the rescuers’ number. But there is a twist to the story… Bob’s niece saw the story about Louie and helped the reunion. On the day of the reunion, everyone was shocked when they saw that Louie recognized the man that saved his life.

“I was awestruck because I didn’t think he remembered me,” Hoelter said. “They sat him down and he ran right to me.”