People of Toronto were united by healing and mourning. They gathered around the dead raccoon that lay on the sidewalk more than 12 hours. The raccoon was found dead early morning on July, 9th and the person who found it called the city’s animal service to come and pick him up. 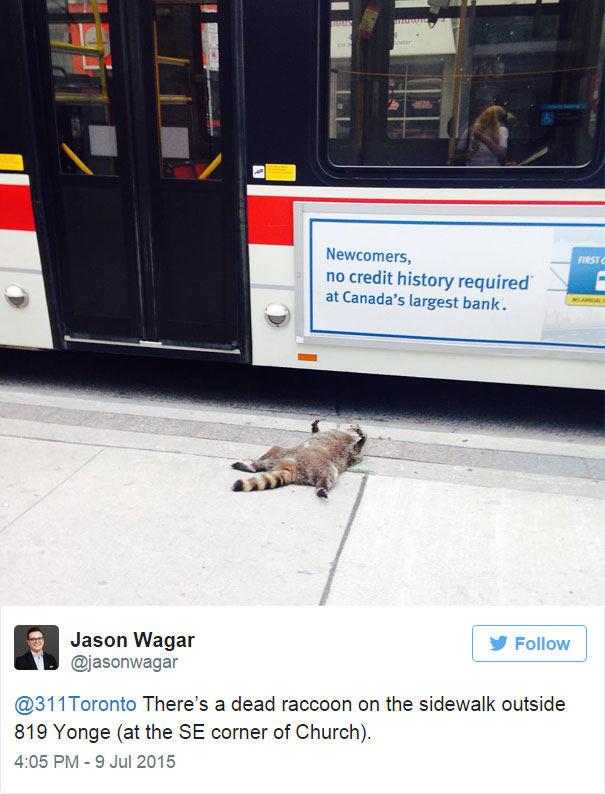 The day went on as people started building the memorial shrine around the dead raccoon. 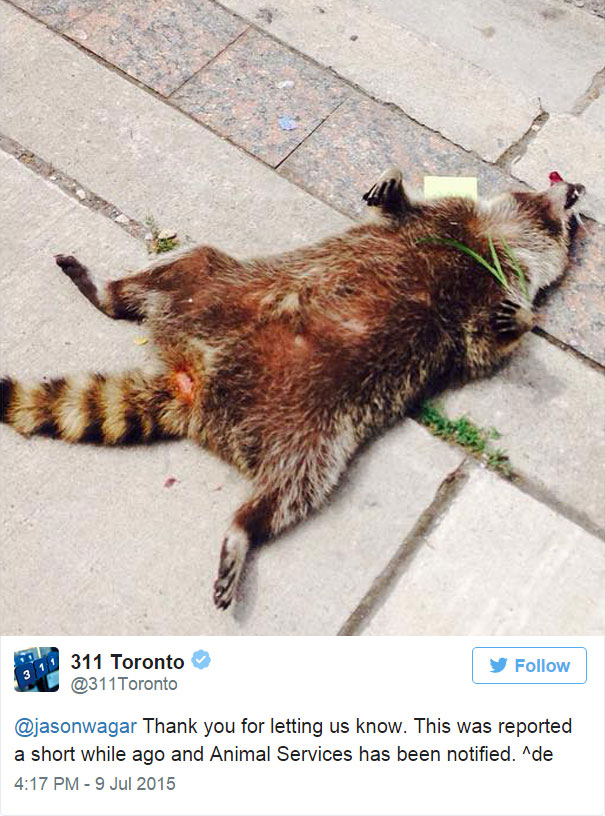 People left photos, notes, flowers, candles and they even created a trending hashtag in memory of the dead raccoon. 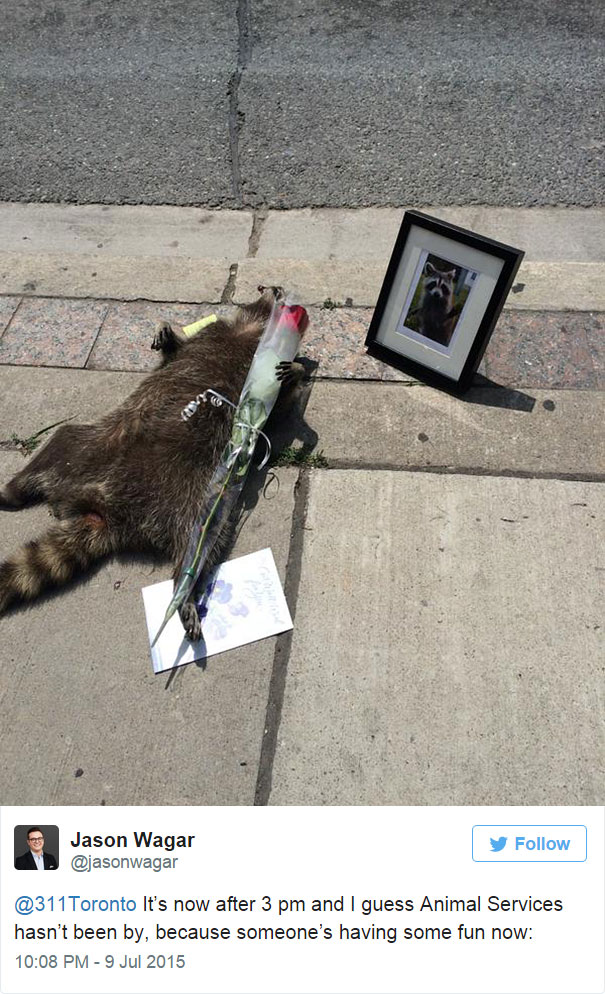 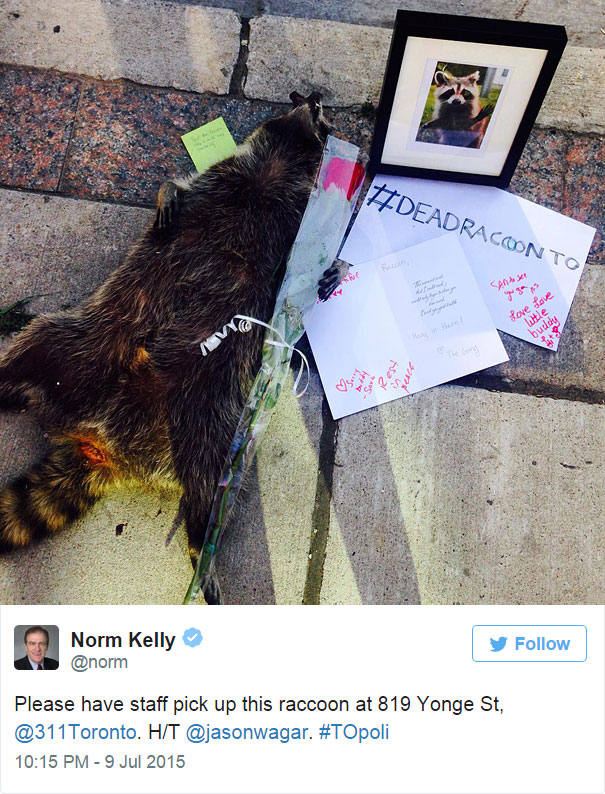 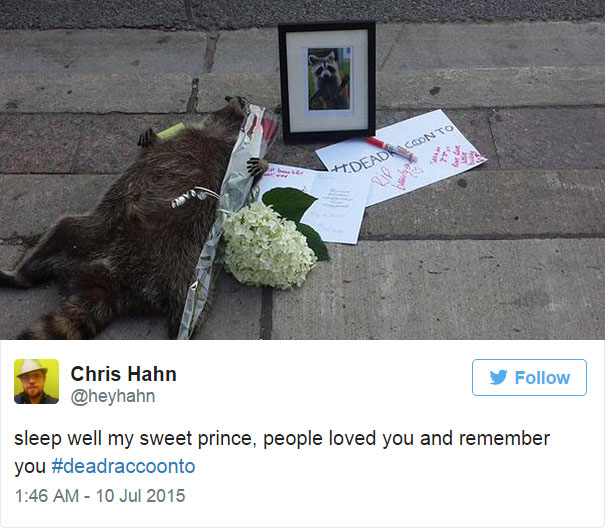 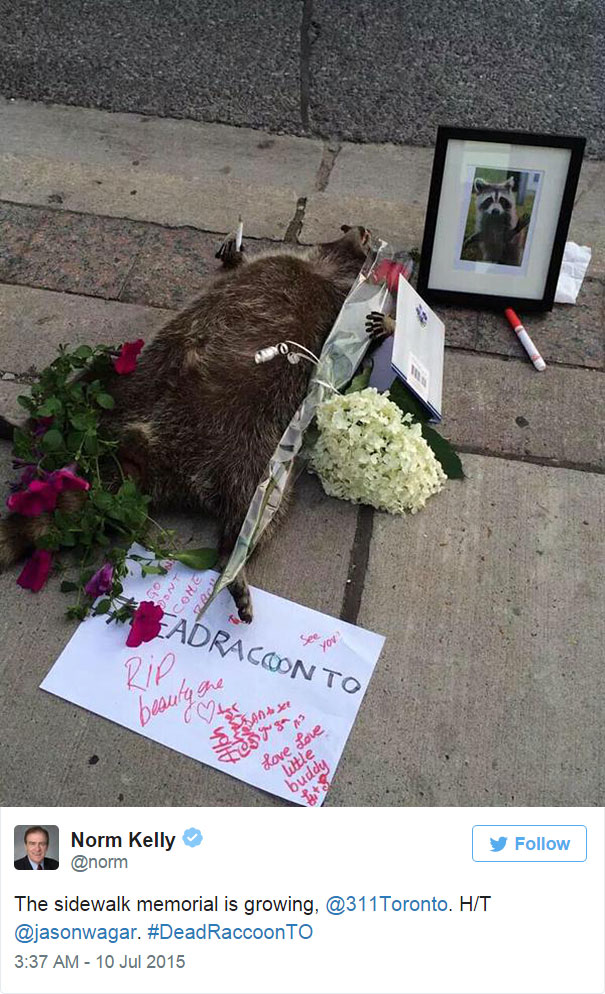 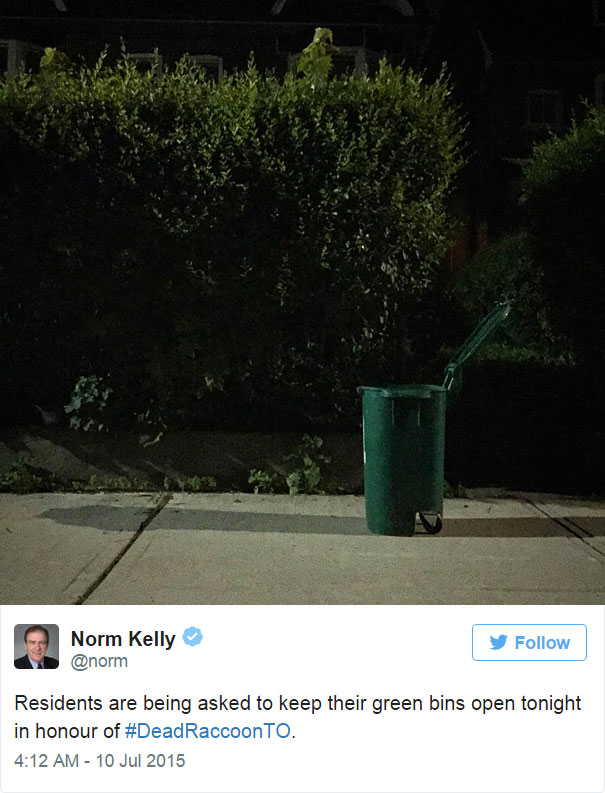 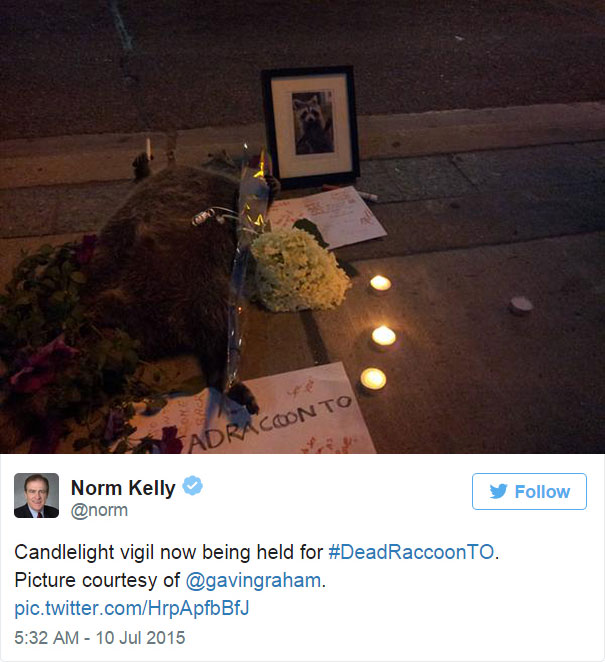 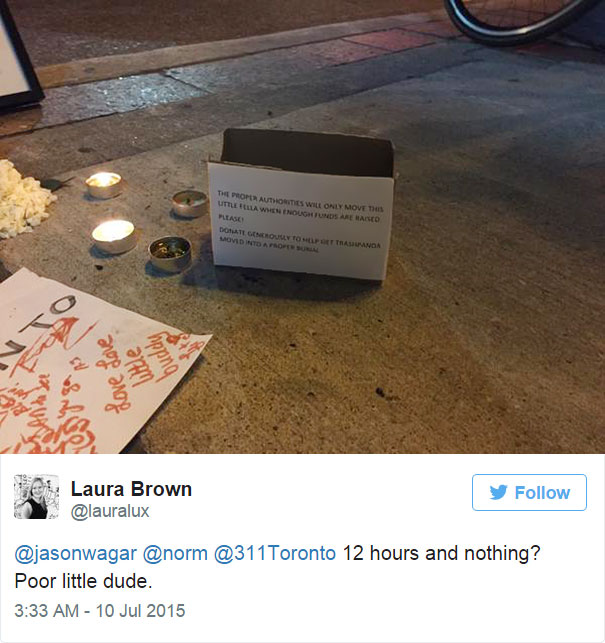 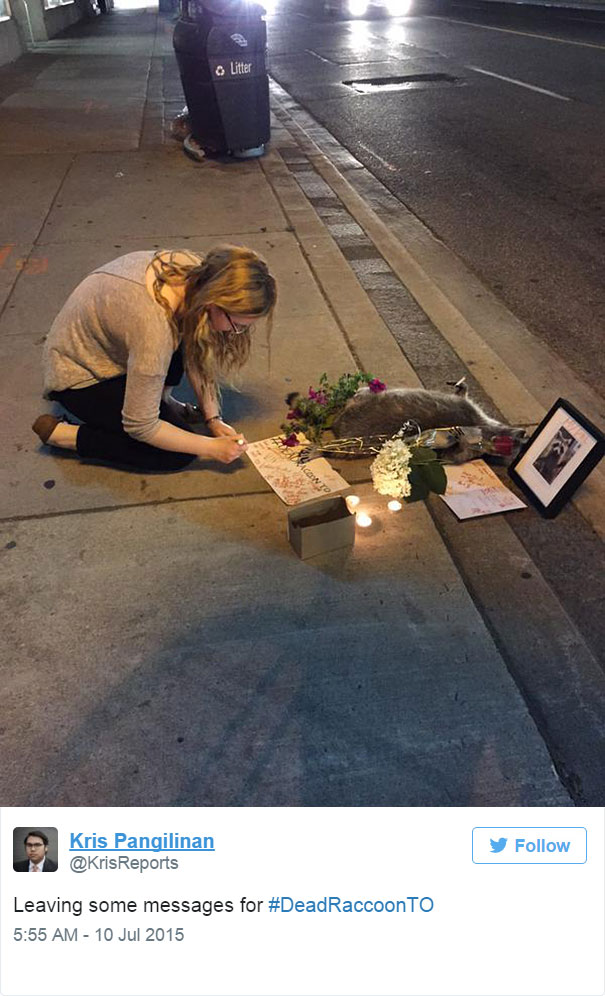 People mourned the raccoon for more than 12 hours, until finally animal control appeared and took the raccoon to a better place. 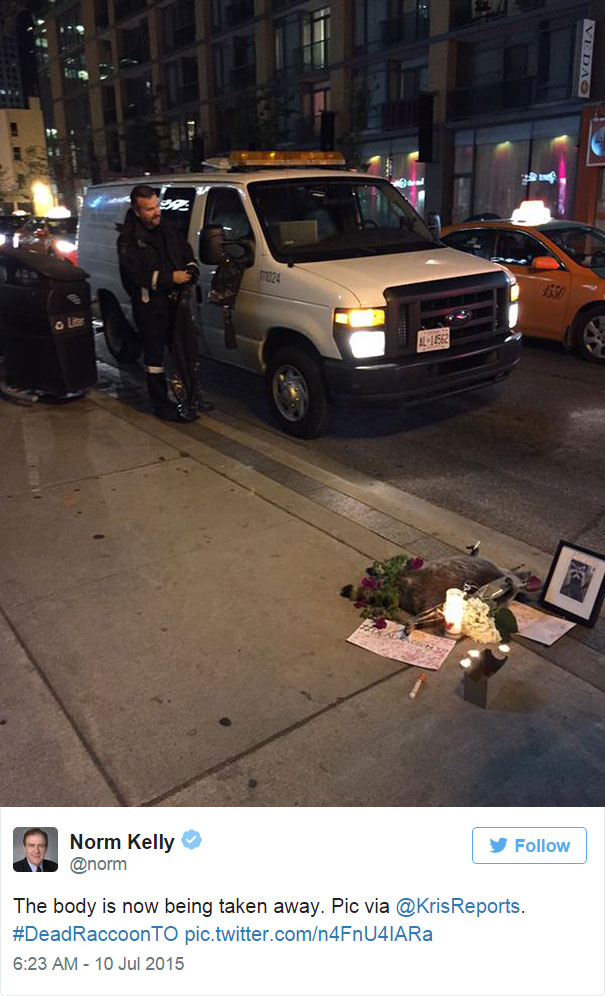 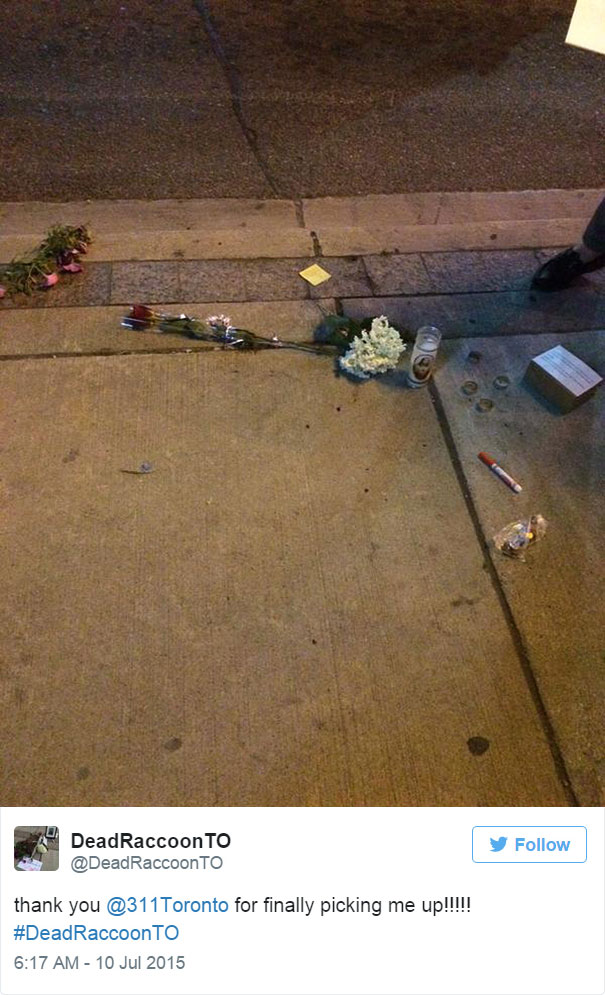 Farewell raccoon! You shall be missed! 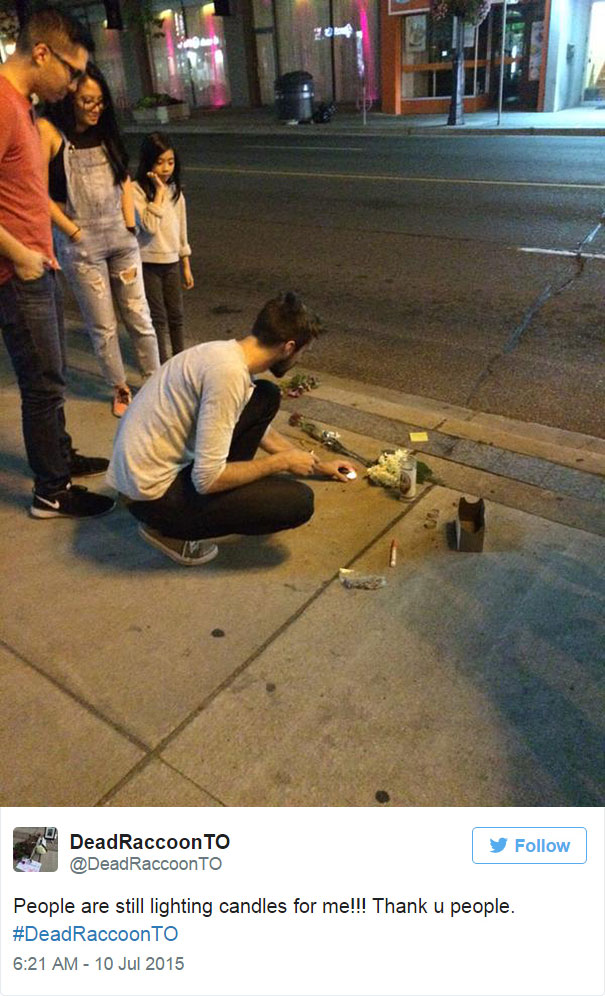