Meet Roxy, Edith, Mia, Rose, Jake, Gertrude and Donald – the most adorable family that you’ll ever see. Kasey Boggs and her husband have been rescuing animals for many years. Recently they have adopted 7 animals, of which 4 dogs, a cat, and two ducklings. They are best friends and they’re all inseparable. 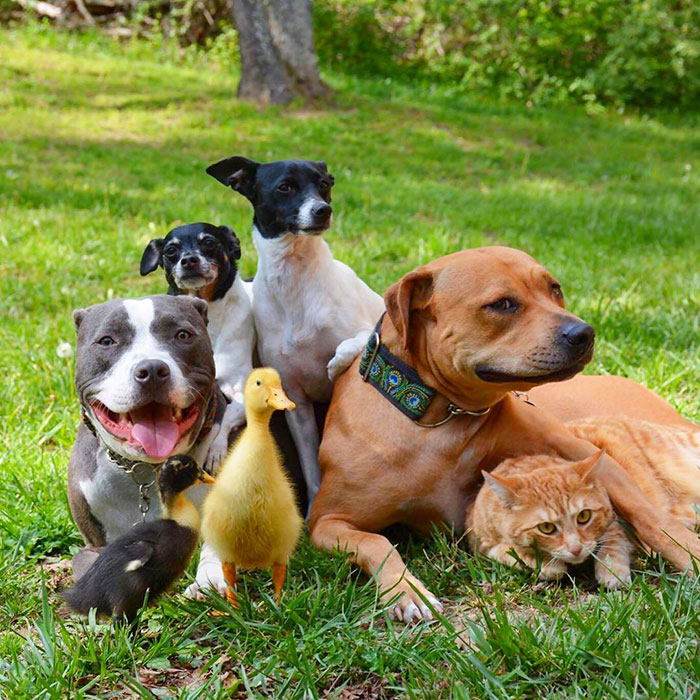 This adorable family loves posing and have the cutest photos ever. The animals love each other so much, they won’t even take pictures separately.

“Whenever I have to take a pic of two or three of them, I put the others in a different room. If I try to do it in front of them, they will come together, because they are so used to being together”, says Kasey.

Take a look at the cutest family ever! 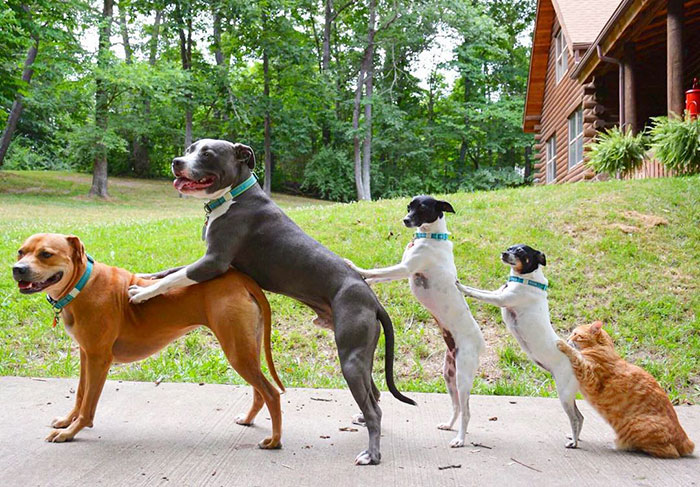 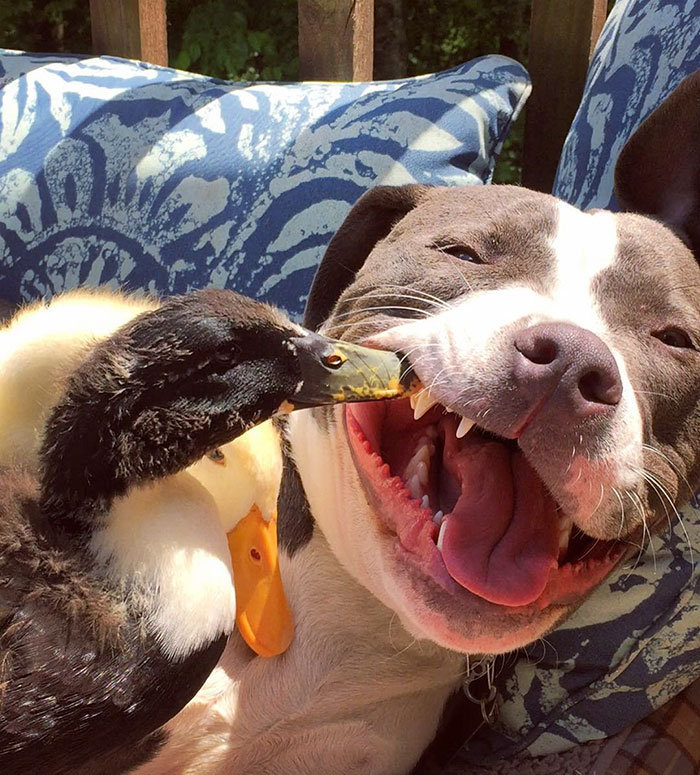 The ducklings were adopted last. The other family members just adore them. 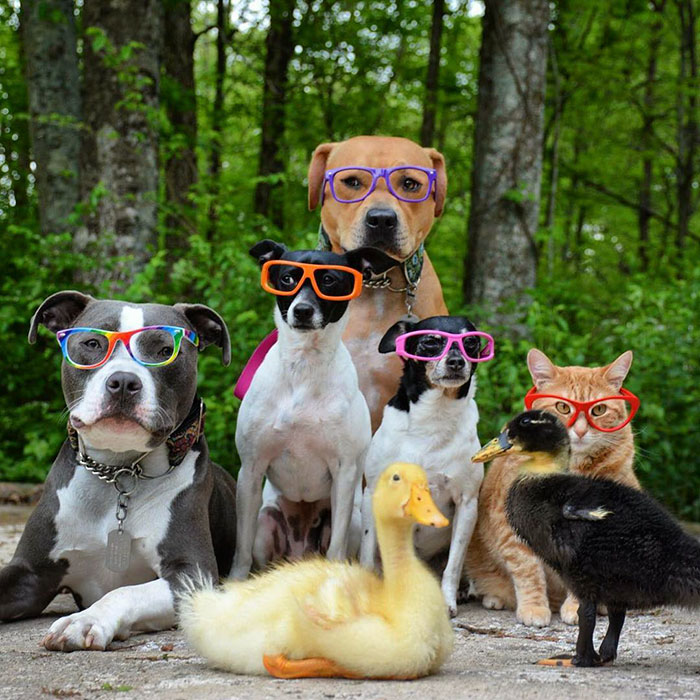 Every weekend, the whole family goes on fun adventures. 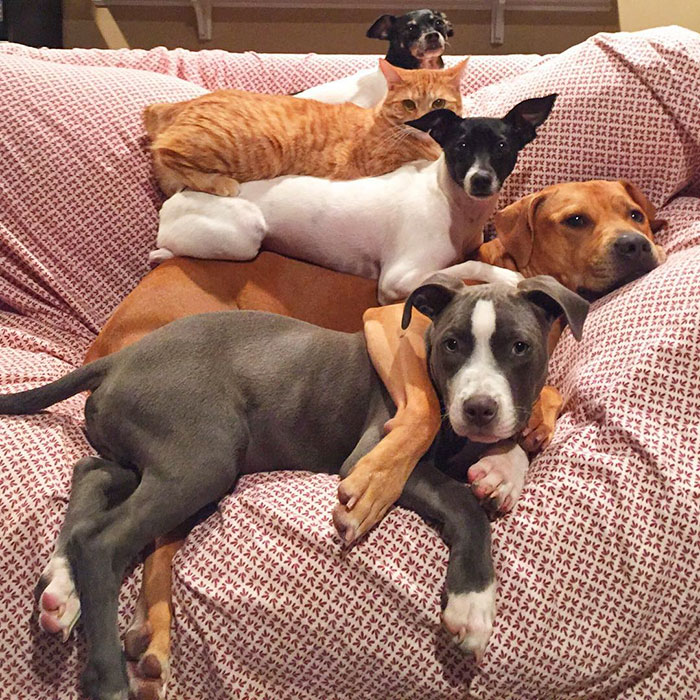 First, they rescued and adopted the Toy Fox Terrier, Roxy, who didn’t have a hip joint. A week later, they adopted a Pit Bull named Nala, which, sadly, had a heart problem and died. That’s where the Boggs’ love for Pit Bulls came from, so they then rescued two more Pit Bulls, Jake and Rosie. There’s also Edith, a Rat Terrier Italian Greyhound mix. She was found by the Humane Society in a cold, dark alley lying on her dead mother to keep warm. Next, is Mia, the adventurous cat from Stray Haven Cat Rescue. 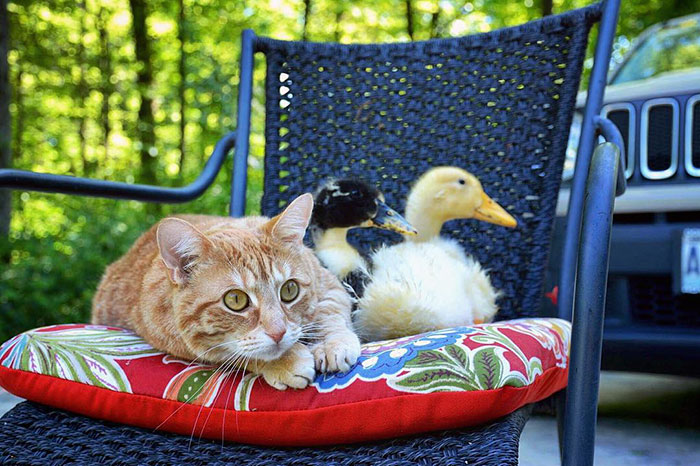 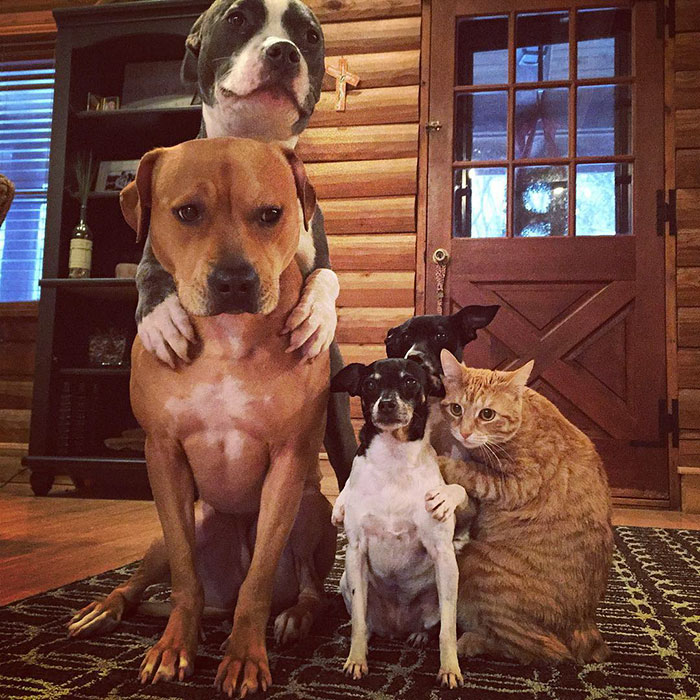 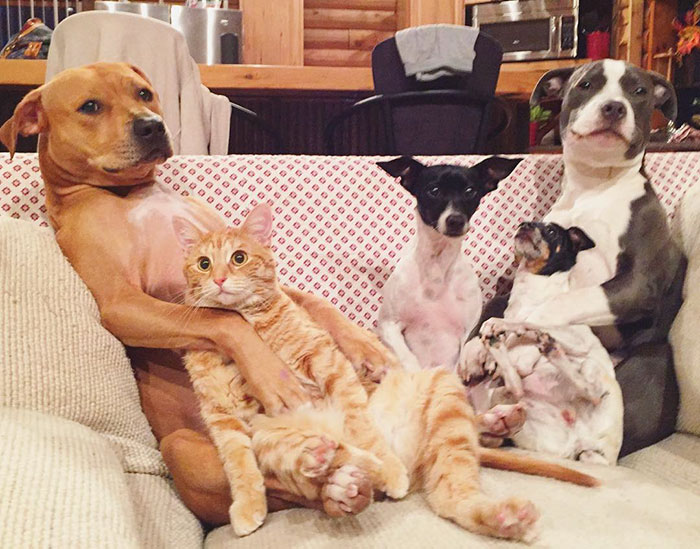 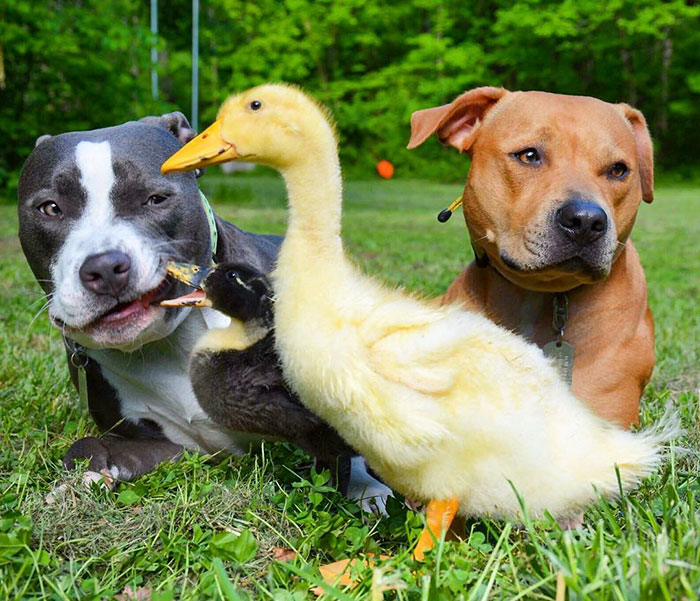 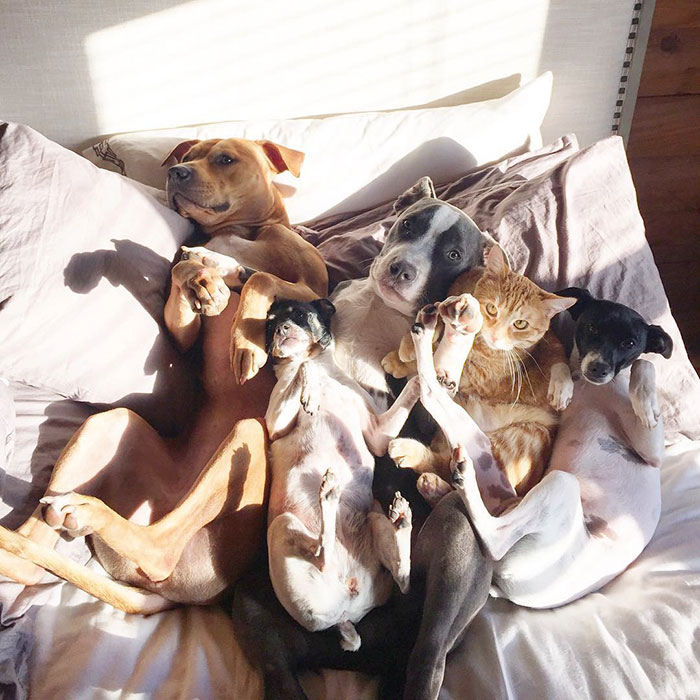 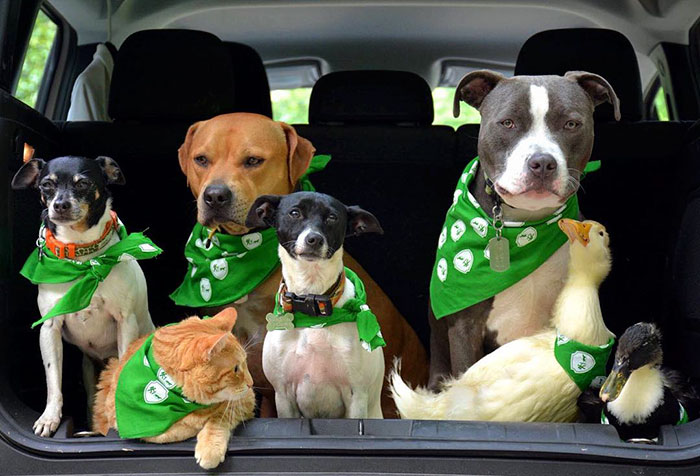 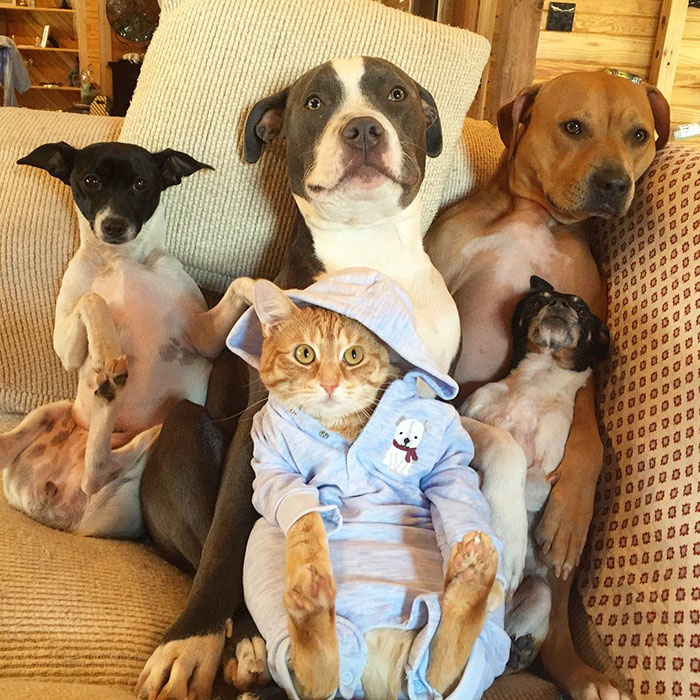 The couple is also expecting a baby now! 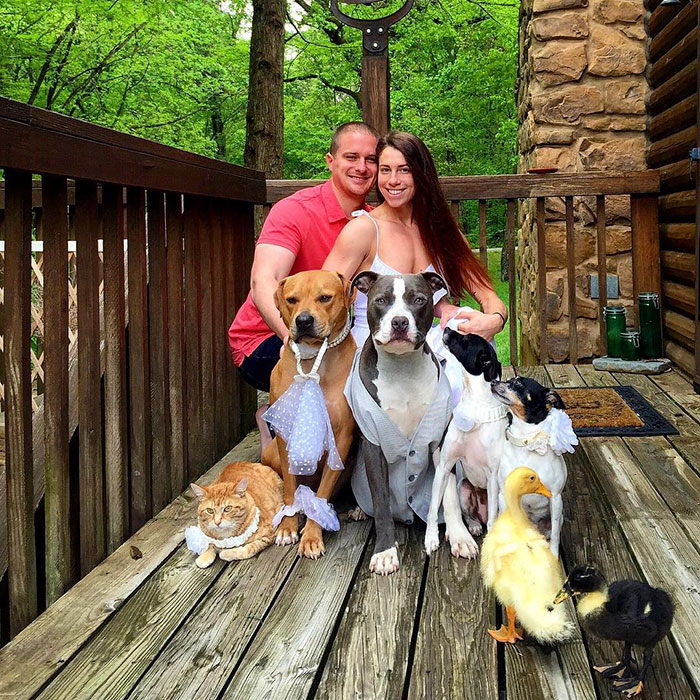