Tomatoes have been referred to as a “functional food“ with surprisingly many nutrition facts and health benefits. There are many reasons that make the tomatoes an excellent healthy choice.

Tomatoes make people healthier and decrease the risk of cancer and cardiovascular disease. People who ate tomatoes often have a decreased risk of many types of cancer, such as breast, lung, prostate, stomach, cervical, colorectal, oral, esophageal, pancreatic… Some recent researches and studies showed that tomatoes in combination with garlic, consuming at the same time have best cancer preventive effects. The lycopene, found in tomatoes is known to be responsible as cancer fighting agents. 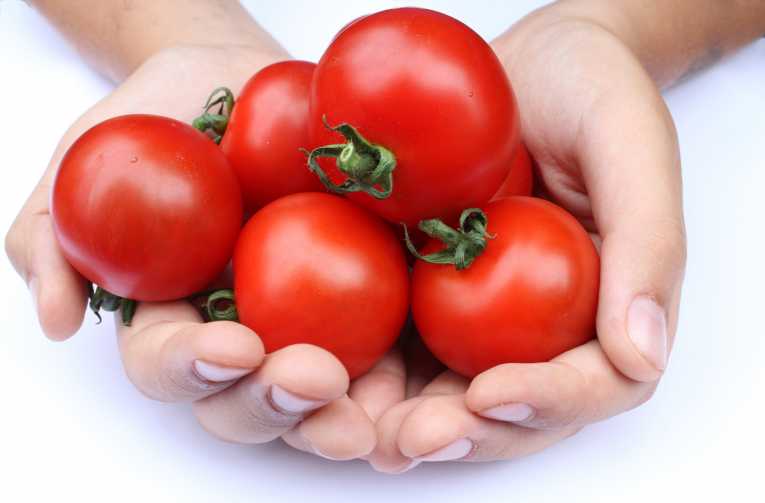 Tomatoes are an excellent source of Vitamin A and Vitamin C, folic acid and contain a wide range of beneficial nutrients and powerful antioxidant such as alpha-lipoic acid, lycopene, lutein, choline, folic acid, and beta-carotene. Tomatoes are low in calories and they are fat-free.

As an excellent source of vitamin C and other strong antioxidants, tomatoes can help combat the free radicals known to cause cancer. Not only raw tomatoes, but also home cooked products such as ketchup and sauce are good sources for cancer prevention.

Tomatoes are very good for liver health. The tomato has detoxification effect in the body, because of the presence of chlorine and sulfur. According to some recent researches, 51 mg of chlorine and 11 mg of sulfur in 100grams sized tomato has a very important role in the detoxification process of the body. It is known that natural chlorine works by stimulating the liver function for filtering and detoxifying body wastes and the content of sulfur protects the liver from cirrhosis. Tomato juice is also known as good energy drink and good for revitalizing the health of patients on dialysis.

Recent researches have also shown that the lycopene found in tomatoes can help older people to stay active longer.

The Vitamin C, choline, fiber, and potassium content in tomatoes are crucial for supporting heart health. The folic acid content may also help with fighting depression. Actually the folic acid prevents forming an excess of homocysteine, and help with the production of the feel-good hormones such as serotonin, dopamine, and norepinephrine, which can regulate the mood, but also sleep and appetite.

When choosing tomatoes, always pick carefully those with the brightest shades of red. This indicates the highest amounts of beta carotene and lycopene. 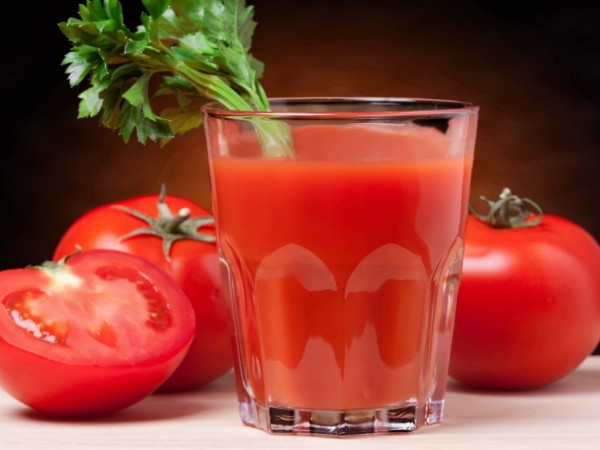 – Tomatoes were not even known in the US until the 1800s, when one strange New Jersey gentleman Colonel Robert Gibbon Johnson brought them back from a trip overseas. He surprised his hometown of Salem by eating an entire basket of tomatoes in front of a crowd one day in September, 1820.

– Men who consumed 10 servings of tomatoes  a week, has a lower risk of developing prostate cancer by 45%.

– 7 servings of raw tomatoes a week can lower the risk of developing rectal colon or stomach cancers by 60 %.

– The tomato is not a vegetable. Actually is classified as a fruit.

– Cooked tomatoes in olive oil allow the body better absorption of the lycopene.