Nicki Minaj managed to jump start her Social 50 position to the 7th spot thanks to a new video she has released. Besides this, she has also released a teaser for a new song that might have also contributed to her recent increase in popularity. 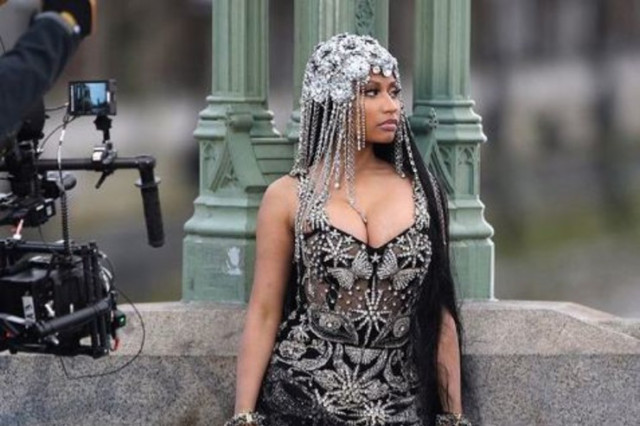 Social 50 is a website that shows the latest increase popularity rating of musical artists based on data compiled and analyzed by the Next Big Sound company. They assess how popular these artists are on social media websites. It is quite a dynamic methodology that they apply in their rankings, and as such, you can see changes on the website done on a weekly basis, based on what the artists do to increase their fan base. The latest update from the website has been in the 20th of April. For example, Nicki Minaj manage to increase her ratings by 157% on all of the metrics used by the website to calculate the popularity of the artist. To get more insights into Beyoncé’s phone ringtones take a look here.

If you feel quite boring to have the same old Android ringtones you can download free ringtones for Android, with no extra charges.

Made in collaboration with Lil Wayne and Drake, Nicki Minaj released her new called ‘’No Frauds’’ on the 19th of April. Originally, she first performed her song on the 16th of March.

As far as promotion is concerned, she asked the support of her fans on Twitter to vote their favorite scene, afterwards, she held a Q&A session the very day her video has debuted.  To put the icing on the cake, she also revealed a follow-up album to her 2014 ‘’The Pinkprint’’ album, but we have not yet received a name for it nor do we know when it will be released.

Nicki Minaj has also seen fit to tease us with a new, short, 15 seconds clip of ‘’Regret in Your Tears’’, which appears to be a song that was released together with ‘’Frauds’’. Apparently, the song was recorded by a team of fashion photographers comprised of Marcus Piggot and Mert Alas.

As is the case with most rating websites, competition for the highest position is fierce. For example, below Nicki Minaj we can see that Snoop Dogg has jumped from the 22nd position to the 14th one. His current success is thanks to his celebration of the international cannabis culture. Snoop Dogg is known quite well for his support of legalization drug consumption, and we can often see his social media filled with memes, tweets, memes and photos that advocate their legalization. He gave a big shout-out to Damian Marley who recently purchased an unused prison building and converting it into a farm for growing marijuana.