Can you really trust dating apps? If you’ve been burned before, how can you ensure your next dating experience will be with a genuine person who has truthfully presented his or her information? The people at PerCheck think they have solved these and other sticky little problems that come with using other dating apps.

Most people who have tried online dating or dating apps understand that choosing a date from a profile or having one picked for you is only as reliable as the information the service receives. And sadly, too many people have been duped by the dishonesty other dating sites and apps allow.

It’s this same disappointment and frustration that led to the creation of the PerCheck app. More than just a dating app, PerCheck lets people create profiles for job hunting and hiring, as well. What’s so different about PerCheck compared to others? Leo Baranes, the CEO, says they have developed their app around honesty and have created legitimate ways to prevent the mistrust and disappointment other dating apps deliver. 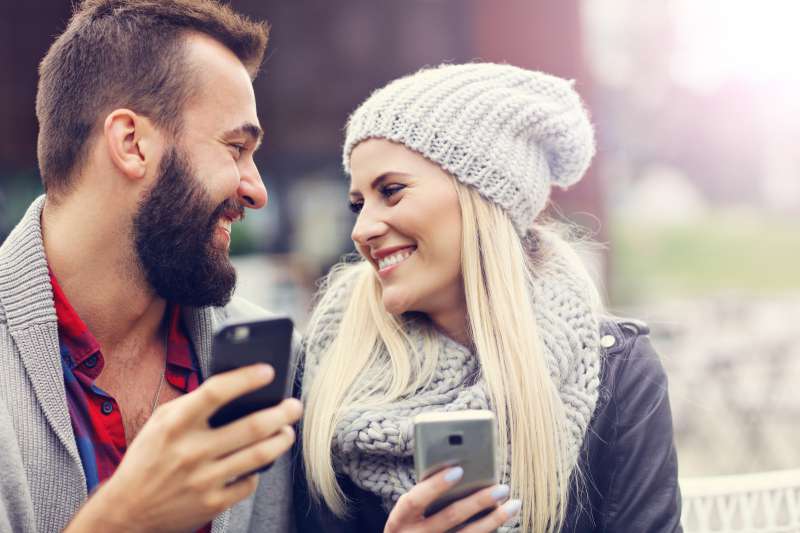 “I don’t think there is a single person on earth that trusted someone in the beginning but wasn’t then disappointed by the misleading first impression of that person. I wanted to create a way to be able to express true and transparent feedback and feelings towards a person without any concerns or future implications and make others aware of any red flags you may have encountered,” says Barnes.

The PerCheck app gives users a way to recognize those red flags before an interaction takes place. For example, all PerCheck users build a personal score as they interact with others on the app. If a PerCheck user has many interactions and a high score, you can be reasonably sure this person is authentic and holds themselves accountable. This personal score is created only from mutually agreed upon interactions and feedback by both sides. Even better, your feedback is completely anonymous so that you can be upfront and honest about your experiences.

As an added measure of security, the PerCheck app has the “Virtual Rings” feature.

This feature shows that the two parties mutually agreed to the “in a relationship” status on PerCheck. Baranes says, “It’s a simple concept to understand. If a person wants to make sure their significant other is truly committed, they should both choose to check the virtual rings option.” No one likes to be cheated on or lied to, nor should we do it to others. The Virtual Rings feature openly presents a person’s relationship status, so there are no surprises.

But you might be thinking, “How can PerCheck really know people are being truthful?”

Baranes explains the anonymous voting system and personal score help in this area. Baranes says, “When using the app, you know you are being held accountable for your actions; otherwise, your profile and score suffer, and red flags are quickly raised.” Baranes also says the PerCheck app has a reputation for attracting people looking for an honest avenue for dating.

The new approach PerCheck is taking could completely change the dating scene for dating app users. Whereas most romantic connections made online end up in disappointment and are over as quickly as they began, PerCheck is looking to fix that frustrating aspect by showing who their users genuinely are as people. The PerCheck experience takes users to a whole new world that reaches beyond a profile picture. And it’s this unique approach that can significantly increase their chances of meeting a compatible dating partner.

Baranes adds that as a company, they hold themselves accountable and follow the same code of ethics they expect from their users. He says no one at PerCheck will be “snooping” on you or commercializing your information. “As the bottom line, I, as the CEO of the company, promise that PerCheck will be what we expect our users to be. Conscious, fair, and respectful.” With this straightforward approach, Baranes and his people at PerCheck are revolutionizing how dating apps work and making honesty a key component in online dating—the way it’s supposed to be.

Baranes adds that they are already working on new and fun ways to enhance their app with dating games and a ‘blind date’ feature.

The best part – this app is free and available to anyone who can abide by the rules of honesty and transparency this dating experience requires.