Although in Peru is not allowed to use wild animals for circus performances, the authorities didn’t know that this mountain lion was smuggled and used in the circus. 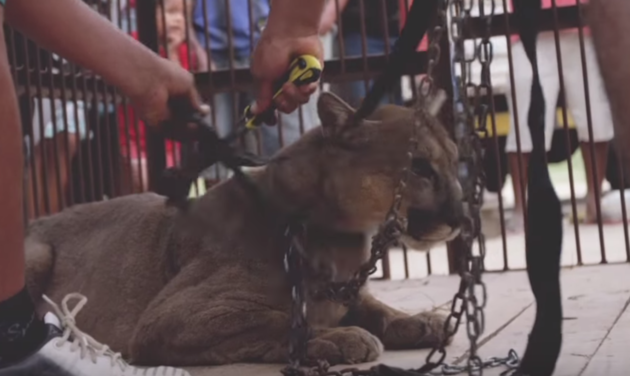 Once everyone found out about Mufasa, people from the Animal Defenders International took matters into their own hands and informed the police, which later arrested the circus owner.

Mufasa was finally free and returned to the forest after spending 20 years in chains.

Jan Creamer, the president of ADI who led the rescue attempt, said it was heartbreaking to see Mufasa in chains, and the moment he was freed was amazing.

“It was magical to see him moving about in and out of the trees in his own piece of protected forest,” she said.