Humans truly are the most brutal creatures. One man grabbed this poor stray cat by the tail and threw her up against a trailer. The cat was considered dead so an animal rescue group collected her one week old kittens. The most incredible thing happened the next day! The mama cat dragged herself using her front paw to the spot where she last left her kitten babies. 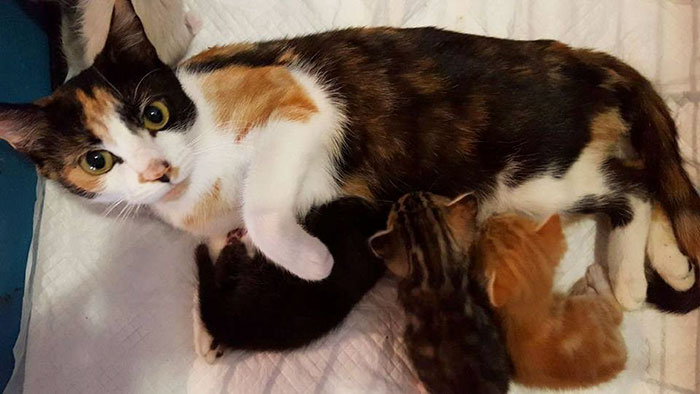 The animal rescue group picked up the mom and did a full check up on her. Unfortunately, the cat is paralyzed for life. 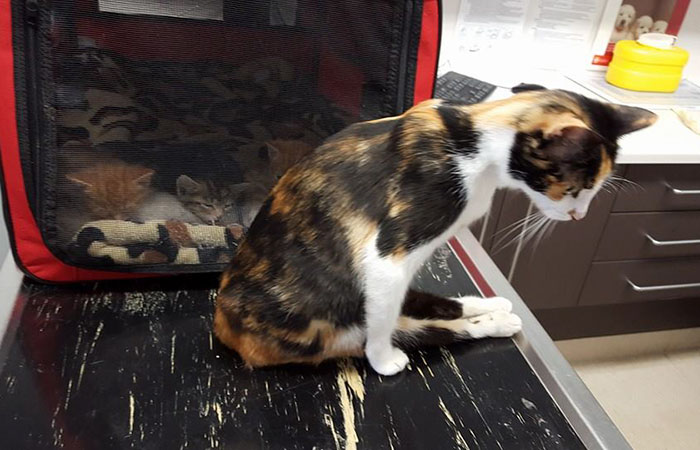 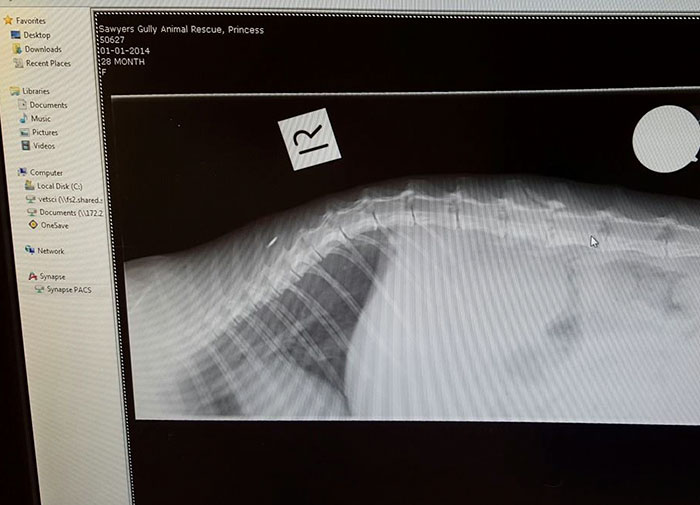 Luckily, the animal rescue owner Dee Walton adopted the cat and named her Princess. She takes extra good care of the mama cat and her kittens. 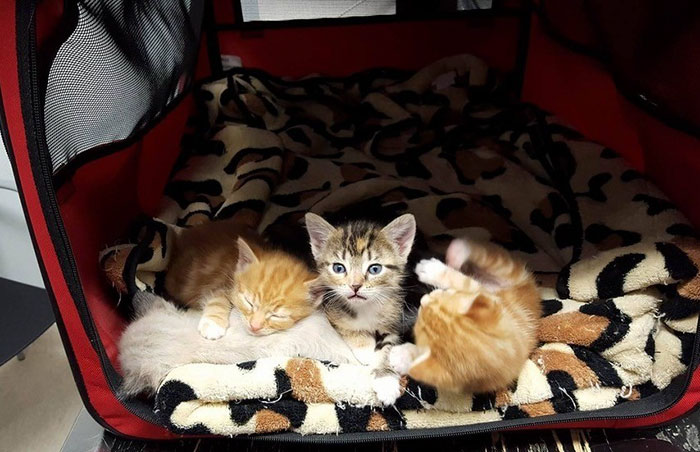 The man who left Princess paralyzed was arrested and Princess is waiting to get her own wheelchair.
Despite the bad situation, Princess is lucky that she’s reunited with her kittens and she enjoys nursing them.

“Princess is a fighter, she teaches me everyday not to give up. I believe those kittens gave her the will to live,” said Walton. 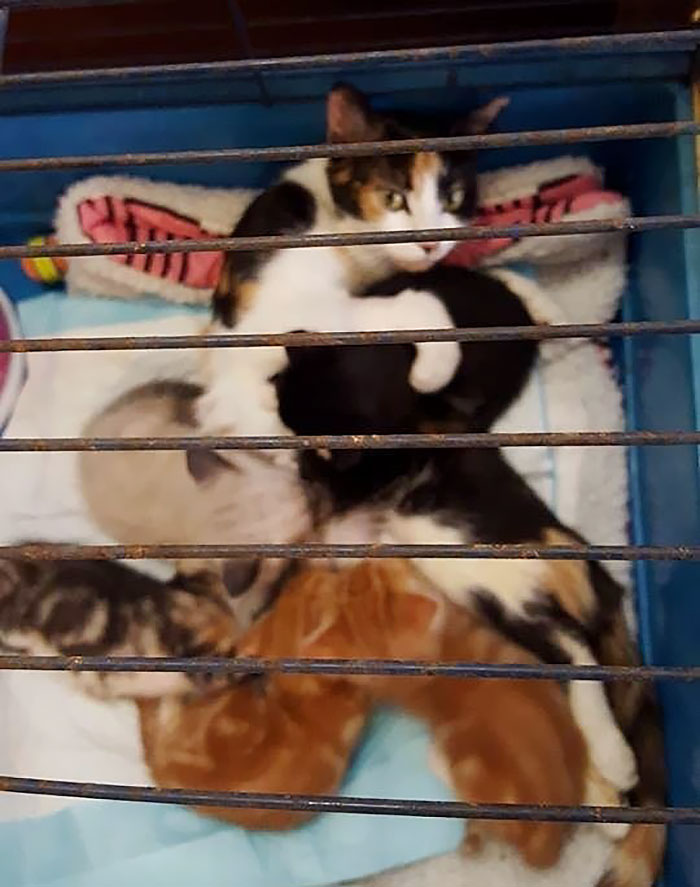