Aristotle Polites is a fashion model from New York who is recently facing some unexpected competition. Can you guess by whom? From his own baby nephew!

The Aristole’s older sister has been started recreating his photos with the help of his 18-month-old toddler.

It all began when Katina Behm couldn’t get her son, Augie, to wear his plaid button-up shirt. “The image of him with the shirt undone and his bare chest exposed made me laugh because he looked like he belonged on the cover of a romance novel,” she said.

Then she realized her brother Aris had a picture just like this on his Instagram page which is full with modeling photos. That’s how she started creating a side-by-side image of Augie and Aristotle.

Check for the toddler’s adorably hilarious pictures and choose your favorite one. 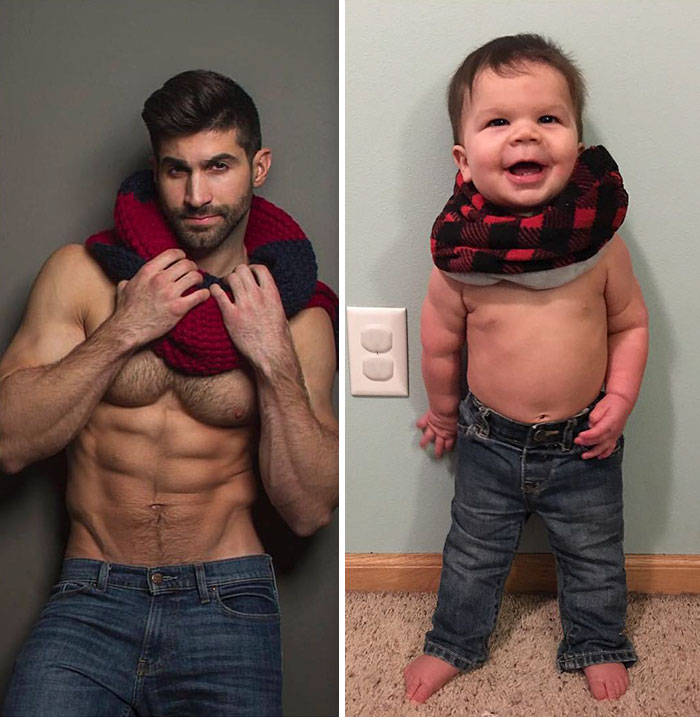 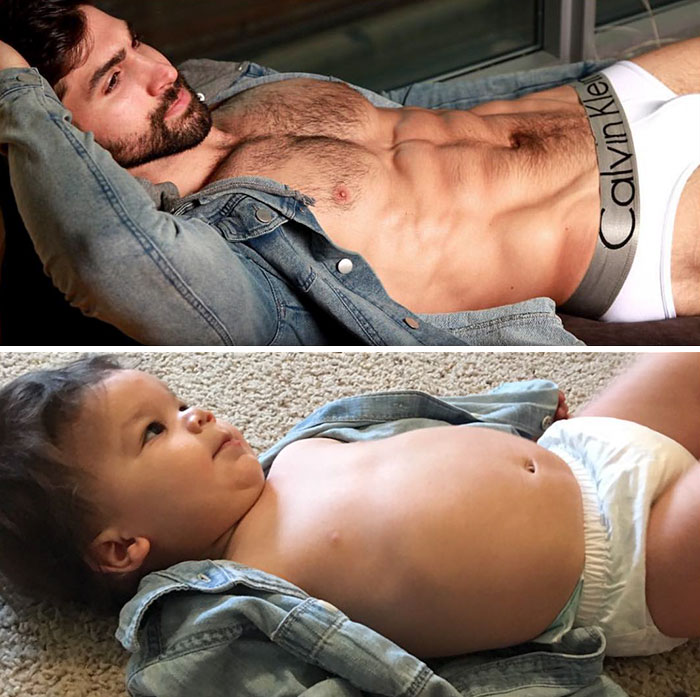 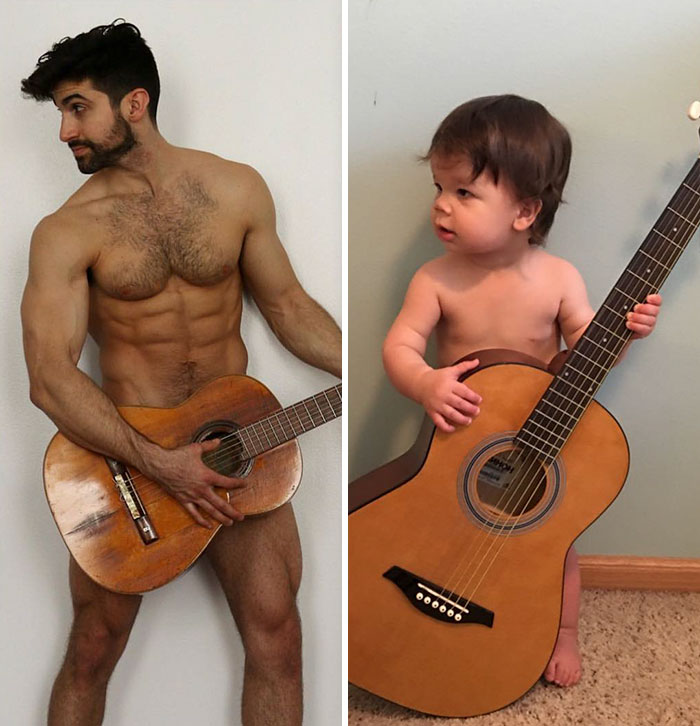 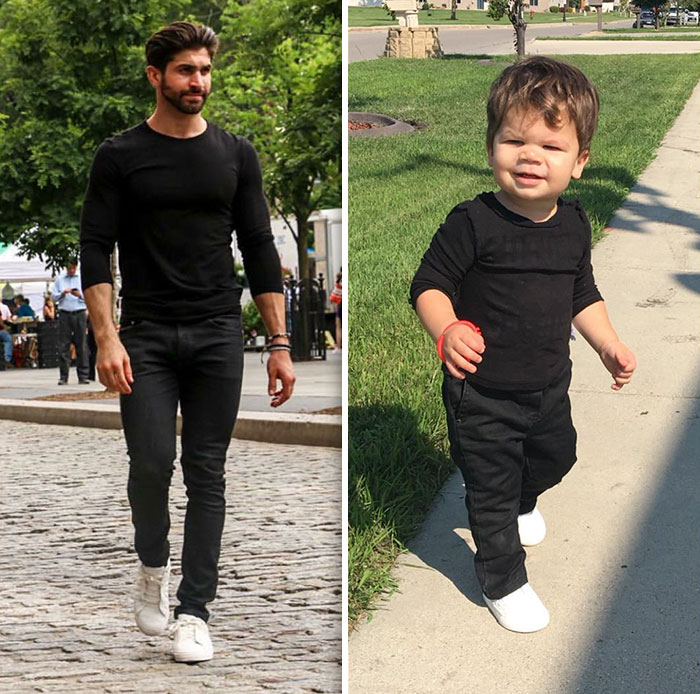 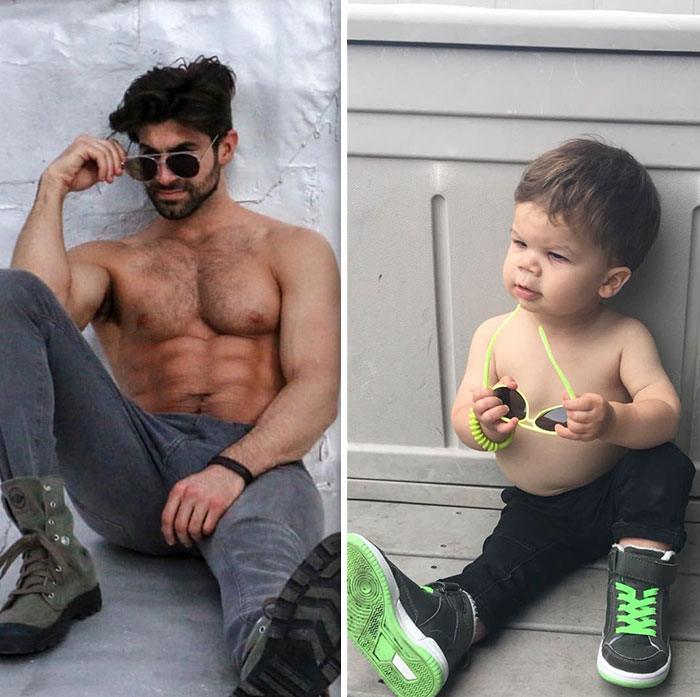 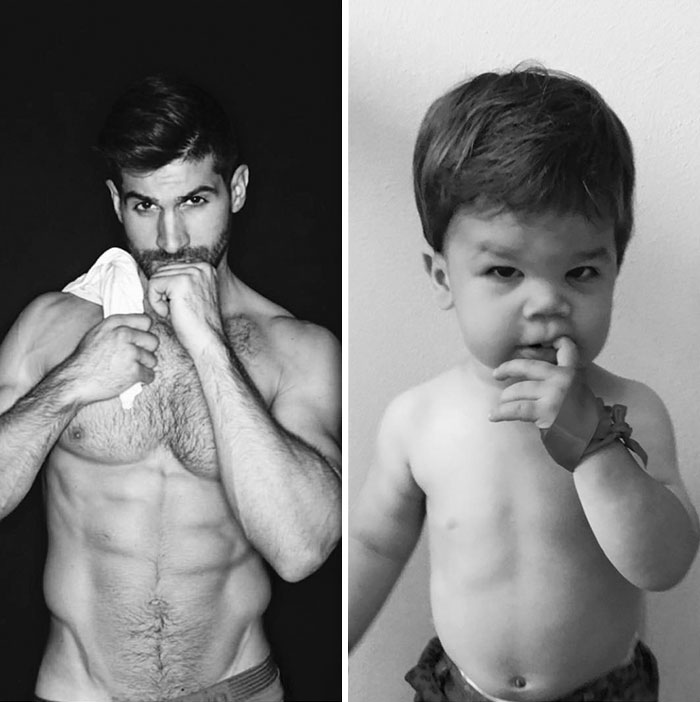 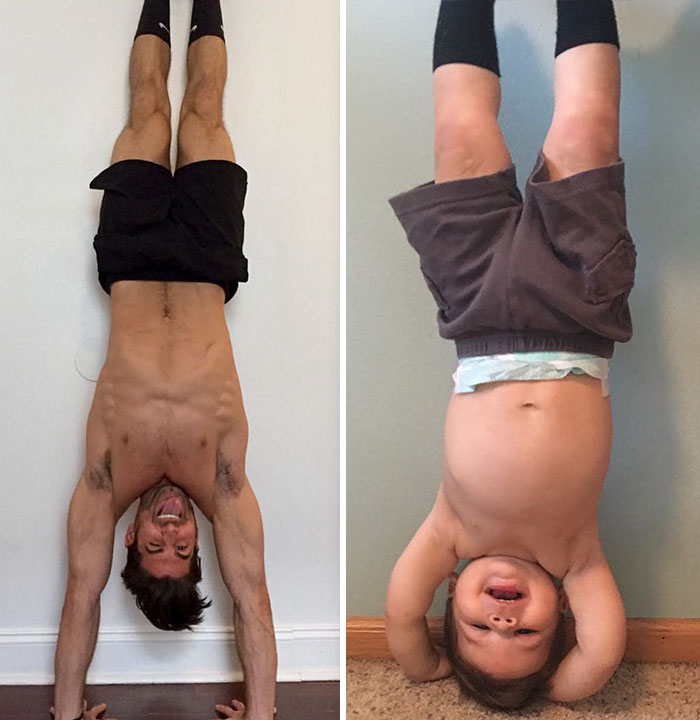 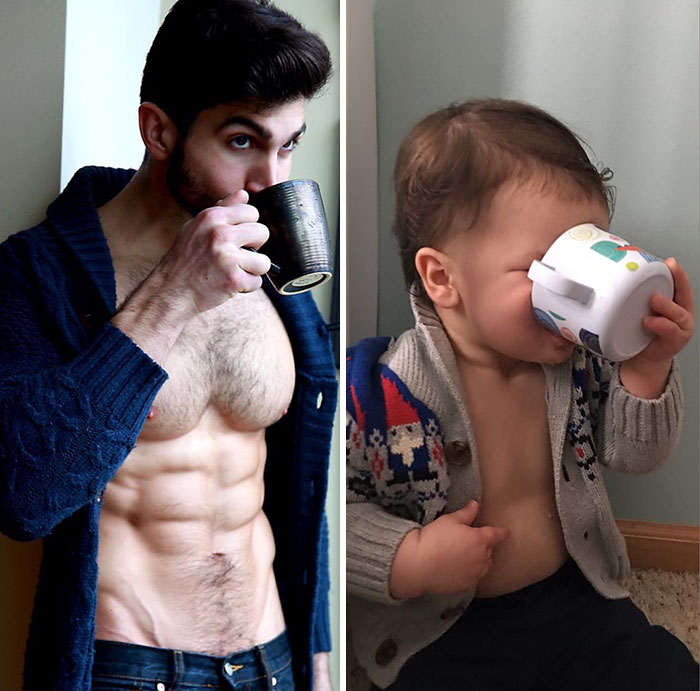 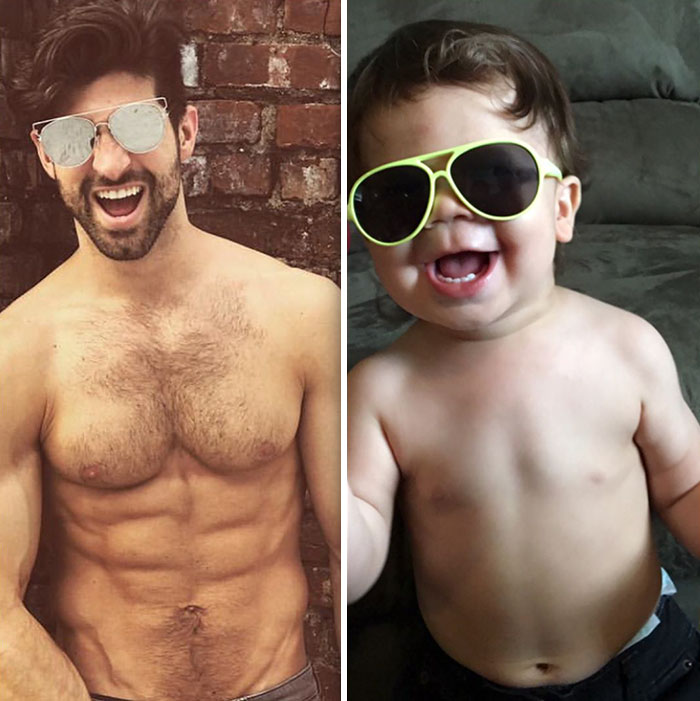