A medical intervention following age-old Chinese principles, the technique can be used to effectively diagnose, address and treat the causes of headaches and migraines.

Of course, such health concerns are very common in the John Tsagaris clinic as a lot of people choose to go down the acupuncture route, rather than take painkillers.

Recent research has justified the effectiveness of acupuncture; it’s found that the technique is significantly superior in managing the condition and it appears that it’s on a par with taking prophylactic pills. The good news with regards to acupuncture, though, is that it comes with no side effects! 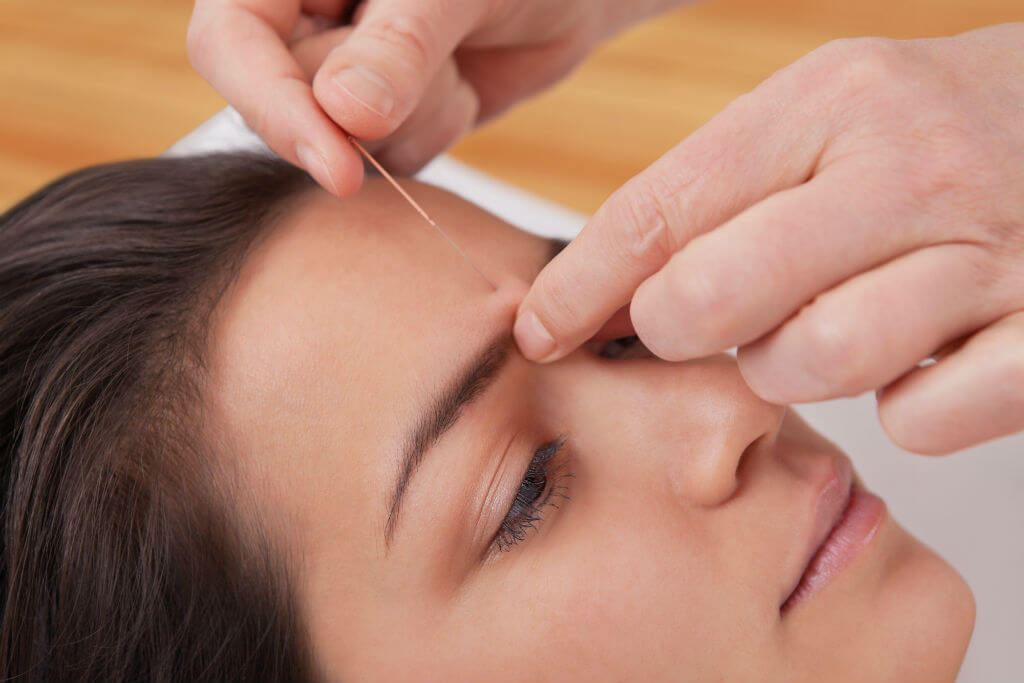 How Does Acupuncture Help?

From a Chinese medicine perspective, acupuncture assists by alleviating tension, pain and stress, while relaxing tight muscles. Plus, your Chinese doctor will address the underlying cause of the concern and will apply a particular strategy to alleviate migraines while also getting to the root causes of the concern.

Acupuncture is effective as a pain reliever, as it works a vasolidator and muscle relaxant, stimulating according to the right needle manipulation brain neurochemicals, such as endorphins, opioids, serotonin and Nitric Oxide. These all help with peripheral microcirculation and oxygenation, as well as reducing the expression of pro-inflammatory cytokines/mediators and pro-nerve growth factors (NGF) associated with migraines.

The neurochemical response following an effective treatment will trigger an anti-inflammatory effect on the body.

Acupuncture inhibits ERK1/2-COX-2 and ERK1/2-CREB-NK-1 pathway activation, which are neurochemical enzyme-like triggers for pain and inflammation. So in monitoring these enzymes, pain is, of course, relieved.

Despite this, even more research is needed to identify different patterns of acupuncture and its therapeutic outcome. Modern research has even measured precise biological responses to acupuncture by looking at the use of specific points irrespectively to the traditional Chinese diagnosis and treatment principle.

Recent studies claim that the analgesic effects of electro-acupuncture (EA), in particular, are mediated by opioid peptides in the brain. There’s also further evidence of the role of nitric oxide (NO) in regulating the cardiovascular responses to EA stimulation through different brain pathways.

Other chemicals – including serotonin amino acids like glutamate and α-aminobutyric acid (GABA) – could also be investigated further as their mediation of certain cardiovascular and analgesic effects as chemical bio-products of acupuncture.

The Positive Effects of Acupuncture…

The positive effects of acupuncture have been justified by the sensory stimulation of the CNS. Needle insertion into the skin and deeper tissues results in a particular patterns of activity in the peripheral nerves, providing regulation and neuro-protective results.

Acupuncture have been associated with the release of neuropeptides from nerve endings and modulation of the expression of neuro-trophins, which makes the technique a useful tool when it comes to positively affecting the nervous system. Interestingly, other methods – such as exercise – also have benefits for the nervous system, in that it they are neuro-protective.

On the journey to exploring different aspects and mechanisms of acupuncture, the ‘placebo’ effect has also been investigated by British scientists. Their conclusion? Acupuncture is evidently superior to a placebo in controlled studies. Of course, what that means for you is it’s an effective method for alleviating your migraine, while it also helps improve the wellbeing of the patients with chronic pain-associated concerns.

Did you know that in the UK, the condition affects up to 20% of women and 6% of men? Maybe it’s about time you removed yourself from that percentage and instead gave acupuncture a try?