The Gang-Seo police station in Pusan seems like a regular police station but there is something special about it. The station has a cat that’s on duty at the guard post that’s been supporting her colleagues. The cat’s name is Molang which means “Do not know” because no one knows anything about the cat. 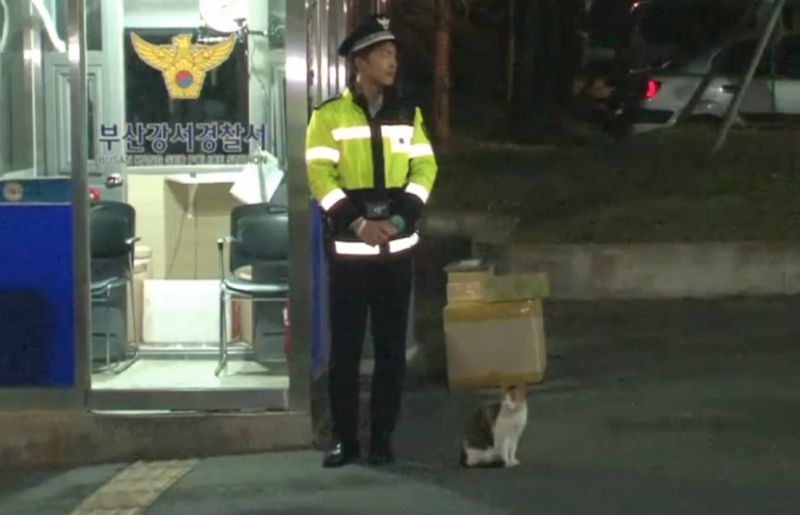 Here’s the story about how Molang became a post guard in the police station. 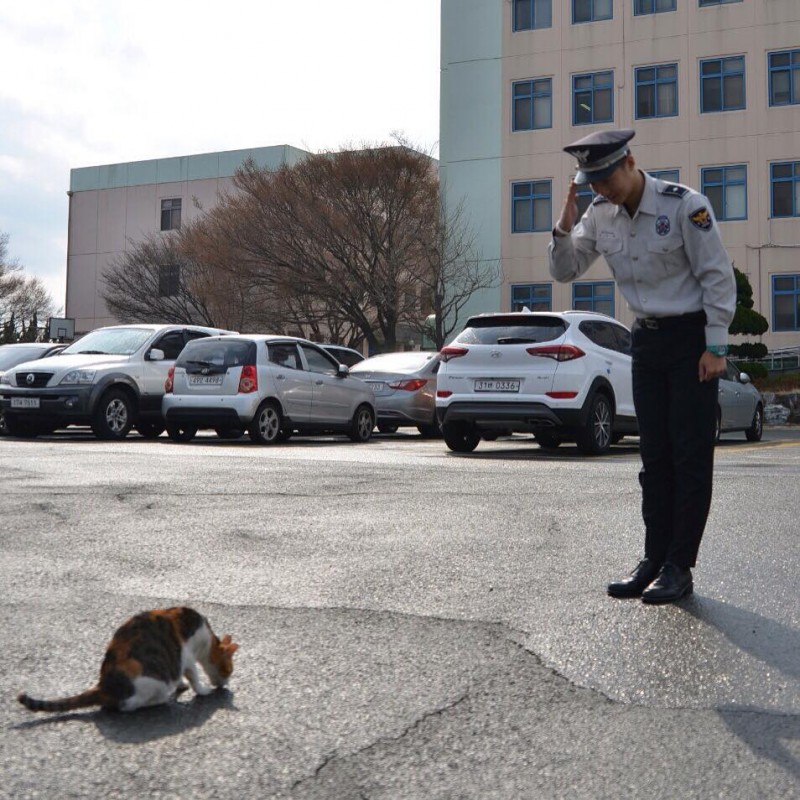 Three policeman buried Molang’s kitten 3 years ago when it got hit by a car. Molang was watching these men burying her small baby from a distance. Three months later, Molang came into the guard post where the same 3 officers were on duty. The officers noticed that their visitor is pregnant again. Molang gave birth to four kittens in the guard post. They even helped Molang to give birth, they cut kittens’ umbilical cord. 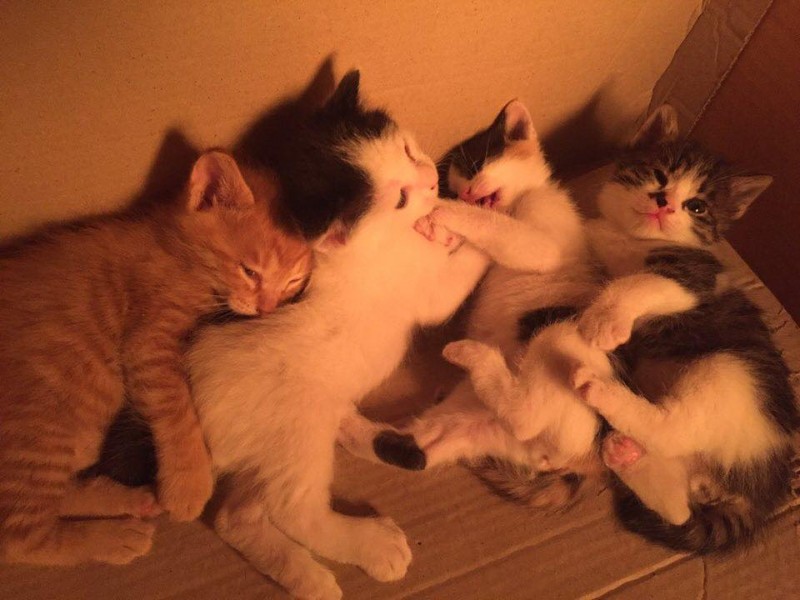 From that day on, Molang is the mascot of the Gang-Seo police station. Molang is a full time working mom and she’s balancing her professional and private life amazingly. She even got her uniform which officially made her a police cat. 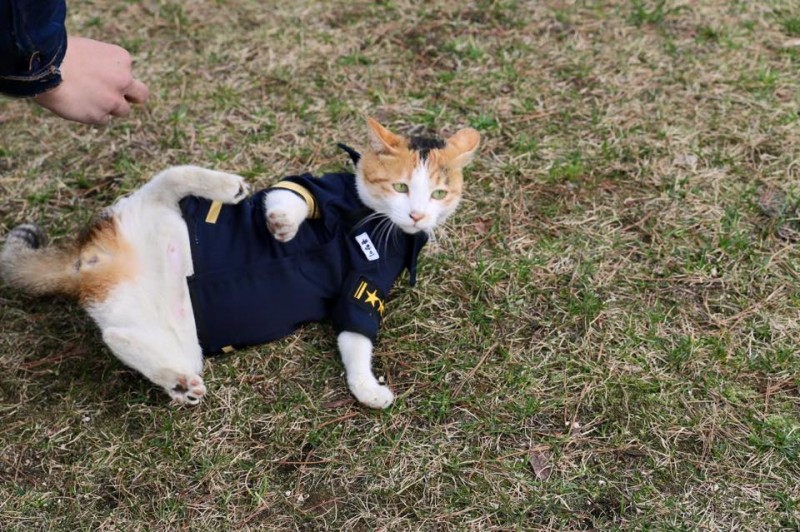 And the kittens are also enjoying their new uniforms like their mum. 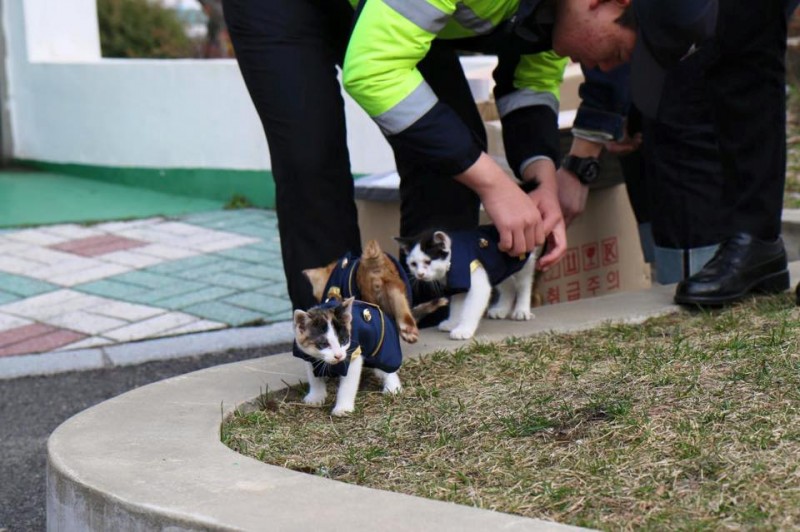