This is a story that will definitely brighten your day. Meet China, a cat that is a threat to her neighbors. China is not bad or anything, but she’s a real thief. She walks around the neighbors’ yards and steals anything that she can find. Anything is great to steel, from aluminum wire to socks and lighters. 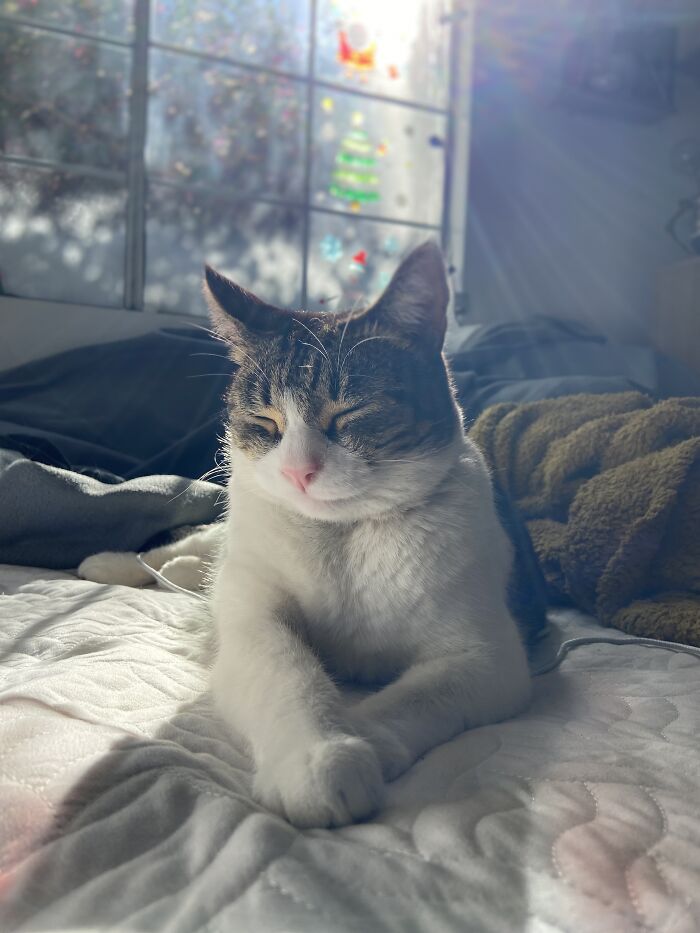 China’s owner, Monica, explains that the cat came into her life in 2013. A friend found 3 kittens in her yard and she was looking a foster. China was the only girls, so Monica decided to foster her. Monica already had a 4-month old male cat named Waffles. Monica fell in love with the kitten, so she decided to become her forever mom. 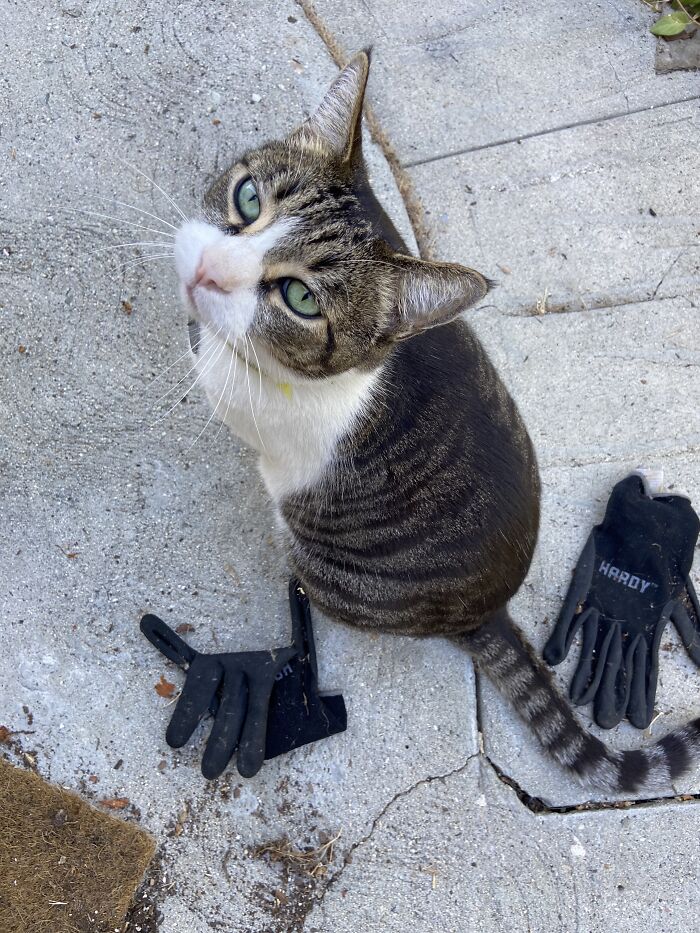 “It started when she was like 2-3 years old with my housemate’s clean socks. We were sitting on the couch one day and heard her. She was making some weird meows so we slowly peeked around the corner and saw her dropping the sock by my door. It was the funniest thing we had seen! One day, my housemate sent me a text with a picture of all his socks by my door explaining that he was leaving for work and couldn’t find his socks, so he checked my door. It was hilarious! We had to hide the dog poop bags because she would steal the roll and leave a trail of unraveled bags all over the apartment leading to my door. She has such a strong personality and when she wants something, she’ll do just about anything to get it. Most of my things are basically held down with earthquake putty and every night, I do a China Safety Check just to make sure everything is safe from her nightly prowl.When I moved to my current spot is when the real ‘cat burglary’ started. I was leaving to work one day and found a pack of cigarettes at my entrance. I assumed it was a housemate’s so I put it to the side and thought they’d come back for it. I came back from work and found matches. I was so confused. A few days later more items started appearing and that’s when I pieced it together. She had been burglarizing my neighbor’s yard and wouldn’t stop. I would put everything back in their yard as soon as she dropped it and she would bring them back immediately like ‘Hey! I thought I gave you this!’ so I had to wait until the end of the day to return all the items,” explains Monica. 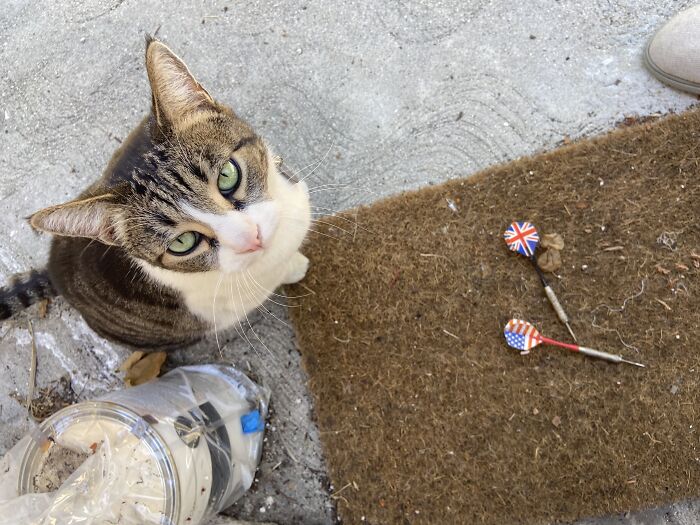 Since the pandemic lockdown started, Monica lost her job, so she spends all day at home and lets China out as much as she want. She spends her day stealing and bringing home the stolen objects. 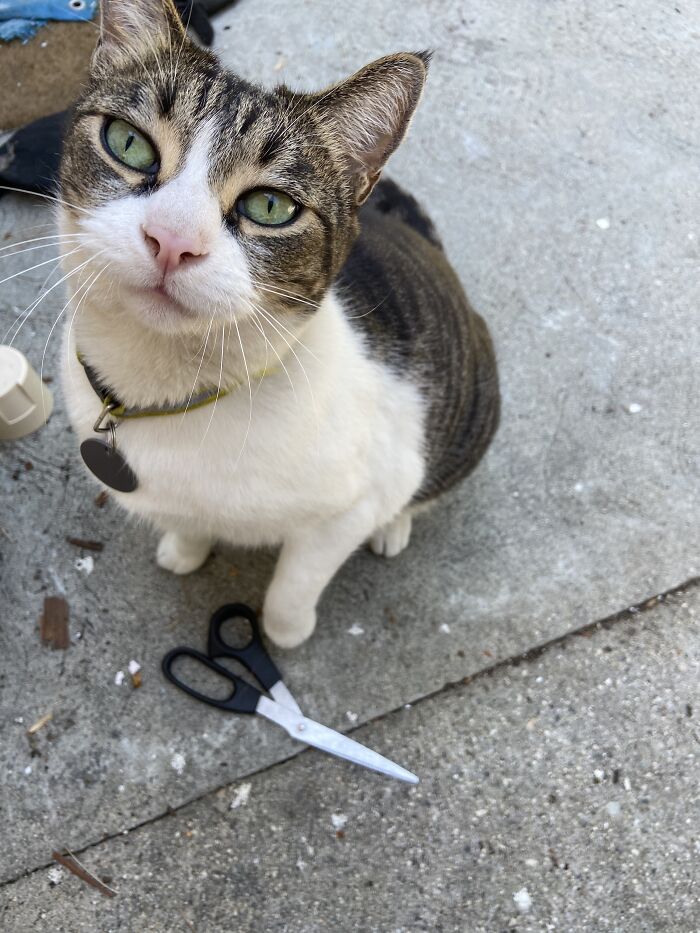 “When it started, she would keep coming to my door calling for me with something in her mouth and I thought it was adorable. Figured out she has a routine. Every morning, she begs to go out. I’ll let her out and she’ll quickly run to her favorite patch of dirt to roll around in it then off to burglarize the streets. She’ll come back with something, drop it at my door, sit and yell for me. If I open the door, she’ll come in and nibble like cheetahs do after running top speeds after a hunt. I always think of that when she’s snacking. So, I decided to set up the camera. I felt like no one really believed me. It was just too funny. My friends really enjoyed it and it made their day. They would ask me about her and if I had any more videos of her stealing things and my nightly backyard wildlife activities. She’s such a character that I just thought a lot of people would enjoy seeing this, so I started Songs Of My Felines,” says Monica.

Monica was scared at first how her neighbors would react. She couldn’t keep covering for thief China, so she decided to come clean. She left the neighbors a bag with their stolen items and a note with her IG/TikTok in case they wanted to see for themselves what was really happening. Luckily, the neighbors saw the videos and did’t have any problem with China stealing from them. 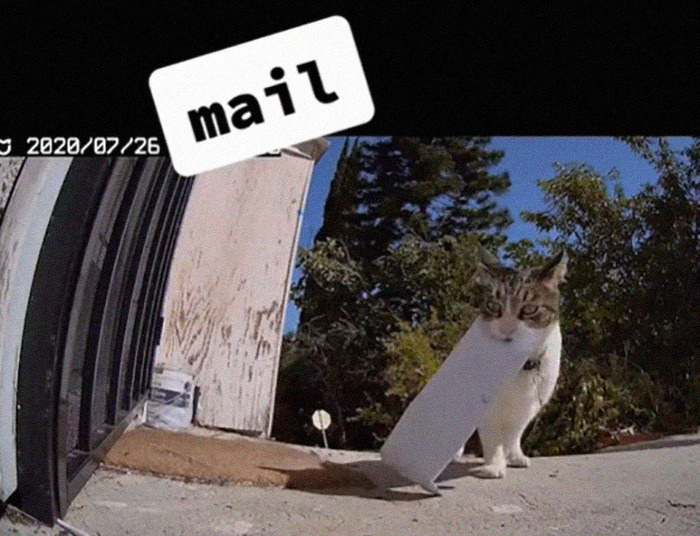 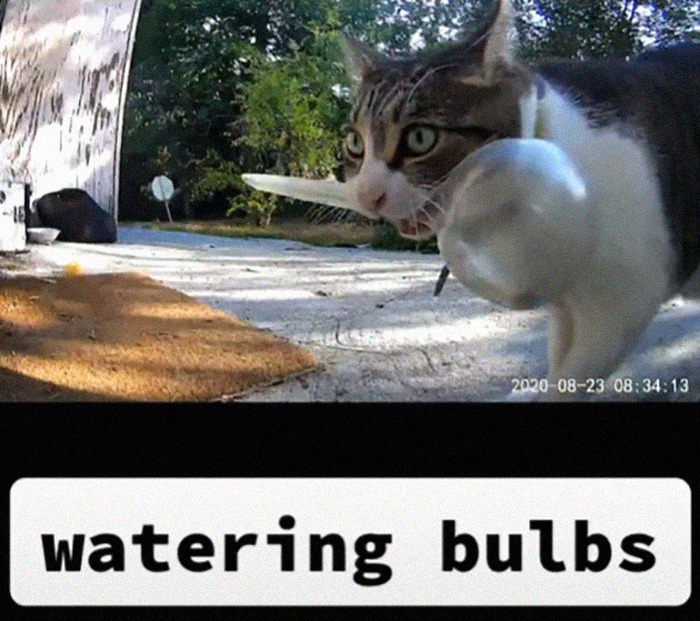 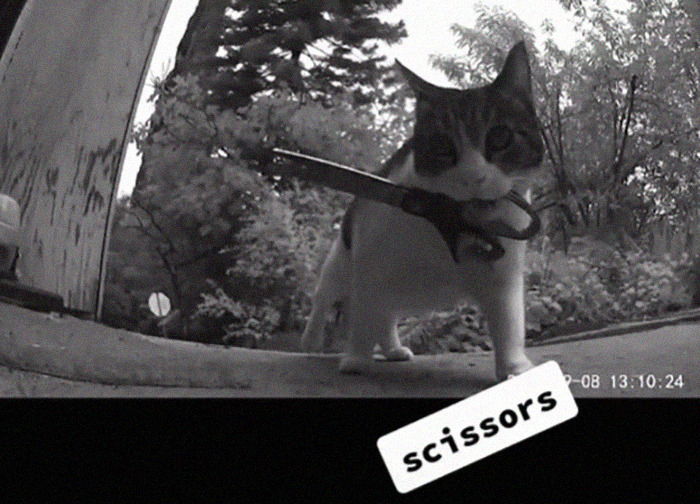 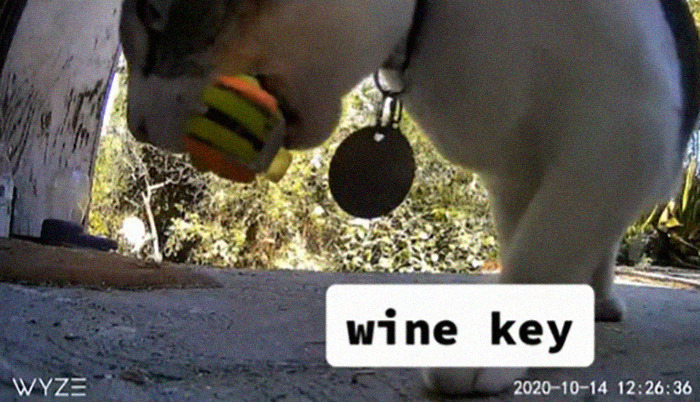