When life gives you lemon, you make lemonade. 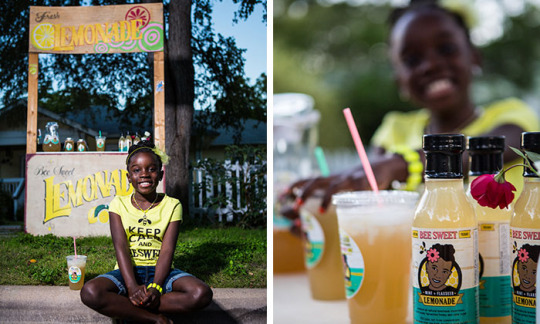 She is only 11 years old and already earns millions. This incredibly intelligent girl from Texas has just made a deal with 55 Whole Food markets worth $ 11 million for selling her brand of lemonade.

Mikaila Ulmer  appeared on the TV show Shark Tank where they were around 600 young innovators with ideas to get investment and won $60,000 for her efforts. Now, Mikaila Ulmer’s lemonade can be purchased in 4 states: Texas, Oklahoma, Arkansas, and Louisiana.

After her first appearance on the show, she had the honor to serve the US president, Barack Obama, a glass of her lemonade, as a part of the Google campaign ‘Dare to be Digital’.

Her famous lemonade is made by her grandma’s recipe: lemons, menthol, flaxseed and honey.

Mikaila got the idea for BeeSweet Lemonade when she was only 4 years old after she was bitten twice by bees. “It hurt me a lot and I was afraid of bees,” said Mikaila. But then she began to study bees and something strange happened – she became fascinated by them. Then she came up with a plan to use the recipe for the lemonade from her grandmother to raise money to help the bees.

Because her unique lemonade recipe is based around honey, she felt that she needed to pay it forward. That’s why a large amount of her earnings goes towards rescuing and researching bees.