Leaving work to care for your newborn is a common shift in priority for some mothers, but the degree to which this is a human right differs around the world. Often though, the amount of maternity rights afforded to new mothers depends on the economic prosperity of that country – except in the US.

What is important here is choice, not that women should not be working upon having a child. The National Bureau of Economic Research showed that working moms do not lower the quality of parenting overall, and of course, a compulsory extended maternity leave could be a large factor in engineering workplace inequality.

However, forcing a new mom back to work a few weeks after having a baby is not the answer either. Other studies have shown that adequate maternity leave can lead to health benefits for the mother, increased breastfeeding rates, lower infant mortality rates, and higher female labor force participation.

Clearly, there are damaging consequences of forcing a new mother into doing the opposite of what they feel naturally inclined to do – whether it’s getting back to work or taking some paid leave. It’s not about what a mom should do, it’s about what they can do. 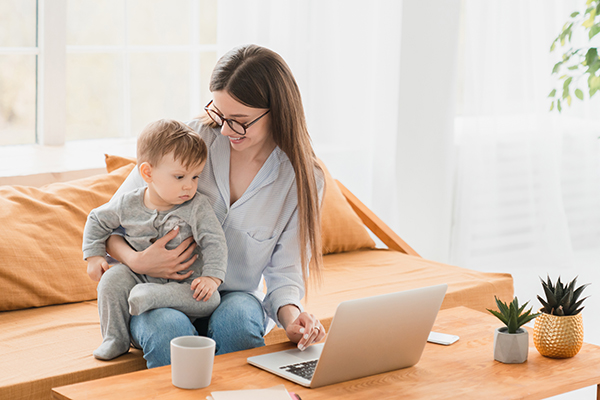 How the US compares with Europe

In the UK, female employees have access to 39 weeks of maternity leave, of which the first 6 weeks are paid at 90% of their average weekly earnings, and the remaining 33 weeks are paid at a maximum of £148.68 per week (April 2022).

Iceland, Sweden and Austria are all similar – if not more preferable – in their maternity leave options. Women get up to 18 weeks of maternity leave in Spain too, though it’s more typically 16 weeks. Spain is an example of compulsory leave, in which a minimum of 6 weeks must be taken off leading up to the due date, along with an additional 10 weeks of full absence (or 20 weeks of half-day) must be taken starting from the child’s birth.

The US, which has a far larger economy than the mentioned countries (even per capita), has precisely zero weeks of statutory paid maternity leave.

The only law protecting new mothers is the Family and Medical Leave Act, which enables some female employees to leave up to 12 weeks (unpaid), though it only applies to 60% of workers. To further demonstrate that this is about ideology and views on female rights more than it is about economics, Mexico has 12 weeks paid 100% paid maternity leave, Chile has around half a year’s worth of pay, whilst Estonia, which has an economy smaller than Twitter, has paid maternity leave for over three years.

There are some states that have gone above and beyond federal laws to ensure that female employees have more rights surrounding their work-life balance.
The Eight states with their own paid family leave laws are:

California, New York, and Washington are perhaps the three best states currently to have a baby in as a working mother. California, in 2018, updated a 2002 paid family leave law that meant employees could receive up to 70% of their income for up to 8 weeks. Hardly groundbreaking, but it’s a start.

New York, on the other hand, pays eligible private workers (so, not everyone) 12 weeks of paid family leave whilst Washington is offering up to 12 weeks of paid leave per year (both family and medical). 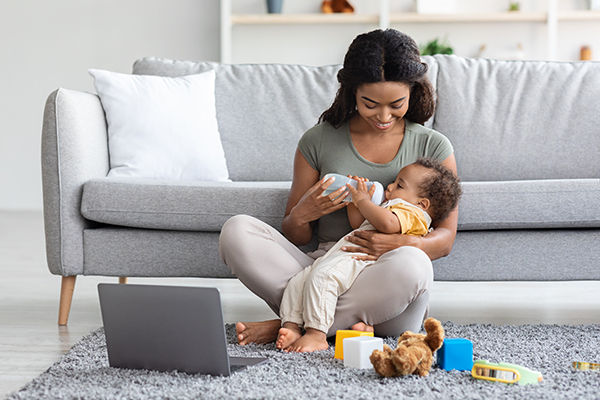 Paternity leave is far from a male-only issue. The lack of paternity leave rights is negatively impacting women all around the world, as male family leave is proven to have health benefits to the mother, a more equitable division of labor within the household, and increased child bonding.

Whilst it’s far from the only cause, a lack of paternity leave is conducive to unequal pay in the workplace, as it creates an artificial precedent that men should be earning money whilst women care. Clearly, letting the household make its own mind up over who gets the family leave (or if it’s shared) can lead to a more equitable workplace just as much as it will leave to a more equitable household.

The US has some catching up to do when it comes to paid family leave, be it health or family-related. Given that even some developing countries are ahead in offering more workers’ rights, it’s clear that more state law changes are only a matter of time.