Shelby, a 2-year old cat, was found abandoned on the streets right before giving birth. One good man found her and gave her food. Shelby was taken to the vet where John, the foster dad, welcomed her into his care. 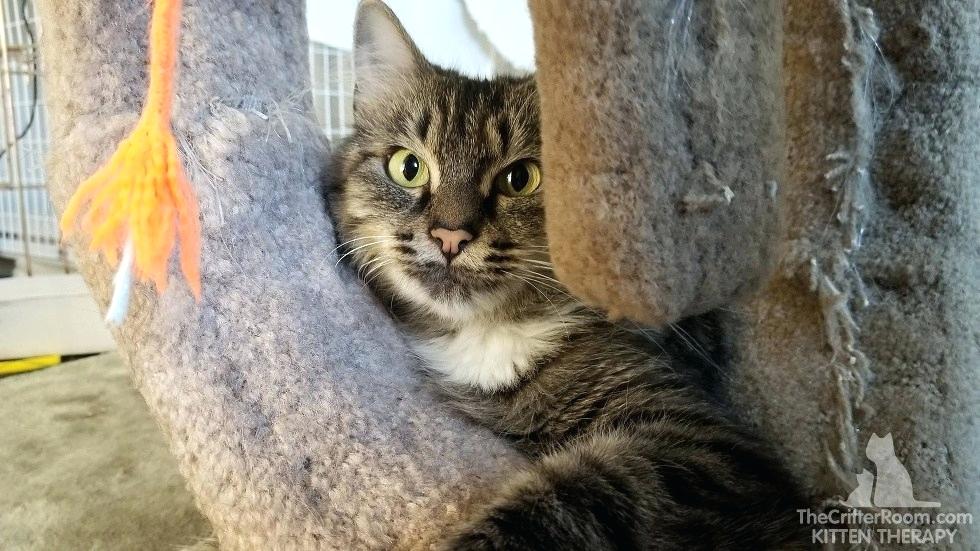 John made sure everything was ready for Shelby and her new babies. On August 25th, Shelby gave birth to 4 kittens, but unfortunately only one made it through birth. The tiny baby was named Sparky. Although Sparky was fighting hard to live, 4 days later he left the world wrapped in her mother’s arms. On the day Sparky died, to everyone’s surprise, Shelby gave birth to her fifth kitten. 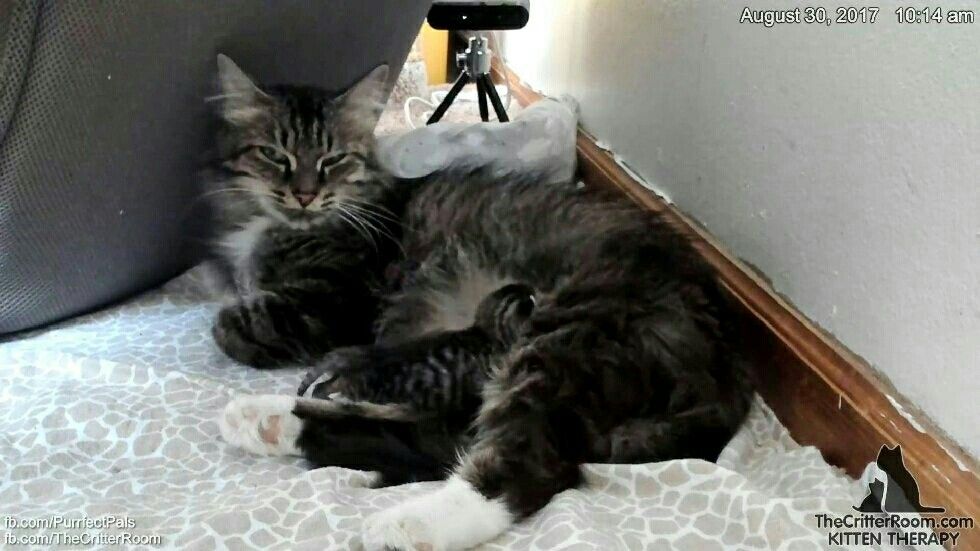 Little Lizzie was born on August 29th, in the car on the way home from the vet. She got her name after the Ford Model T. Lizzie was loud and a strong nurser and a total surprise. Foster dad John made sure Shelby and Lizzie were feeling healthy and good.

Shelby was such a good mom. She had her little miracle baby cradled in her belly, cleaning, nursing and watching over her 24/7. 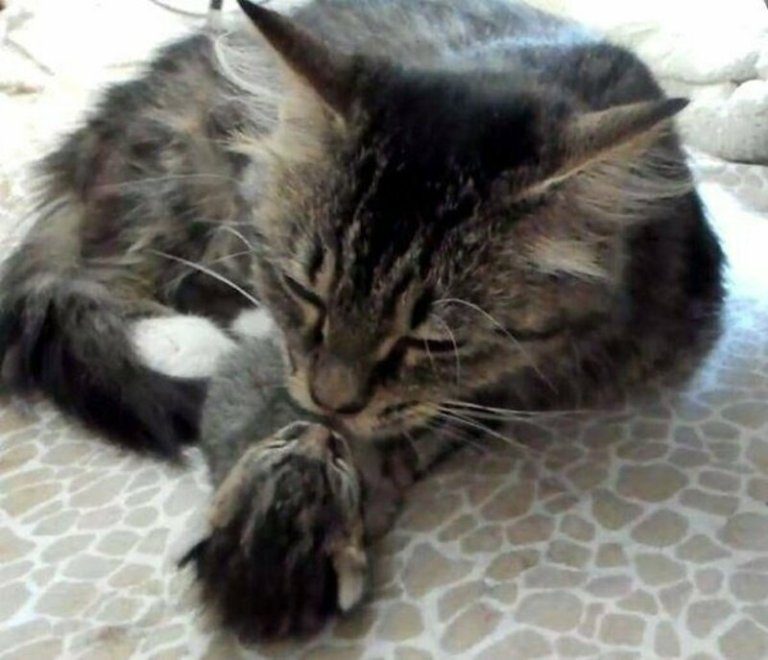 Lizzie was eating well and started gaining weight. She looked a bit small for her age but she was fierce. As she grew, Lizzie’s personality began to shine. She started climbing everything she could lay paws on and play with her mom and the volunteers. When the time for adoption came, everyone wanted to find Lizzie and Shelby a home together, so they could never be apart. 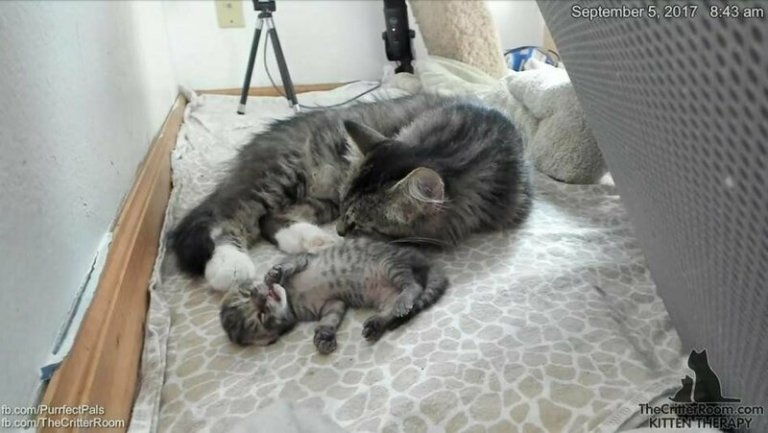 On November 17th, Lizzie and Shelby got adopted and were taken in their forever home where they were welcomed by two other feline friends. 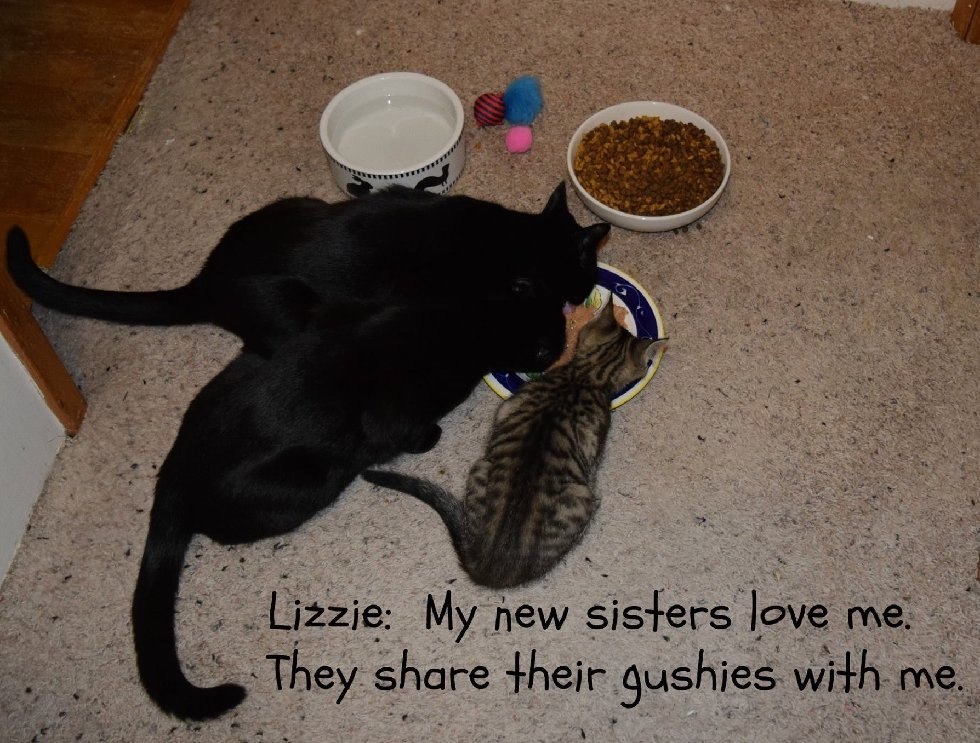 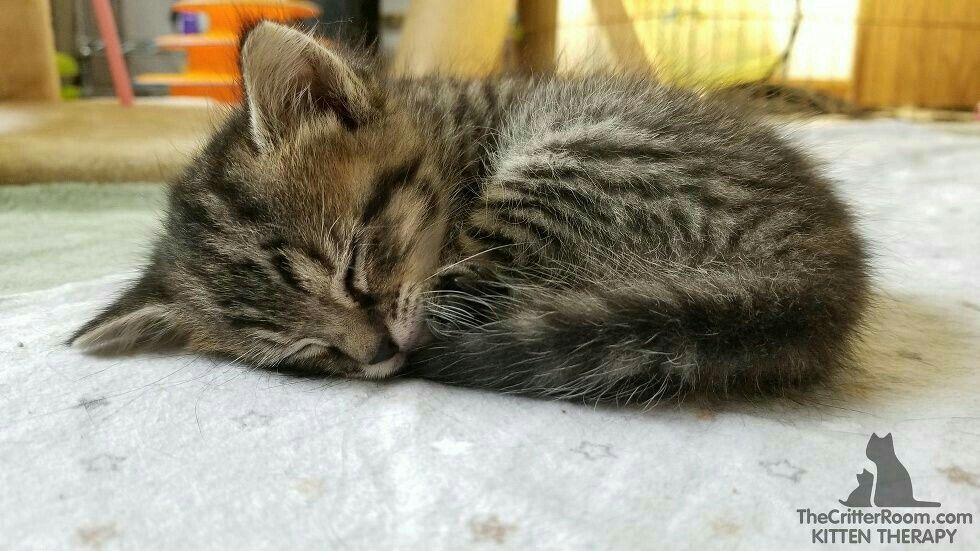 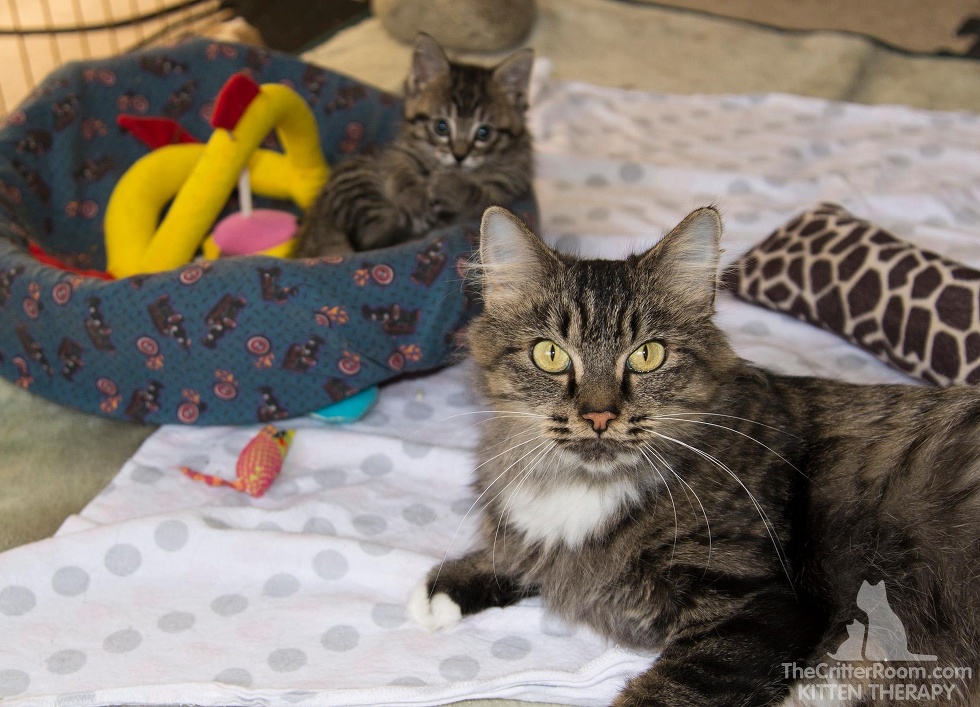