Over the years, the image of a perfect human body has undergone substantial changes. At different times, the owners of the perfect body were Gene Harlow, Marilyn Monroe, Twiggy, Kate Moss. The body shapes of the most admired models have remained consistently slimmer than that of the average American woman, representing a nearly impossible ideal.

Besides, women learn how to love themselves, accept themselves, and they don’t follow all trends blindly because they understand their uniqueness and don’t try to change themselves by force in order to look like a well-known role model.

Let’s see how ideas about the ideal body have changed.

Ideal Beauty Of The Human Body

Two decades of the 20th century and the first decades of the 21st century have different concepts of beauty. During this long period, slim or curvy bodies have been either accepted or rejected but these changes lead to a fact that is well-known now. It is called the body positive movement. 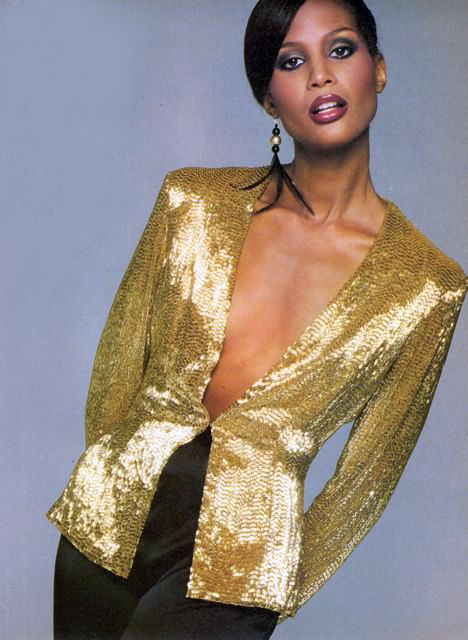 Disco, parties, and aerobics! The 70s were insane and the whole fashion influenced the idea of the perfect beauty of the woman’s body. The ideal woman had a slim-hipped body and a flat stomach. The overall look remained lean, especially in the torso area but curves weren’t prohibited. However, due to the fact that many fashionistas embraced spandex and polyester, the figure should be slim.

Also, this period is known for changing policies as for the petite, girlish, and slim look with a small breast and small hips, accepted in the 1960s. In that period, a rigid diet that helped to achieve this figure has been propagandized.

Besides, the movement “black is beautiful” became popular and black women with elegant facial features, attractive curves, and a thin waist gained popularity and became the cover girls of many fashion magazines. 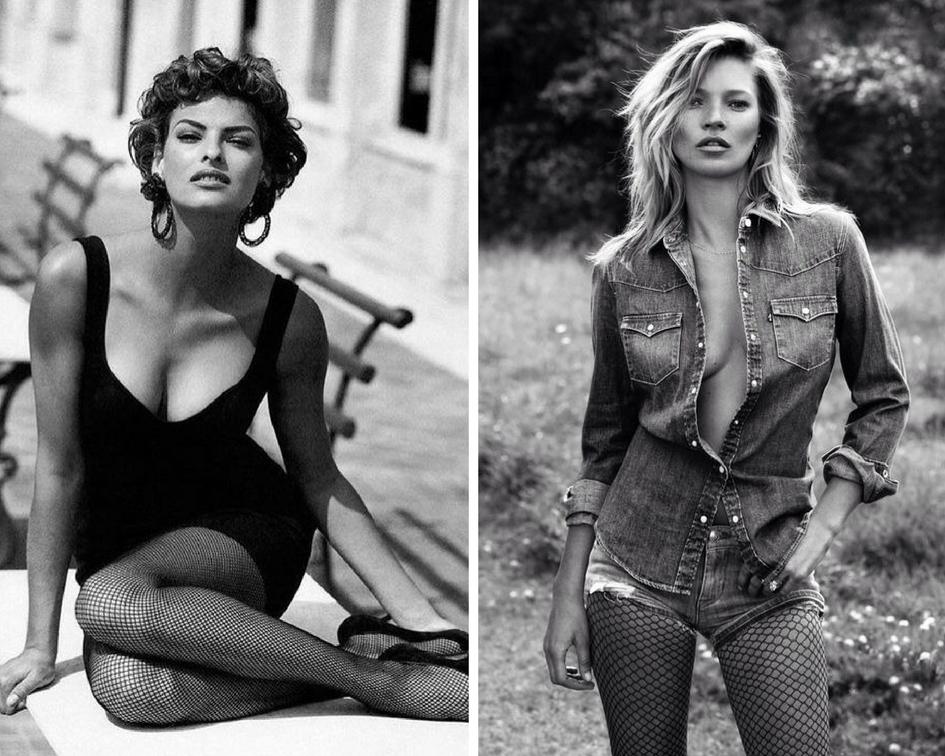 This is a crazy and exciting period in a fashion world. In the 80s, tall and leggy women represented a new feminine ideal. Supermodels such as Linda Evangelista, Elle MacPherson, nicknamed “The Body”, and Naomi Campbell reigned supreme and they dominated the media of this period. Millions of women tried to imitate them and look up to them.

Besides, in 1980, fitness gained popularity thanks to Jane Fonda. Thus, fit women with muscles were perceived to be perfect.

Thereby, a perfect body for the women in 1980 was a tall, slim woman with long legs and not too prominent muscles.

As for the 90s, things are not so unambiguous here. Women were forced to keep to low-fat diets because the ideal body was petite and slim-framed. Kate Moss was the symbol of this era. She was the embodiment of the androgynous waif look and so-called “heroin chic.”

Besides, in the 90s, piercing was on the rise and young women idolized The Spice Girls and they expanded their boundaries with the style choices, including wearing the ear piercing (the earlobe piercing, rook piercing) and pierced women liked an array of “edgier” piercings, like the tongue piercing, septum piercing, nose piercing. However, the piercing wasn’t the only body modification that women have done. Other types of explicit ornaments such as tattooing and the surface piercing were popular. 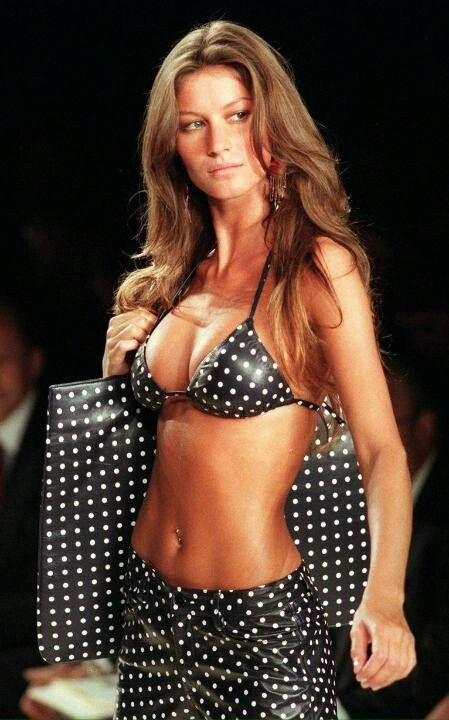 This period marked the end of the era of “heroin chic.” Models with abs and an airbrush tan replaced pale and androgynous models of the 90s. In the 2000s, Gisele Bündchen was called “The most beautiful girl in the world.” Many women became fans of fitness and the tan was considered fashionable and all women were eager to imitate the top models.

Also, instead of body positivity, the early 2000s focused heavily on diet culture. It was promoted everywhere: from movies to magazines. A famous “Bridget Jones’s Diary” is one of the best illustrations of the attitude towards the woman’s body. Besides, mainstream fashion also shared the obsession with thinness.

In the meantime, at the end of the decade, after a revolutionary speech of Tyra Banks, who commented on the accusation of the weight gain, the modern body positive movement started coming together.

In 2009, Glamour – a fashion magazine published an unretouched photo of a model with stretch marks and that’s become a revolution. In fact, that moment has spearheaded the modern body positive movement. 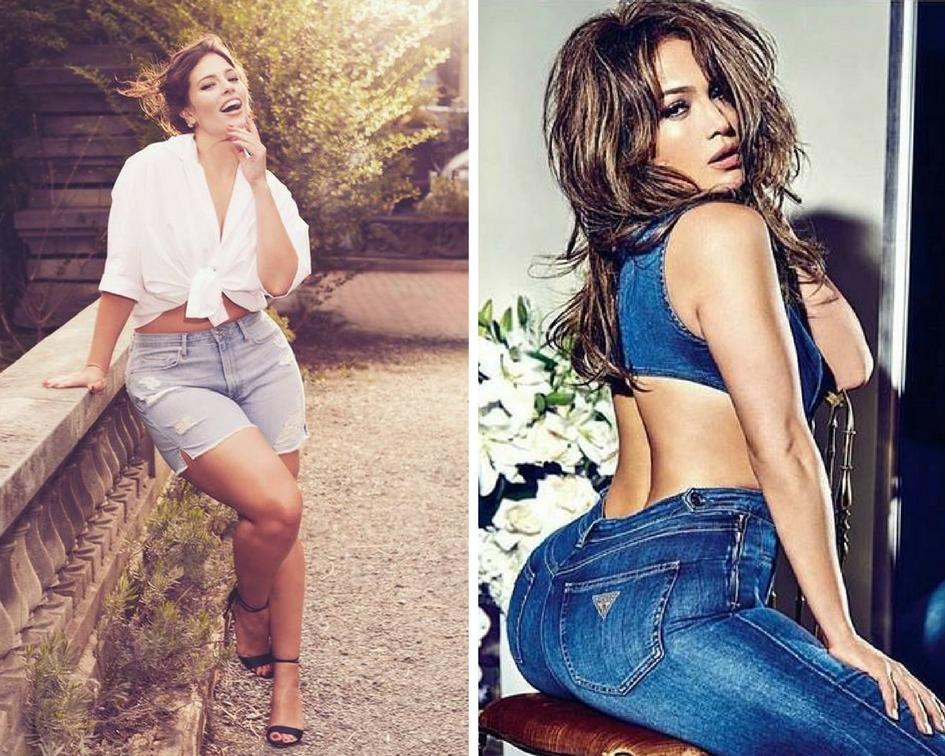 Kim Kardashian broke the Internet with her backside, many pop singers tried to follow the image of the booty babe. A curvy body is a trend, which has altered the concept of an ideal of the human body. Pale, petite, and tall women with long legs are no longer the only beautiful women on the earth.

However, not each woman can become a booty babe due to some physical peculiarities. In this case, surgical augmentation, which is a type of body modification, comes into play. Surgical augmentation, in contrast to the explicit ornaments, augments another part of the body. Due to the trends, breast implants, silicone injections, subdermal implants become popular. The major drawback is that enhancing well-being in natural ways isn’t promoted.

More and more women embrace body positivity and follow the Body Positive Movement. This movement encourages people to adopt more forgiving and affirming attitudes towards their bodies, with the goal of improving overall health and well-being.

Thus, the idea of the body ideal has been changed. Now, the ideal body is that which every woman has, regardless of her parameters. Plus size models along with traditional models will conquer the podium, women no longer seek to lose weight. Instead of it, they learn to perceive themselves as they are.

Body ideals are a trend that changes over the years and it is promoted by the media. However, women shouldn’t perceive this trend too seriously because every woman is charming and unique in her special and attractive way. It doesn’t matter how old you are and what body type you have. All you should remember is that the media’s idea of beauty is subjective and changes quickly but confidence is always in style.