Lego is the stylized name of a range of construction games which are manufactured by The Lego Group. The company is based out in Billund, Denmark. This is their patented product, and it has now become famous all over the world. Lego games contain plastic bricks that are designed in a way that you can interlock them to build various structures. Apart from this, they also have a variety of colorful building gear and miniature figurines called Minifigures. You can construct buildings, more significant objects, vehicles, and so many other things. The pieces that you have assembled to create something can again be de-assembled to reuse and create different purposes.

How to Play with Legos?

Legos can be entertaining for both children and adults, and there are several ways to play with them. Either you can build objects out of your imagination, or you can even refer to theme sheets that are a part of a Lego game set. Here is how to create new things with Lego. Children can learn so much with these games and with Bricks4kidz Atlanta you can get to know so many more ways to introduce your children to this game. 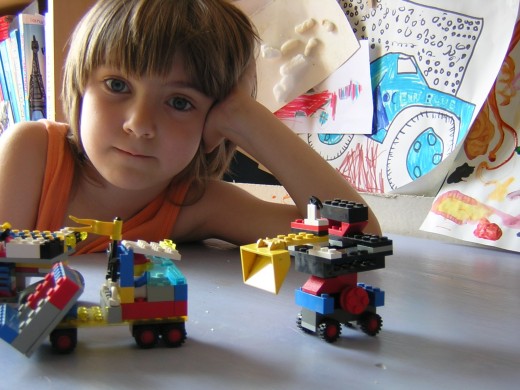 You have been to so many places around the city, for example, famous buildings, museums, libraries and some more. Now can you imagine the picture of those and create some models that can represent them? Of course, you can do that with Lego. You can re-create your favorite place and put it up as a model! Moreover, you can refer to the internet to check for more ideas to build famous buildings from all over the world, for example, the Lincoln Memorial in the USA or the Roman Colosseum.

It is fascinating to re-create themed sets, or you can keep the themes as a reference and design something you have already done before but in a new way. This is an excellent way of testing someone’s creativity, especially children. For example, you already have a pirate game which has boats and beaches. You can ask your child to re-create the story by replacing bits and parts of the scenario. So, he learns building and creating new objects and also understands how story creation is done. In a similar way, you can refer to other stories or scenarios to re-create them.

When you build a structure or building, and it somehow falls, you have to think about how you can construct a stronger base or assemble the parts to build a higher building. A trick to give your structure some height is by starting to rely on a broader base. This will prevent the building from becoming steeper.

To build a strong structure, use the rectangular or square bricks and make sure that each level that you rely on your tower is even and equal. Keep tapering the blocks as you go higher above, and this will help you reach the top-most point. If you want to know more, then the record of the tallest Lego tower is of 118 ft. or 36 meters in height.

You can create all your favorite characters, including minions, unicorns, cats, princesses, dinosaurs, Harry Potter story characters, and so much more. You can make possibly anything from Lego if you work on your creativity more. Refer to an image first and fix it in your mind. Next, you need to pick up the bricks and adjust the colors for your character. Try to stick to the authentic color combinations if you are recreating popular characters.

Further, you can build as many characters as you wish to and work on creating a whole Lego city. For example, you can create more and more people from various walks of life and create a city-life theme.

Let your child’s imagination run in whichever direction possible and let him create all the weird things he can imagine. This is the whole point of playing with Lego. It will make you so much more creative. If it is you who are trying to build something and you are clueless, start stacking the blocks creatively and let us see what you can come up with. Maybe you will be amazed at your work later!

How to Play Lego with Others

You can play Lego at your home all alone or with a friend. Let your kids learn the meaning of group games by encouraging them to play with other friends. You can rest assured that the fun will keep increasing.

You can plan for an amazing Lego party for any event that you are hosting. It can be a birthday or just casual friends’ night. You have to focus on Lego everywhere in the house. You can start with building objects and develop them into stories such as Avengers and Star Wars.

This idea could work for your child’s birthday as well. Decorate the whole house with his favorite super-hero movie characters. Next, get a Lego-themed cake which is not very difficult to understand and also some cake poppers and pizza cut out like Legos. The kids are surely going to love the idea and cherish it for years.

Refer to your favorite board game and make a replica board game using Lego bricks and tools. Now set the mini Lego characters that you have created to play with them. You can let your friend build his characters, and you can play together. You can also create a whole new game and teach your friend how to play it. You both can also jot down the rules of the original game if you might want to play it some other time too. This is going to take the fun up to the next level altogether.

You can play this fun game with one friend or as many friends as you want. The more the people together, the more the fun is. Next, you need a Lego platform, all the building blocks, and blindfolds for each player. You guys can bring in all your Lego sets and play together to have more options and more Lego blocks to build towers and cities.

Now set the timer to say 5-6 minutes and put your blind-folds on. Try to feel the Lego pieces and start assembling them to build a tower. The one who can make the tallest tower with the blindfold on and within the given time, that person is declared the winner. You all can have your own small Lego League party after this. The games can be changed in a way that the towers can be replaced with anything else such as cars or figures.

This is one of the best group games you can plan to play with your friends. The game rules are such that a tower or building will be made out of Lego blocks and will be built around a secret gift. Now the players have to each take turns to pull out as many blocks as possible within a given time, say 10 seconds. The one who pulls out the last blocks to uncover the secret treasure will be declared the winner.

We all had already heard of the word ‘Lego’ but were not aware of what it was. This article tells you everything about what Lego means. You can also take some fantastic ideas on how to play using Lego tools and parts.